‘Cinema and Television are Powerful Forces in Solving Problems’ 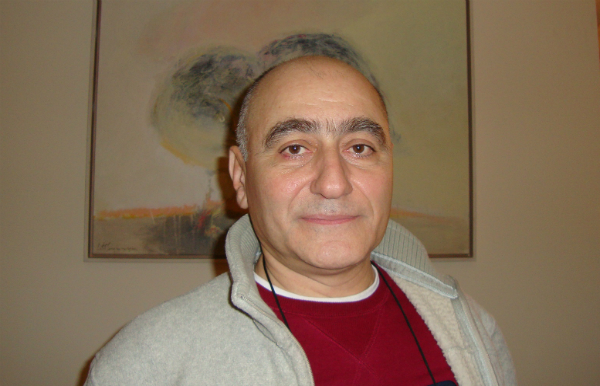 Recently I went to the film developing section of a film lab in Moscow and asked, can I touch the celluloid? Can I smell it? Of course, there is the longing for celluloid film, but there’s no going back to that costly film production.

Technology develops quite rapidly: something new is born every day and the quality of digital cinematography is constantly improving.

The access to technology broadened the visual arena. Now every child can make his own video or movie with his phone. Of course that’s not yet [considered] art or a quality product; rather, it’s a normal process. The problem is that this visual access constrains and constricts art; the aesthetic decreases; the ideas and value of the message diminish. Though, of course, professional work always shows; you can’t hide it.

I think, the meaning of any creative work is to grace the audience with aesthetic pleasure and a spiritual jolt. If there’s that, then there’s art as well. But now the visual arena is so broad, that art has been pushed to a corner, shrunk, and hardened. On top of that, a large portion of visual product is comprised of TV series and advertising; that is, that which has almost nothing to do with art.

It’s interesting that many screenwriters working in Hollywood have migrated from cinema to television, which feels the need for a filmic approach and a dramaturgical quality product. Of course, it’s also because of financing: a few years, screenwriters declared a strike, but it didn’t lead to results and many (the best) preferred to write not for film, but for [TV] series.

And in Armenia? The thing is, the “train of time” speeds quickly by, and we have hopelessly fallen behind it. And this is in all sectors. Falling behind in cinema and television is more so the result of the thinking of the state, the attitude of ruling authorities.

Television is mainly used as a political instrument, with which “brains are washed” and diverged from the main [issue]. In this type of television, art simply cannot exist, while no attention whatsoever is paid to cinema. None of our presidents likes cinema and doesn’t consider it important. Of course, it’s understandable that we have a lot of problems, we’re in a blockade, but that can’t be a justification because both cinema and television are powerful forces in solving problems. They are the face of the state which appears everywhere — in movie theaters, on the internet, on the TV screen. It can even be said that the first figure of the 21st century is cinema.

When I see the equipment our TV companies are working with, I am simply amazed. After all, the most important condition of being timely, of delivering information quickly, is the equipment. And we have [TV] channels where camera operators shoot on cassette…

Everyone knows that in order to disseminate news quickly both filming and editing have to be done on the spot and immediately sent through the internet. This speed obliges the camera operator to work more wisely, knowing the rules of shooting information. For example, if you know that the information needs to be sent quickly, you try to avoid panoramic shots or zooming, which are more for establishing the shot than for ensuring the timeliness and objectivity of the information.

The world is now migrating to HDTV. That process is happening in Armenia too; it will be completed in 2–3 years. And in this case, it seems, we won’t fall behind, but the aesthetic, the way and the form the television product is offered is also important.

In my opinion, Armenian TV channels’ news studios are quite sterile: the image is “flat”; there’s no depth and the lighting is off. Of course, I’m not a TV guy — I work in cinema — but every time I watch television, I’m struck by the basic errors of the “behind the scenes” of camera operators, which are the result of a lack of knowledge.

After all, decorations and portrait lighting that provides depth also make the information attractive. If all this exists, the desire to watch, listen, and understand awakens in viewers. But our TV companies are quite rough in their work. For instance, they call a guest to the studio, but during the entire conversation, they show only his profile, not allowing viewers to look at least for one minute in the eyes of the guest, to get a sense of what’s going on inside him (Is he excited? Is he lying? Perhaps he’s touched?). After all, aren’t the eyes the most sensitive instrument for conveying information?

When a person sitting in the studio is filmed properly, his character, his outlook, and his emotions are apparent. So why not do that?

Probably the issue is that our television is very politicized; all the channels are subjected to orders from “above”. Of course, sometimes they also can do slightly “biting” things [sharp commentary], but by and large they say that which is needed. In that sense, we’re a small model of Russia, and in no way are we able to detach ourselves from Russia. Probably like this it’s safer.

In any case, all of Armenia’s TV channels are on repeat: it’s the same faces, the same information offered the same way. On top of that, there are a great many programs that, to a large extent, give nothing to the audience. Of course television has to offer a wide variety of programs so that each person finds his own, but in Armenia, we don’t have the most important thing: our own, national, even state angle.

In our television (also in cinema), we have to recognize, understand, and respect ourselves. If we can understand who we are, we will be strong. But now, with our own hands but with orders from someone else, we diverge ourselves from what’s important. As a result, we get a weak generation that thinks its homeland is not a place to live and it’s better to go to Australia, America, or Europe.

I am constantly emphasizing that the important thing is visual recognition. And I always advise children and youth to get out of the city, get in contact with nature, recognize the real Armenia. If they recognize Armenia and know the main points of history, they will love their homeland and will no longer think about leaving it.

It turned out that in recent years I too have been shooting mainly Russian films. And though some films aren’t near and dear to my heart, in order not to lose my professional qualifications sometimes I’m forced to also take that step. As Sergei Parajanov said, if a ballet dancer doesn’t go on stage for 15 years, she will no longer be able to dance.

I am thrilled that there’s a new cinema generation in Armenia; there’s a cinema movement. And it’s odd that particularly active and original are girls. It’s female filmmakers who are proposing the most interesting ideas, with original aesthetics and thinking.