‘The Media is Simply a Backdrop with No Value’ 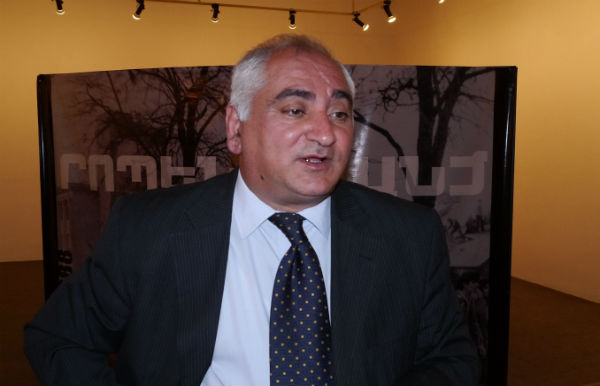 Unfortunately, Armenia is not a country where the Fourth Estate or civil society movements and organizations have a great impact and can change the situation. It seems that journalists are active and news outlets are many. But that’s just a backdrop.

This might come across as unpleasant or undesirable, but the truth is that news outlets don’t continue; they don’t have a second in the series. For example, a news outlet, substantiating the claim, writes that, say, Poghos Poghosyan is a thief. But when, the next day, we see that that man is not arrested, then the news outlet’s work is simply a backdrop with no value, a pointless flutter in the wind, which disappears moments later.

We all see the topics journalists raise, what facts of pillaging and robbery they’ve unearthed… But none of us see a lawsuit launched against any one of those who own 10 homes and huge plots of land. And this, when only a few years ago these people (prior to becoming a Member of Parliament, minister, or mayor) had nothing. The question “Dear brother, where did you get all this money from?” is not heard.

The media reports and publishes facts that former president of Armenia Robert Kocharian has property valued at $4 billion and no question is raised as to how he was able to accumulate this money during his years in office. And if this question doesn’t come up for anyone, then that which is written by a journalist has no value and only has a negative impact on both the public and, in a broader sense, journalism.

Imagine, how those investigative journalism pieces full of shocking photos and facts are perceived by people living with their own worries and in dire conditions. People see that, actually, not a single penny from that $4 billion is returned and no one is punished. On the contrary — not only Kocharian, but also the others live quite well.

And many can say, journalists, why are you clouding up our minds? We, the hell with everything, live somehow in our narrow world, and you come and muddy our life.

This state of hopelessness is increasingly becoming more profound. On what should the feeling of happiness be based if people are hungry and have lost hope?

Usually, a hungry person, seeing that his food has been blocked at the border, imagines that the border will open soon and he will be full. But if you have absolutely no expectations from anyone, on what are you going to base your hope of being full?

Of course, some things started to move forward in Gyumri; the city became a culture capital. I’m not talking about the roads being paved or other paltry steps taken for the [public’s] well-being — the situation will not be changed by such small decisions.

Very important is the feedback, the outcome from questions raised by the media, which will be visible for the people.