Journalists and Film Critics: Without Them, Festivals Wouldn’t Exist 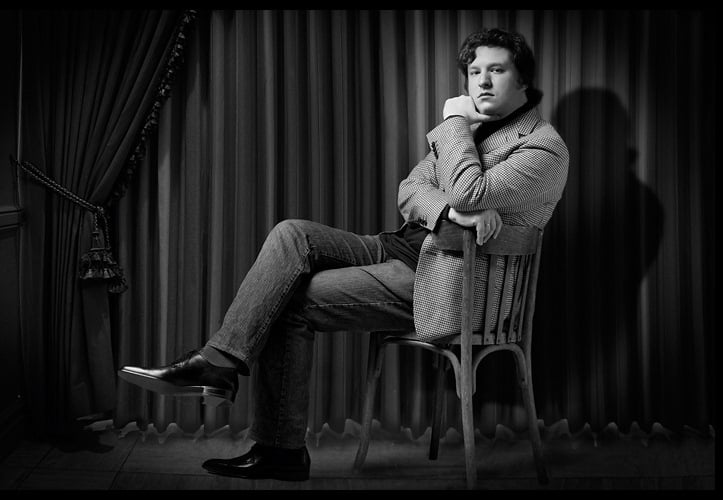 These days there are more international film festivals than days in a year. Why is that? Especially when you can download any film from the internet or film it for less than nothing and show it to audiences. Why organize a festival with a rather substantial budget, invite people, and have large expenses?

Let me try to respond. Cinematography is an art that unites people, which evokes mass emotion. Therein lies its magic. After the emergence of television, the attitude toward film changed, and film’s mass, collective (nearly equal to religion) system began to collapse. Of course it didn’t collapse completely, but it was fundamentally undermined.

You’ve probably heard British film director Peter Greenaway’s remark made years ago that cinema died when the remote control was introduced. Of course it can be argued that this isn’t true, since a huge screen is able to convey the depth of emotion while a smaller screen cannot. However, to a great extent, there isn’t a difference between the screens; the issue is that you can sit on your sofa and watch a film alone, without being subject to certain rules of behavior that are mandatory in a movie theater.

Generally, cinema began to lose its magic when viewer-consumers gained power. Movie viewers stopped having to be dictated by television programming; they began to decide when to press the “stop” button, when to go drink tea, and when to fast forward or rewind parts of the film.

All those working in film began to think, how do we bring back the attraction of film, that collective emotion? Two trajectories emerged to solve this problem: the first is the commercial, industrial, entertaining film, the special (digital) effects of which impress audiences only via a large screen; and the second is the auteurist film, which found its place in festivals.

Festivals have become surprisingly en vogue — there are huge lines for screenings, and viewers want to seem themselves as part of a special private club. But a festival is more than simply the collective screening of premiers.

That’s a genuine miracle: each time, a more or less objective picture of the world is created from film’s different subjective views and languages.

And along with that miracle, a very pragmatic thing is taking place: the aesthetic value is transformed into money, a financial value. Due to film festivals, the filmmaker acquires a name and gets the means to shoot a new film. Many film directors are able to live and create due to festivals. Ironically, from a commercial perspective, festivals help to secure non-commercial art.

I would like to talk about the cooperation between festivals and the media (film critics and the press).

Journalists and film critics are the second important factor, without whom festivals can’t exist (the first are the films themselves). A festival can still take place without all the other elements (even without an audience, a selection committee, a film market, money, or good films), but it can’t happen without the media.

Of course, in our media-saturated age we’re inclined to think that, in general, nothing can happen without the media, but that’s not the case. There are events, though they need to be covered, that don’t require meaning be attributed to them (for example, to advertise any singer’s concert it’s enough to organize a PR campaign — without involving journalists).

Though we are all now amateur journalists, and we can write about films on a blog or a social networking site, that’s situational journalism, which doesn’t change the overall picture. And the picture is as follows: the festival is a distribution of cinematography, and the journalist is the one who gives meaning to and disseminates this information (even if this is done in the most primitive way).

This is true especially when audiences haven’t yet seen the film, awards haven’t been won, and the film is still unknown and “pure”. Of course, very important is the daily press, which publishes articles and film reviews not only at the end, but also during the festival.

The best training for a journalist’s mind and spirit is writing about the films, even if the writing has the appearance of an opinion that hasn’t been “combed” through. After all, isn’t a journalist’s main, fundamental merit, knowing his internal independence and situation, expressing his own opinion? Of course a journalist can make a mistake, but the right of “losing his virginity” (after writing his first film review) is very expensive, and it’s the festival that gives this right to the journalist.

Today, the professional nature of the film critic–journalist is changing, since it’s becoming harder and harder to attract and maintain the attention of the public and the media space. In the past, the critic could find himself in the center of public attention by writing a few harsh words (“that film is a masterpiece, while this one is garbage”) and be sure that no one would respond to his indisputable opinion (in the best case scenario, another journalist might).

But now, no review or news story remains without feedback. The journalist–critic’s written remarks are quickly commented on social networking sites and in blogs. And often crude or ridiculous comments get more “likes” than the lengthy intelligent article that the critic spent half her life preparing.

And so, under the impact of participatory media, the film critic’s work has drastically taken on another quality. Under the influence of the Internet, not only cinematography, but also the media space serving cinematography has changed.