‘It’s Okay Not to Win, But You Must be Remembered’ 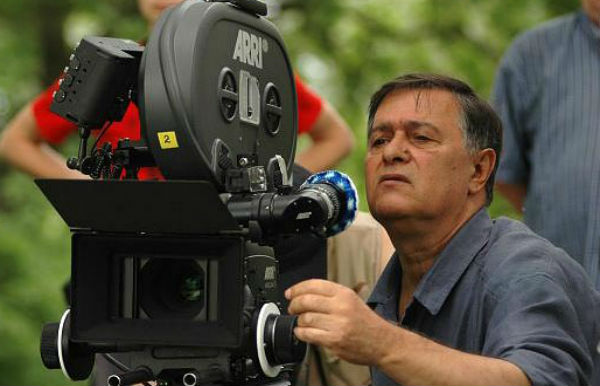 Now it’s like this: the important thing is that they talk about you — it doesn’t matter if it’s good or bad. Recently, my film Birds of Paradise was participating in Russia’s Channel One’s “Private Screening” program and though I personally didn’t need this show, I agreed, since the producers aimed to sell the film to Channel One.

I knew that in this talk show everyone insults one another, and so I said if that happens with me, I’ll simply leave the studio, to which the host, Alexander Gordon, replied in surprise, You want to make a move against ratings? He probably meant that ratings are a bazaar — which, by the way, is actually true.

Back home, in the Ukraine, Savik Shuster every Friday hosts the program “Freedom of Speech,” which invites mainly members of parliament, who begin to curse each other harshly. One time I asked, why don’t you invite academics or cultural workers? They said, because there won’t be any ratings.

I think this situation has disgusted many, since the “ratings race” only angers the audience. All around the world television is in a hypnosis. And just as naked women are shown in film to get more viewers, so too are filthy insults shown on television. Otherwise, no one would watch those programs.

Watching and listening to speakers throwing dirt on each other is, of course, interesting, but it’s a bad interest. Cheap topics and situations, it seems, hypnotize people. To tell the truth, I sometimes watch them too.

Television theorists note that television creates communication, stirring people’s emotions. This, perhaps, is television’s best aspect. It allows us to feel that we’re with the entire world, that we feel compassion or rejoice with the world.

Personally, I mainly watch news programs, and if I hear news about starving people in Cambodia or victims of natural disasters, I get emotional; I feel compassion for them.

Fortunately, the era of Soviet censorship is over, but I support censorship (just not political censorship). Freedom is also a moral concept, which should not seek to suppress another person’s freedom. Those regimes where everything is allowed, and the only criterion is money and the fervor to get rich must be subject to moral censorship.

Construction in downtown Yerevan, for example, is happening in a monstrous manner. The official who, having accepted a bribe, allows such construction doesn’t interest me; what interests me more is who built those hideous buildings. Which oligarch or pirate has defiled the city center…?

Recently, in Kiev, I was listening to a concert of Sayat-Nova’s songs, and I suddenly felt that I couldn’t suppress my tears. I think, Armenia makes a mistake when every year it sends to the Eurovision Song Contest pop singers and those with meaningless and cheap trimmings.

I would like to suggest that a young, “strong” singer who performs folk songs be sent to the contest. I’m sure that there’ll be great response. It’s okay if she or doesn’t win, but let him or her be remembered… And Armenians can be remembered, but for some reason they want to be remembered not for their songs, but for ostentatious things.

It’s interesting that Armenian cinema has a completely different image. Hrant Matevosyan used to say, no matter which angle you try to film an Armenian actor, the genocide can be seen in his or her eyes.

I’ve always said that Armenian cinema needs comedies — after all, us Armenians are masters of humor. For some reason, however, comedy is outright disappearing from the screen. Generally in art, irony of the self is the most important; it is this that is unique in national films, performances and generally everything.

Education: Yerevan State Institute of Theatre and Cinematography, Kiev Institute of Theater Arts
Favorite film: from my films, of course, Flights in Dreams and in Reality
Favorite expression: As Russian poet and author Aleksandr Pushkin said, “A deception that elevates us is dearer than a host of low truths.”