Armenian media and the plight of homophobia 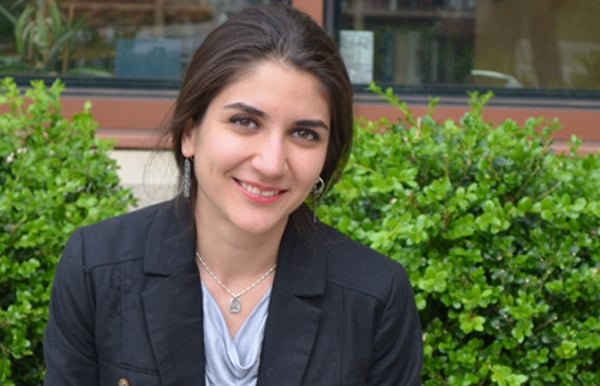 Homosexuality and homophobia were among the biggest subjects for discussion in Yerevan throughout May, perhaps second only to elections and post-election coalition dealings. It all started with the burning of the DIY pub on May 8, followed by a level of celebration of diversity – including that of gender orientation – unprecedented in Armenia.

The events were organized within the framework of “Diversity Week”, put together by Public Information and Need of Knowledge Armenia (PINK Armenia) and Women’s Resource Center NGOs. Their objective: to raise awareness about diversity and tolerance issues in Armenia, based on fundamental human rights enshrined within the Armenian Constitution.

The homophobic and ultranationalist outpour was shocking, albeit not too surprising.

Multiple attacks on the DIY pub were the subjects of the first major wave of public debate, which played out not just in the traditional media, but also – and perhaps more lively – in the online social networks.  It turned out, everyone, even people who had never heard of or been to the pub itself, had an opinion on what had happened.

As strong symbols of tolerance and openness, many believed that the pub and its owner Tsomak signified all that is wrong with the Armenian society: the plight of globalization, immorality, demographic crisis, and, I’m sure, had they had it their way, they would blame Armenia’s economic troubles on LGBT persons as well.

Although the majority of these discussions happened online, mainstream media outlets played an important role in encouraging the outpour of homophobia and sudden patriotism. Yerkir Media was among the foremost outlets, having undertaken that mission. And although it rejected claims that it was intentionally inciting violence against LGBT people, its editorial did somehow come up with a term “DIY grouping” (DIY khembravorum) and denounced the public statements made by an “aggressive minority”.

The outlet provided a platform to – and thus, arguably legitimized the actions of – those having carried out the second attack against DIY (May 15), as well as held an amusing discussion with Karine Danielyan, a biologist, who, in all seriousness, was making the argument that genetically modified foods might be the major “cause” behind the growing rates of homosexuality in the country.

It would really be wrong to single out Yerkir Media, however. Tert.am, for example, ran an early story that featured interviews with the inhabitants of DIY’s surrounding buildings. Along with complaints about noise and immorality of the customers that attend the pubs in that neighborhood, one of the interviewees, Marat, noted that: “In general, there should be no such people within the Armenian nation. If you come watch them throughout the day, you too will see their orientations. We don’t even know what they are doing, but their mere presence is unpleasant.” This succinctly sums up the attitude of what seems to be the majority in the country on this issue.

Most of the major news outlets featured stories that had homophobic elements in it: needless to say, a reflection of the general attitude among the greater public. Coupled with the nature of the media that thrives on conflict, as well as the political climate that could use some real distraction of the public from questions related to election fraud, the issue was blown out of its proportions and shed a little more light on the nature of the entire society.

Minasyan and Hrayr Karapetyan intervened to help bail out the initial attackers of DIY, noting that the latter acted along the principles of Armenia’s “societal and national ideology” and were right in doing so.  Deputy Speaker of Parliament Eduard Sharmazanov stated that the hate crime was “right and justified”, while a prominent priest endorsed the suggestion that homosexuality is brought to Armenia by those who have lived abroad as well as by foreign-financed organizations.

It was within such a climate that the Diversity March took place on May 21. Thanks to media misinformation, the march was confused with a “gay parade” and as such, was taken over by what was supposedly a “spontaneous” counter-march by ultranationalist youth, that not only disrupted the march itself, but also brought about the cancellation of the entire series of events that had been planned for Diversity Week. As Tigran Kocharyan – a prominent blogger, Facebook personality, and seemingly, the prime organizer of the counter-demonstration – put it: “I wanted to write that there were no men among them [the initial marchers] for us to have a talk; then I was reminded who those people are and laughed at the thought.”  Kentron TV was perhaps the only one to provide a more complete and neutral coverage of the story on the day of the march, and yet, it seemed to have been in a minority too.

And what was the outcome? The seemingly non-stop discussion of the issue did attract a lot of attention from the general public; however, it certainly did not “raise awareness” about the human rights abuses and problems faced by the LGBT community in this country. Instead, it was falling on the ears of those who were already homophobic and predisposed to blame the LGBT for all the ills they see and experience.

The media, instead of using this opportunity to better inform its audience on the core substance of the issue – intolerance and complete lack of critical thinking prevalent among the mass of the population – took the bait and simply regurgitated the misinformed and self-interested “opinions” of various individuals that do and do not matter. The tiny openly LGBT community seemed to be the perfect distraction at a crucial time, taking up valuable attention and resources not just from the public, but from media organizations themselves.