Do We Need “Criminals” or Heros on Television? 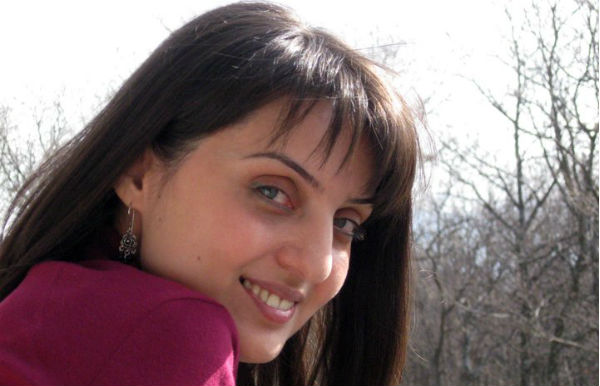 One of my Facebook friend’s status update caught my attention: “What am I seeing and hearing on ATV?! This singer Mher sold out…” The next day while channel surfing, I came across the program Pop-Hanragitaran (“Pop Encyclopedia”) and decided to watch it for a little bit to see what all the fuss was about.

It’s already clear that I’m talking about this uproarious episode [AM], which “ripped off” the masks of many of Armenia’s entertainers.

Those who have not yet seen the show, let me tell you that the glamorous hosts were “scouting out” who in local show business was an adherent of a sect or cult. Actors and singers responded to the hosts’ questions either on air or by phone, denying or justifying their presence at or their accidentally “passing by” this or that church’s gatherings and events.

The news of the exposure spread quite quickly. Furthermore, segments from the program were shared by different news outlets, as well as discussed in different blogs and social networks, which provided the opportunity to think about the gaps in media publications when it comes to the topic of religion.

Certainly, many working in media don’t even realize that questions relating to a person’s belief are part of his or her private life, the impunity of which is protected by law. Though the Pop-Hanragitaran host himself addressed this, he justified intruding into the private lives of others as a public interest matter, saying that they are “saving” the public with their revelations. To what extent they succeeded, I don’t know, because it’s hard to say whose interests instilling hate in people or discrediting someone in their eyes stems from.

A question arises: what then is the Armenian public’s interest when all the Armenian news outlets report on the Houston memorial service being broadcast live though the ceremony took place in a Baptist Church (recognized as a sect) and the over one-hour-long sermon of which was watched by believers of the Armenian Apostolic Church?

In order to increase the number of adherents of the Armenian Apostolic Church and keep people away from cults, the time has long come to have more informed and intelligent believers armed with knowledge about our church’s beliefs profiled in the media.

To be fair, let me say that those who don’t represent the Armenian Apostolic Church are probably more intelligent and persuasive. Apart from their own news outlets, the other churches also use other journalists, whose motives actually might be honest and indeed aimed at the unity of our church and statehood, but it’s a different matter to what extent they succeed.

It’s horrible to think even what harm the program might inflict, presenting the socialites’ sincere arguments and human stories on how they left the [Armenian Apostolic] Church or why they converted to another church.

It’s obvious that the Armenian Apostolic Church doesn’t occupy much space in ordinary citizens’ lives; it’s not so close to their hearts or souls as we would like. Perhaps this is our church’s omission, which needs to be fixed.

In the case of television and mass media in general, not only what is said, but also who is saying it is important — Is it Father Yesayi Artenyan, who cites the interviews of Angela Sargsyan (an Armenian actress whose naked and sexually explicit photos were leaked online) to prove that she was a member of the Word of Life Fellowship [in Armenia]; Garik Papoyan, one of our most beloved figures; or singer Mher, gifted with a wonderful voice, who also represents Armenia the best in international contests?

And if the aim of the program was to “save” people and bring them back to the Armenian Apostolic Church, then featured on air should’ve been those amazing youth who today have gathered around our church and those clergy members who have a good reputation and command people’s respect and love, who even with their being bring people closer to faith.

But this is absent in our news outlets: journalists don’t take great pains to prepare interesting and attractive content for ordinary citizens, to broadcast our pure Armenian church psalms (hymns) on air, and with all of this, awaken faith in people.

It’s true, this is, in fact, Shoghakat TV’s mission, but imagine what impact this content would have if it was spread to all TV stations equally. After all, reading the Bible is one thing; coming across the Bible’s principles in all the books, another.

At the end of the day, the struggle for religion, faith, and high moral values has to be waged not against but for; not by pointing to the “criminal,” but by presenting those moral figures whom TV viewers will gladly watch just because they are their favorite singers, actors, or the priest who baptized them.