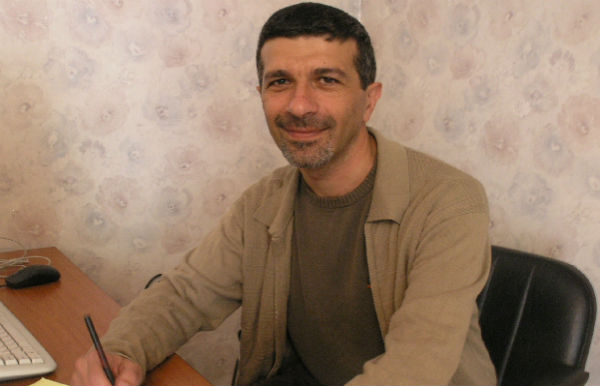 There are more neutral papers, for example, Aravot, that tries to include its editorial opinion but only on some issues: to say that it is left-wing or right-wing wouldn’t be right, but this is also true of our political parties.

Our newspapers print the news as if readers are in the thick of it all and the papers along with them. And readers are constantly cooked in the same pot. There’s no outside view. I think an outside view is important for good media — say, as some European country would describe it, a view like that. Perhaps what has to be less is the tender-heartedness and the interest to achieve something in the sense that there is today.

But there is a segment of (partisan) consumers that is interested in these types of news and with whom one can play through these types of published reports. I would like our society to wake up and raise problematic issues. We have many problems which practically aren’t spoken about — how the real banking system or real agriculture should be and those serious social issues, which lay inside of us as questions but till now are disguised under the veil of free and fair elections.

Of course, the chicken or the egg causality dilemma arises here: from where should the discussion begin? People have to begin discussing from somewhere and then this should be picked up by the media or should media talk about this and then people begin discussing it?

In television, politicization is likewise pronounced: the examples of this are Yerkir Media (which belongs to the Armenian Revolutionary Federation, or Dashnaktsutyun), Kentron TV (which belongs to Prosperous Armenia Party leader Gagik Tsarukyan), and of course H1 (Armenia’s public television channel), which is the government’s mouthpiece.

The only thing directed to the public, to the masses, are entertainment programs. And you won’t criticize them too much, since they deliver quality based on what there is (with respect to professionals). I don’t think that we have more professional figures in television that aren’t already on television.

The websites too are somewhat the same. Only Hetq differs as a news site having its own stamp on the news. As a consumer you might relate differently to Hetq, but one thing is for certain: articles published here refrain from partisan bias. Hetq tries to report the news objectively, and if it even makes a provocation, it does so only to resolve the issue.

Generally, the internet has an air of superficiality. Of course there’s an arena for expressing different opinions and writing about problems, but generally there aren’t analytical pieces aimed at a vision for the future. There is no analysis in Armenian media, and whatever there is is aimed at the past.