‘News Outlets have Lost their Role in All Fields’ 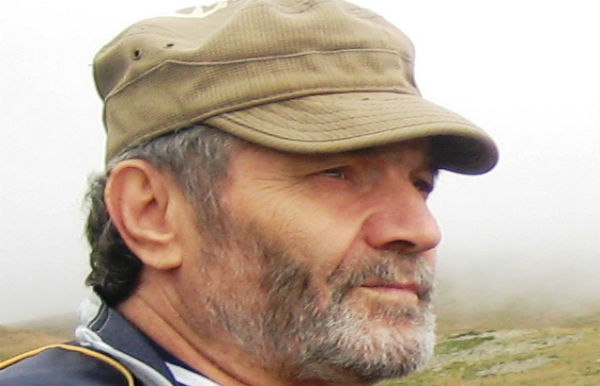 A nation’s keeper are its news outlets. Urbanization, the Internet, mobile phones, and television have completely distanced us from our culture and can mold us as a nation. That’s why media outlets have a huge mission. They have to do it not so that this environment pushes us further down, but that it at least keeps it as our roots are.

There’s great illiteracy in our news outlets — education and upbringing have diminished greatly. To be educated and to receive an education are different things. The language used by print or online publications brings me to tears. How can you write like that? We used to learn spelling from newspapers. Now you see articles published with numerous spelling and punctuation errors.

The role of news providers is very important in modern society-building; however, today they often misinform readers. I simply cannot understand and cannot form a picture through what news outlets convey to me what state our country is in.

News outlets today also aren’t free and independent, but not because they can’t be free, but because it simply isn’t profitable — it’s easy to justify themselves this way. I know that there’s a move to settle accounts with journalists, but in other countries it is through courage that they’ve achieved anything.

The role of news outlets is really quite huge; they really are the Fourth Estate and have more authority in society than political authorities.

Aristotle’s work on the structure of a democratic state allots the first role to those who deliver the best; second, those who deliver culture; third, the army; fourth, politics. In Armenia, it’s the exact opposite. Why? Because news media draw everything from politics instead of culture. All the misfortune lies in this. News media, which forms public opinion, has lost its role in all fields and its area of influence has become more narrow.

Reporting on an issue demands knowledge of the given domain, a skill for analysis. But in Armenia, the same journalist writes about politics one day, then writes about the economy, law, human rights, the environment — even medicine and music — the next. Perhaps some will say that’s good, so she’s able to make sense out of everything. But, regretfully, this becomes, for the most part, dilettantism (dabbling). In order to disseminate quality information, journalists have to seriously study the issues, become acquainted with the domain in question, and study and train professionally and constantly.

School: my family (my parents, brother and six sisters), people of my native village of Talish in Artsakh [Nagorno-Karabakh] and beautiful nature, the family of deers living in our house, my many doves
University: Yerevan State Academy of Fine Arts, the cultural arena, the cafe where you could discuss and hear Yervand Kochar, Minas, Frunz, Sherents, Levon Nersisyan, Shiraz, painter Gevorg Mnatsakanyan and many others…
Favorite book: philosophical literature
Favorite film: “Ttenin” (“mulberry”) according to Zorayr Khalapyan’s story
Favorite music: good music of all genres, Armenian romances
Favorite sport: football
Favorite expression: “idiot”