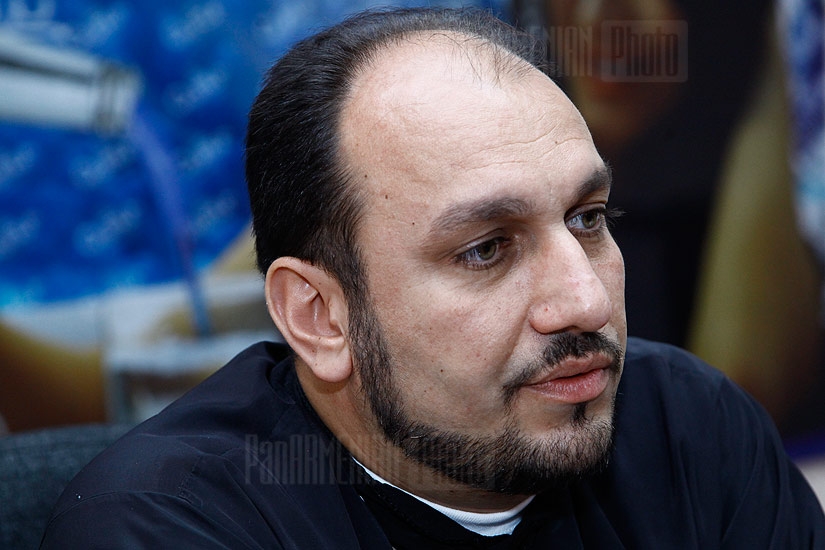 Freedom of expression gave a huge right to all journalists, and they began to apply it to express their own thoughts, which is quite commendable. However, abusing freedom of speech sometimes, journalists are crossing all types of boundaries: freedom of speech is becoming impudent; a canvas that disguises journalists’ ignorance and unprofessionalism.

If there’s an issue in the media sector today, it’s not being poorly armed with respect to technology, but rather, the abundance of unprofessional journalists.

Most of our journalists are ignorant, can’t talk or communicate, and are not professional. Journalists come to a meeting with a clergyman, not knowing how they are supposed to greet him; they speak on a topic of which they are completely uninformed.

Many don’t have journalistic decency and morality: they might get into a direct conversation with you and even when they assure you that this conversation won’t be published anywhere because it’s simply a conversation, the next day you find in the paper that which you talked about with this person.

Most journalists try to find and reveal a scandal in everything. And there’s an impression that journalism in Armenia today is not called upon to cover news, but to reveal scandals.

If media declares that its service is to offer news, let it do so clearly, not as gossip, and it’s forced to say the next day, “forgive us, we misunderstood” and publish a retraction.

Recently, a few tried to take news outlets to court, call them to accountability for publishing insult and libel, and everyone began to cry out that the right to freedom of expression was being trampled upon. The Ombudsman sent a letter for the matter to be reviewed — because how can you tell a journalist not to call someone else an idiot? You don’t have a right — he’s an idiot, so they call him an idiot.

But this isn’t so; in everything there is morality. And particularly news outlets have to be ethical because people have faith in the media.

Media too has to think that if it gathers an unprofessional army at its side, it will constantly collide against astronomical amounts.

As a priest, it’s unpleasant that you absolutely cannot reap anything spiritual from the media. I’m not saying the airwaves have to be full of films about Christ, no; the spiritual is not only in that. We had a cultural channel “Ararat”; it was a decent channel. What happened to it? It wasn’t profitable; that’s why it’s gone.

I’m sure the profits it made in a single day were less than the the profits from commercials shown during soap operas. Everything leads to business, and in the name of business, everything is destroyed — ideas, quality.

Today, except for a handful, there are no intelligent TV channels that can rise a person to some standard of culture. Television is without standards — with the absence in culture of speech and programming structure.

TV series and programs, which illustrate the worst aspects of people, try to present people’s worst expressions as heroism, which influences our rising generation.

Media today has great power, but it uses that power not for good, but for evil.