‘Stealing Photos is Widespread in the Armenian Press’ 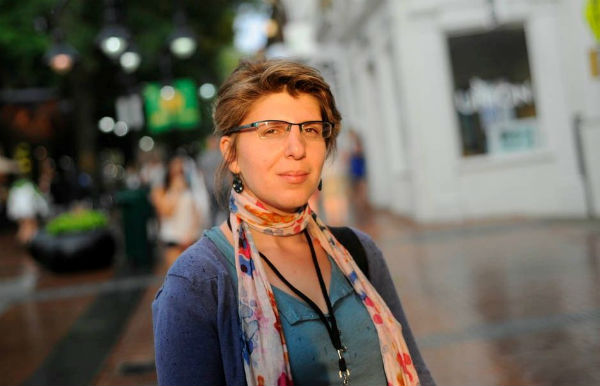 In Armenian media photos and text are not applied equally. This has always been the case: journalism here is more important than photojournalism. You can show an entire event in a photograph, affect people and force them to open the webpage, buy the paper, to read and believe the story. But for the most part this method is not used in Armenia — neither in the papers nor in online news sites.

A photograph published on half a page of a newspaper can tell readers more about a story; nevertheless, editors often prefer to publish text instead. They prefer to have 7 reporters on staff and send them to cover an event with an unprofessional photo or video camera than have one photojournalist on staff.  Even when there are organized visits for media professionals to other countries, they prefer to send journalists instead of photojournalists.

Stealing photos is also widespread in the Armenian press, mainly through searching and grabbing photos from the Internet. They are searching for photos to accompany the text — without caring who the photographer is or whether she agrees to the use of her photograph.

There have been cases when I have seen my photo on a website of a company that I don’t work for and never have. It turns out that the photo was taken from another site, which, in turn, took it from another site.

Editors have to worry about the news outlet’s visual appearance as much as the style and literacy of the written word. A photo can interest a person so much that he reads the story. That is the advantage of a photograph: a person first sees a photograph then a headline then the rest.

The purpose of photos in Armenia is more so to illustrate a story. However, it’s better not to use a photograph at all than to use a photo that “characterizes” the article. For example, if the story is about violence against women it’s not advisable to use an image of a man pulling a woman’s hair.

When the attitude toward cinema changes in Armenia and they begin to shoot serious films, such as documentary or artistic films which will be of national value, instead of soap operas, then at that time too, perhaps, instead of simply covering journalists’ text with an illustration they will show photos that have real content and something to say.

Favorite Expression: I don’t have one.