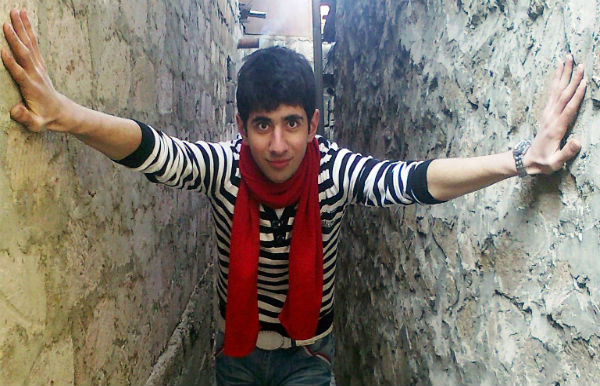 The faults and shortcomings of Armenian television are discussed always and everywhere. Those who are the most criticized and not lacking in bad PR are the “Gohars” of Armenian TV programming — the soap operas: whether pointless or not, beaten and criticized to death, while at the same time the most long-lived and pertinacious.

Programming is similar to our daily schedule: breakfast in the morning, morning programs; lunch time, comedies; and in the evening, the most awaited-for, dinner, teary soap operas. On air, everything is classified, but the menu remains constant — regardless of viewer preferences. And so, breakfast is a chain of “Good Morning’s”: it is served up from 9:30 am (this is the lesser of two evils) till 10:30 am. Sleepy and sleep-deprived servers or TV hosts need a cup of coffee and someone to wake them; meanwhile, they’re the ones supposed to do the waking up. Who to awaken when work begins some time between 8 am and 9 am? Probably only pensioners and their youngest grandchildren. To the question “For which target group are morning programs?” they would give the response “everyone and housewives in particular.” Thus, waking up a little earlier and beginning work wouldn’t interfere — isn’t it true that homemakers wake up early and see off household members to work or school? So it seems that the morning “Good Morning’s” are not so much to fill the morning and wake us up as they are simply to consume programming hours.

And now let’s understand the composition and contents of our breakfast. Let me present all the dishes and their ingredients: Public tea without water or sugar. For a few years now public television hasn’t had a morning program, which, in my opinion, is a huge oversight, since, being the first channel and public, it is obliged to have the most varied and quality programming. Next is homemade eggs; the servers are Armenia TV host Felix Khachatryan with his unique, but incomprehensible-for-common-mortals humour, Hasmik Karapetyan, Kristine Pepelyan and Avet Barseghyan. There are no borders drawn here: they say what they want with who they want, and what the viewer will understand from this is of little interest, while intellect and the educational segment are missing and deficient.

Regretfully, on the programming menu is also Russian, but “Armenified” borscht. At one time, mornings on Shant TV were very heated, while informative. And on the weekends, 4 different women who appeared in one place were in a craze: one male guest with women who didn’t give each other a turn — poor TV viewers, what are they to do?

Lastly, a national and Armenian dish, but difficult to digest. Yerkir Media shines with its morning program: different reportages, civilized and in Armenian. But the drive and dynamics specific to morning programs is absent. For comparison purposes, this version is the most appropriate, but though lenten dolma is filling, it is not for morning consumption.

In becoming acquainted with the other dishes on the menu, don’t forget to check the expiry date — so as not to get food poisoning from old and low-quality fare.

Favorite expression: “I like my Facebook Wall, but not dull, banal people” [The expression in Armenian is a play on the words “wall” and “dull, banal”.]