“Media’s Weakness is the Scarcity of Professional Personnel” 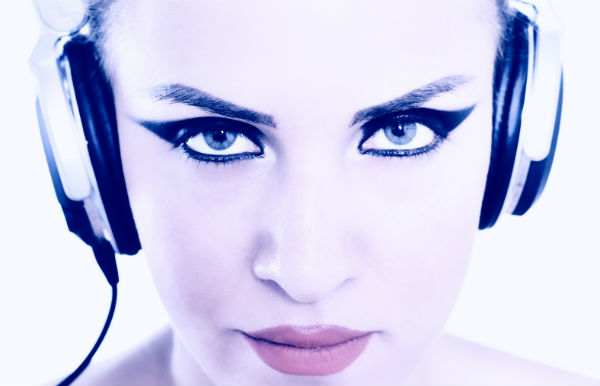 I was still quite small when I began to listen to radio, and I can definitely say that radio played a big role in developing my taste. It’s probably a powerful influential tool; that’s why those working in radio have to be aware of their responsibility. Much depends on media generally: in the first place, the future of the nation: however media disciplines us is how our taste and world view will be formed and how we’ll be tomorrow. Consequently, you have to be very careful.

Today private radio stations often prefer to invest money into entertainment programs, but more so necessary are educational, interactive programs, during which time the radio listener will feel her importance and will connect both with the host and the radio station; cultural programming that will present our national and foreign cultures, which is of primary importance for our young generation. I hope there will be conscientious people who, in the end, will think not only about their own pockets, but also about the nation’s intellect and taste.

As a news source, radio today greatly concedes its position, since first, it’s much easier to get news of interest immediately from the internet rather than wait for the news hour; and second, radio mainly coordinates its audience’s leisure, though certain radio stations, nevertheless, place the emphasis on news and reinforce that part of their team.

Just as with radio, the weakness of all media, I believe, is the scarcity of professional personnel and the lack of a stimulus.

Much like in other enterprises, in radio too an erroneous personnel policy reigns: chosen are such people who are quite distant from this sector, and radio work is quite difficult and demands an earnest reservoir of knowledge and certain experience.

Here too exists the widespread practice of hiring friends/acquaintances/family. I myself have seen such disgrace, when someone quite far from the sector begins to get involved in it and over time, a radio station built up for many years and its ratings collapse.

I think attention must be paid to the new generation: there are personnel in journalism circles that are very talented and have ambition, who have to be noticed and allowed to grow, to reach an appropriate level, to develop their creative mind and use it in practice. The future belongs to such young journalists, who can view issues from another perspective that the older generation journalists won’t see. In order to stimulate them, it’s important also to look after their social situation — by providing an appropriate salary.

But since the number of internet users today grows daily, and people turn to the internet to satisfy their hunger for information and music, our radio stations too have to provide online broadcasting: the development of technology will bring online radio to a more leading position than today’s FM radio stations are.