Media Forms Public Health and Opinion, So Should be Responsible, Professional 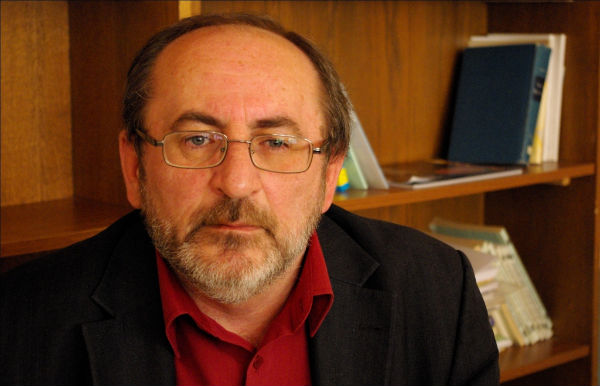 News outlets have several functions: provide information, form opinion and influence society. And this is what allows us to call media the Fourth Estate. The media forms public opinion, a moral environment and social-psycophysical health, since people don’t form perceptions of the world around them from anywhere else.

When news outlets say they have facts that this or that person is a scoundrel, the audience believes it because it doesn’t have the possibility of checking these facts. And this means that news outlets have to bear responsibility and accountability before the public.

The news can be viewed as a means of psychological impact. There exists the concept of a psychological battle: this phenomenon is thoroughly developed in the field of military psychology, when it’s necessary to cause panic and dread and to misinform the masses. News outlets also have this potential, since the news they report shift people’s emotional arena. And to know all this the journalist has to have a knowledge of psychology, a culture of psychology.

If I accept that a journalist only provides information, then how is he different from those who also report information to each other? By being accountable. The journalist has to be responsible for the information she provides. I think, responsibility is the only human property from which it retreats with pleasure from any area of life.

I scan the news on many sites, including Day.az. I have to say this site provides a wonderful opportunity for journalists to clearly see what a journalist should not be. The primitive form of service and fairy tale–like content creates the impression that Azerbaijan has become Switzerland. Whereas their opposition is quite active and the masses hate this Swiss regime.

Reading news articles, one has to be able to be relieved from the journalist’s position, to attempt to perceive the information objectively. In our culture, newspapers and television have one stereotypical advantage: that which we read in the papers or watch on television already inspires trust, even if they are serving us outright stupidity. The strength of the stereotype is great, which is why the public becomes victim to gaudy TV series. The entire nation is concerned with whether someone will get married with someone else on some popular TV show.

In the area of advertising, a general amusing disorder reigns. For example, an “unexpected proposal” from someone: what does that mean? That such a proposal is simply not expected from this relationship. Or, “a lot Fanta, little silence”. This is an anti-social ad: as if we need Fanta and not silence.

Professionalism is needed everywhere. The media sector is perceived as an information park, but it’s a more important and serious field in which public health is formed. The media field has to become analytical. It has to have a convincing analytical script and not provide information and express its subjective position.

Favorite expression: “If you want to make God laugh, tell him about your plans”