“I Would Recommend That Armenian Journalists Create Small Media Startups” 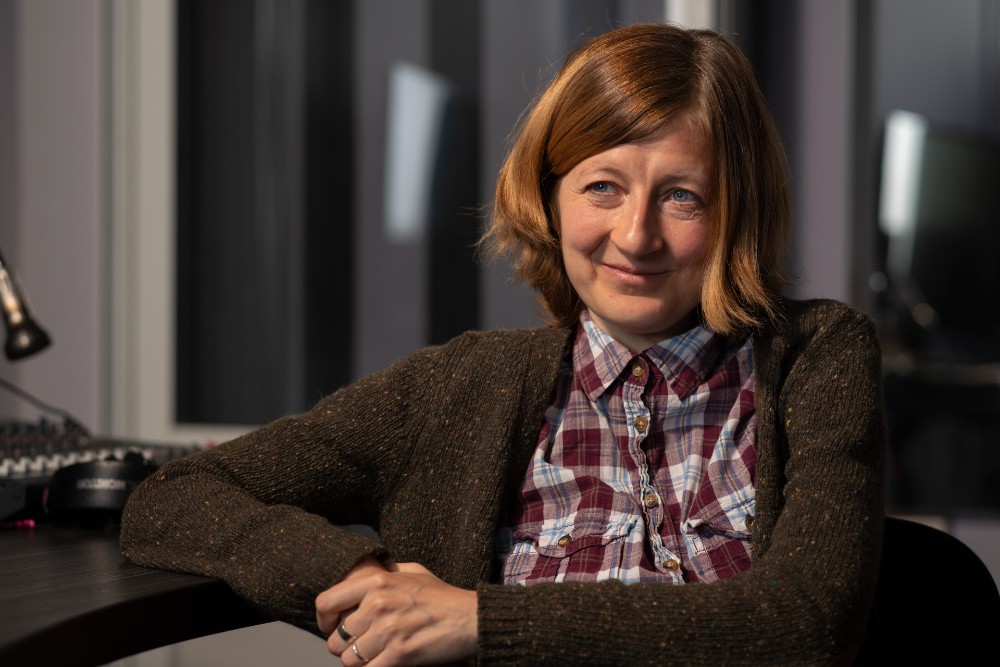 Natalia Belogrudova is a media trainer who is well acquainted with the media landscape of post-Soviet countries. She regularly works as a consultant to media organizations in the Baltic States, Central Asia, Moldova, and Belarus. She has been living in Georgia for the past two years, and when she came to Armenia, she inadvertently drew parallels between the media and the business environment of those countries.

What are the common problems in the media of post-Soviet countries and in what case can they manage to be overcome?

It seems to me that the main problem in the post-Soviet area, of course, is the complexity of understanding how to build a financially stable media. That is the first.

And the second, which is no less important, but, unfortunately, has practically no place in the sponsors’ programs, is management.

Post-Soviet leaders do not always understand what that is. Office bureaucrats almost always become the head of an organization (it does not matter if they are commercial, non-commercial, public, or private).

The manager is not perceived as a leader. This is a fairly fresh concept for editors.

And often editors are people who either have a really bureaucratic approach or are full-fledged creators who also do not have a good idea of what media management is.

On the one hand, it is probably good that in recent years there has been an increase in donor programs (European, American), which I organize courses on media monetization. But before engaging in monetization, it is important to understand how the media will be managed. And there are serious omissions here.

In reality, everything starts with management.

How can we define what that is in the media?

First of all, the ability to think strategically. Then to plan, to evaluate more or less competently the context in which you work, taking into account the real competitors and the strengths and weaknesses of your own media, including the uniqueness of your own product.

And then the ability to move systematically toward goals.

I often see that people start their work with great enthusiasm, having bright and beautiful ideas, but all of that doesn’t turn into a unified and perspective strategy. In other words, the idea is born today, we deal with it, then maybe we are also disappointed because we have not thought about what kind of media company we want to be two years from now. 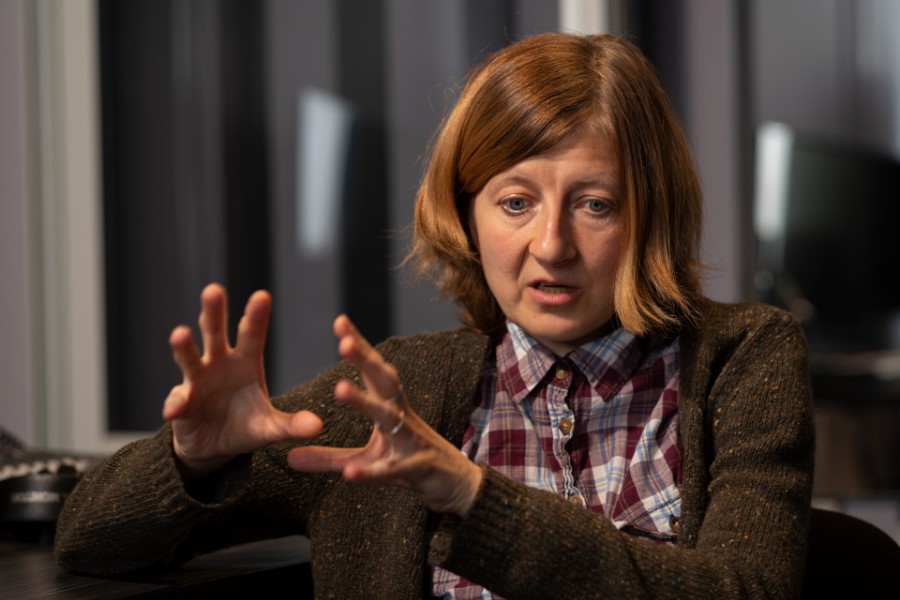 I think that this is the main problem, behind which is actually the Soviet past. Moreover, it is not only in the media field but also in business in general. Perhaps the exception is the IT sector, which is more advanced with the very realization that management is important. The situation is almost the same in traditional business projects.

The other main problem is the staff. It is very difficult to find people with the right qualifications, especially in the regions. Talented people leave and it is natural because they are building their careers.

It is also very apparent that the level of education in post-Soviet countries is decreasing significantly.

It is interesting that almost every university in Armenia has a faculty of journalism and annually produces hundreds of staff. The market is full of journalists. But at the same time, there is a shortage of journalists.

After all, a journalist is an educated person with a wide range of interests, who, even if they are involved in classic storytelling and narration, understands well that they need skills to sort information and bring it to the audience, classify information, motivate their heroes to give good interviews.

In other words, the journalist must also be a psychologist. Moreover, psychology is a very good tool for all good journalists and editors, but for some reason, many people forget about it.

And I do not see that journalists get a good education today. They use professions that help them to be a strong, prudent, interesting, and creative person. By the way, now creativity and design thinking are considered important skills of journalism in the world.

The world is changing very fast and it does not make sense to learn, say, some editing programs, but it is better to learn how to capture information in a new reality and find or invent solutions. In other words, there are some technical skills that are now in the background, and it is important to be ready to make quick decisions.

You have probably noticed that many media outlets in Armenia have political support.

It is the same in Georgia.

What should be done in a situation whereby, if you are a very good journalist, and you are not ready to play by the unwritten rules of the editorial office?

While working as a journalist and editor in St. Petersburg, I chose editorial offices owned by foreigners. In my case, they were Norwegian and Swedish publishers.

It is fundamental for the media to have an independent editorial concept. And the first question I asked the future editors-in-chief was not “How much is the salary?” but, “Is there censorship in the editorial office?” And I have never agreed to work in the state media, even with a very high salary.

If the journalist is not honest and is ready to compromise with their own conscience, then they are not a journalist. In that case, you can work in the PR field.

Believe me, an honest journalist is an unhappy person, because they feel uncomfortable and broken.

For example, many young journalists in Georgia do not trust the media. And that distrust is enormous. And precisely because they see what is happening in the media market, they prefer to create their own small media platforms, at least with the power of two or three people.

There are many small media startups in Georgia because people feel that they will not be able to work in large state or non-state channels. Even if it is also beneficial in terms of money, it will contradict their principles.

I would also advise Armenian journalists to create small media startups, especially since there is an opportunity to receive grants. In addition, technological opportunities allow it to be done with limited human resources and a small amount of money.

Do you mean to say, start a small business?

Yes, it is called a small journalistic enterprise.

Since we talked about censorship, what barriers should be built against propaganda, especially during the Russian-Ukrainian war? Also, keep in mind that we are probably the only post-Soviet country (excluding Belarus) that broadcasts Russian federal channels freely.

I think it is important to understand that although martial law has not been officially declared in Russia, what has been happening there since February 24 is in fact martial law.

And in any state of war, there can be no independent media. And it does not matter whether it is Russia or another country.

Fortunately, we live in the age of VPNs, and the media platforms that are blocked in Russia, despite the current draconian laws, can continue to operate and remain independent, and so can be followed.

We simply have to accept that if any media is not blocked in Russia, then it works for propaganda.

And in order to understand the general picture in ordinary times, one does not need to be satisfied with one media. By combining information from several sources, one can get a complete picture of reality.

What potential do you see in Armenia that will help the media to become truly self-sufficient and free from the political agenda, as well as to create a unique product?

There are really many media outlets in Armenia that write mostly about politics.

I worked with a media outlet as a consultant and it was interesting how satisfied the audience was with that political agenda. We looked at the data and statistics and found out that the audience is not really satisfied with the political news coverage.

Roughly speaking, out of a hundred viewers, only five were interested in politics.

And that was the indicator that suggests that it is worth paying attention to the audience. Follow the observations, perhaps compiling questionnaires to help find out what the audience wants to read. We, for example, found out that the Armenian audience is more interested in social topics, and materials about lifestyle. 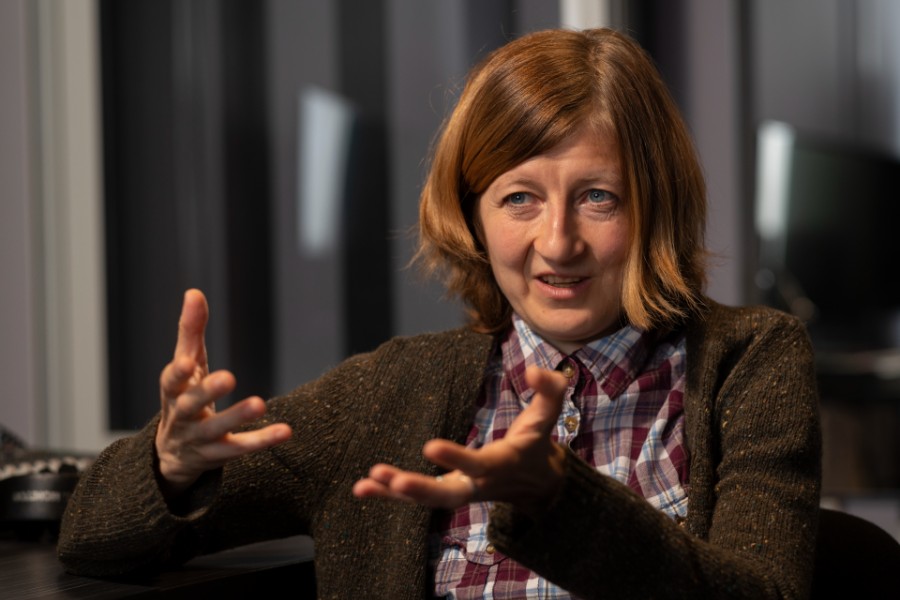 I think people are tired of politics. Especially since Armenia is a small country, and it is difficult to find a hundred political news items a day that are worth covering. If one or two important political events take place, of course, they should be written about. But not a hundred.

Of course, I do not know the whole media domain of Armenia very well, but I like very much that young people are interested in journalism. And they are very dignified and well-rounded people, ready to do a good job with little money. It gives hope that new, fresh, sincere, and bright projects will appear.

It is also worth noting (perhaps it is also a national feature) that your media materials are very visual. In other words, Armenian journalists work well with photos and videos.

Maybe. But journalists in many countries ought to learn from you how to build visual storytelling.