“Explanatory Journalism Helps To Prevent The Reader From Being Manipulated” 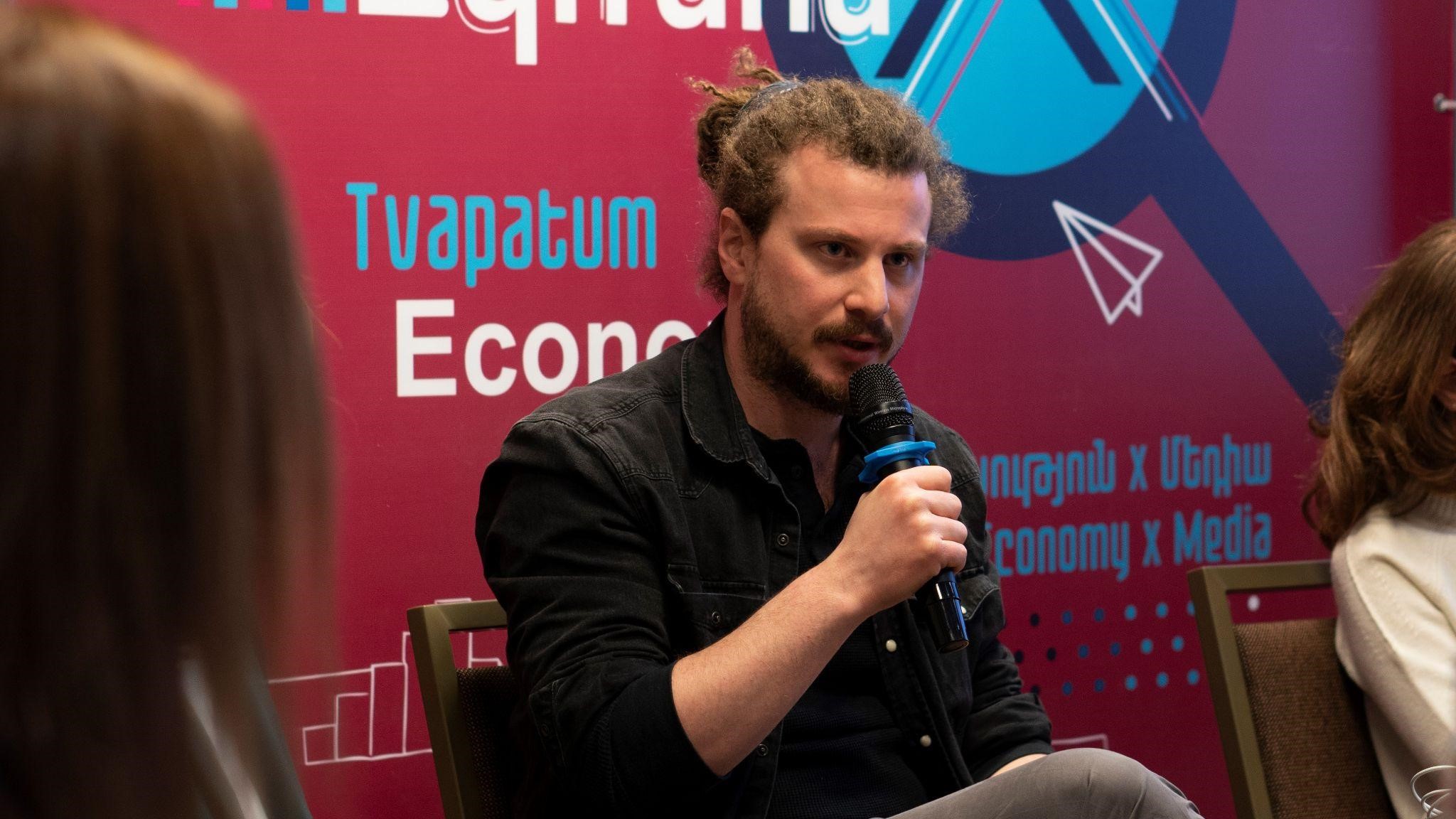 Explanatory journalism is one of the modern branches of a relatively new wave of news media. It is time-consuming, sometimes costly, but as “64’s” George Gogua says, it helps to prevent people from being manipulated.

In the context of the financial problems and the polarization of Georgian media, and taking into account the issues and needs of society, Gogua and his two colleagues created the “64” explanatory journalism project in August 2021. It explains this or that event, question, and problem via multimedia videos.

George Gogua arrived in Armenia as a speaker within the framework of the “DigiStory EconomX”  (Tvapatum 2022) conference. He spoke about the peculiarities and potential of explanatory journalism, listening to people, and working properly with endless streams of information.

Why does explanatory journalism matter?

I read up a lot about it when we started this project [64 project] and I discovered the one thing that everyone is talking about: the misinformation and polarization we’re facing. Most of the time we get anti disinformation or something like “fixing polarization” campaigns from lots of organizations and media.

You get propaganda and then someone counters this propaganda. And it doesn’t really work.

People really need to know and understand certain things. Once you understand, it becomes more difficult to manipulate you. That’s where explanatory journalism comes in.

What it does is nothing new, every journalist should do the same but there’s this certain concept when you basically talk to a five-year-old and then make it exciting, interesting and acceptable.

It doesn’t really teach someone, because no one wants to be taught or lectured. You just need to sit down with them and talk. It must feel like chatting about anything. The purpose is to give the reader knowledge so it’ll not be easy for them to be manipulated.

When do you understand that you have achieved your goal and have explained everything perfectly?

This is very difficult. When you have to explain something you get a lot of information: The more information you gather, the more you understand you don’t know something. And finally, you collect so much information that is really hard to put down and focus on.

First things first, you need to find the focus.

For example, we wanted to create a video about vaccination because we have a lot of anti-vaxxers in Georgia who are constantly spreading misinformation about vaccines and how they work.

I had a two-hour-long interview with a vaccinologist, a Georgian woman who’s working in Spain. She explained to me pretty much everything and afterward, I understood that it’s not something that could be explained in one video. It should be a 3-video series, so as not to lose focus. The first one was about how vaccines work overall, the second one was about how the COVID-19 vaccines were created so quickly, and in the third video, we talked about how each of the four vaccines available in Georgia was made and how they work.

This is our working process: at first, we try to concentrate on something in particular; then, I write the text and we start a discussion about it within our team.

If someone doesn’t understand anything or asks questions, it means I haven’t explained it well enough.

We write and rewrite it as many times as it takes until it’s understandable for everyone.

Do you think it is too risky to use the questions raised by members of the public who have fallen victim to misinformation in order to understand what needs explaining?

Yes and no. Yes if you are trying to gather information so that you know what the questions that you have to answer are. It actually works but you never have to use it as an informational piece.

What is the point of these questions? There are a lot of answers, people start swearing, etc.

In the end, the TV channels get engagement but nothing of value.

You need to think about the newsworthiness. If I ask the question then I need to know how I’ll use those answers so I deliver a story that is newsworthy.

What’s the most difficult field to explain and why?

Pretty much everything. Explanatory journalism is really really hard in the beginning and it really needs resources.

We are 3 people and we’ve started in August, and so far we have 12 videos, which is not much. There’s just one thing, that it’s not about the topics, it’s more about resources you get.

In the era of the internet, you can basically find any answer but we don’t have many experts in Georgia, and many topics aren’t even discussed.

For example what’s going on on social media, now we have Meta, a new world is coming and no one is talking about it.

I want to explain that but nobody can talk about it and everyone will just make assumptions, and I don’t need assumptions.

Then I go deeper and deeper and finally I find someone from somewhere who knows something and based on their knowledge can make an analysis. That’s another difficulty because people are not that easy to reach.

The third difficulty is to find the connections and correlations between the facts. On one side you have the assumption because if you are not an expert in this particular thing you can make false assumptions about something or may say something that is right but not quite.

What’s the most common piece of information that is often missing from the big picture?

Most of the time is the context. We have a lot of facts, everywhere. Just scroll your Facebook. The answers to the question “why” and “how” (something happened) are always missing. But it’s always there because everything has a reason. You have to take the time to find it and understand it.

What are the pressing questions that the Georgian people need answers to at this moment?

Now in this situation, it’s crucial to explain the war.

We’re taking the time to explain the sanctions on Russia now because it affects us and there’s a lot of misinformation surrounding it.

There are two ways of providing the information: the first is to find out what the circulating questions are, then find the answers to those questions and deliver it; the second is to raise interest around the topic yourself, for example why Georgian wine was destroyed by the Soviet Union. That’s never on an agenda.

The latter is easier to do because you already have an idea in mind and you decide to dig deeper but it’s way more difficult to get people’s attention especially when you’re a small media outlet.

Sometimes people need information they don’t know they need. That also happens but most of the time it’s obvious.