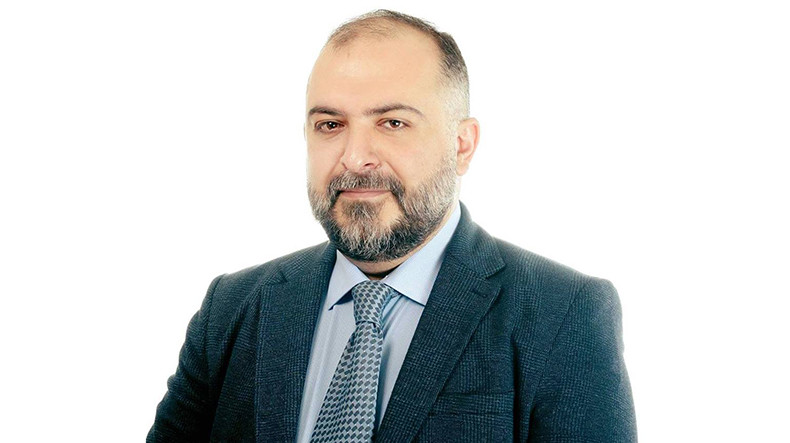 Vahagn Tevosyan, a former member of parliament from the My Step faction and now a member of the Public Broadcasting Council, believes that the main regulatory tools in the media field should be based on financial transparency and codes of ethics.

He considers the new season of Public TV to be good and at this stage, first of all, he attaches importance to financial accountability.

If we speak not of media content, but of transparent activities and financial sources, could more effective steps be proposed in the legislative field?

The problem of the media field is the content. I agree that it is possible to take a stricter approach, for example, to the demand for property rights, to identify media donors, financial sources and so on.

There was such an idea (after the mining industry, the media is next in line), but the law on audiovisual media, which was to regulate internal legal relations, was considered a priority.

From the point of view of content regulation, that law only made the existence of public content mandatory, moreover only in the media using public multiplex slots.

Technologies have evolved in such a way that anyone can produce any amount of text for any audience without any obstacles. And technologies are obviously evolving much faster than the human mind in the direction of how to prevent their negative consequences.

The question of where the money of the media comes from can be easily presented, for example, in the form of fundraising or donation.

And if the person or organization that donated money to the media wants to do it anonymously, they can rest easy incognito, because they have the right to do so.

The issue of visibility of financial sources requires more subtle legislative solutions, which should be regulated by the law on mass media. Work was being done in the parliament, but it remained incomplete, as a result of the epidemic and the war.

The model of self-regulation is also directly related to the internal culture of the media field.

Recently, for example, one of the largest self-regulatory bodies, the Supervisory Body, decided that the RAU could also act as a second party, which has no right to interfere in the content (and in my opinion, cannot).

In other words, in case of violation of the codes of ethics received from the channels broadcast in the public multiplex, the RAU has the opportunity to apply to the Monitoring Body and apply certain regulations.

Eventually, those very codes of ethics became the license condition of the channels.

And if the channel violates the condition presented by itself, the commission receives sanctions for applying a mechanism.

It turns out that there are two important factors of regulation: ethics and money. And politics has to do with both.

The media cannot be politicized if it takes the main means of its existence from specific political groups or parties. This implies that the media is under some kind of direct influence. It is pointless to use the phrase “sold journalist,” because the influence is inevitable not only from the point of view of finances.

The journalist and the client communicate, make friends and, eventually, become like-minded and ideologues.

And the media can not be party ideologues or friends of some groups formed for political reasons. It is impossible to imagine a worse fate for the media. And in our country, it really is like that now.

It is a pity to state that our business is also politicized. And getting rid of it is a long process.

We tried to create a fund that would be funded by the government and would give some opportunity to the media to gain independence. But then we ourselves gave up that idea because it was taking on the logic of political conjuncture again. And it would become an instrument of “making friends” again.

Let’s just admit that info-business is not news, and the society itself should be able to differentiate and punish info-businessmen who receive money from the number of views and visits.

In other words, education is once again what’s important, and especially media literacy.

An educated person always solves his problems on his own, and in that case, there is no need for laws or sanctions.

And let’s not forget that not being independent, in the end, harms the media. How do you sleep well at night if you know you cannot write one thing and you have to write something else?

The various commissions, as well as the Public Broadcaster Board, have a lot of powers, but they do not seem to want to use them. Can it be said that the Public Council, which has already included new members, will have that desire?

The Public Broadcaster Board actually has great powers, including appointing executive directors and establishing airtime policies (without, of course, abolishing creative freedom).

Now our council is actively working, almost on a daily basis. So far, in the form of monitoring and communicating with the executive bodies of the five media units that are part of Public.

I think now is the stage when all the rules of the game should be clarified and we should enter a calm production process.

I do not know how it used to be, but now the process of establishing the program network of the season takes a long time.

Will the new season be different?

If we look objectively, it will be a good season.

Do I understand correctly that pathetic and entertaining programs will increase?

Both pathetic and entertaining programs will increase. In other words, on the initiative of Public TV, the range of programs will significantly increase, starting from the reality show and ending with music programs. A large volume of useful content is also expected.

Public TV is also preparing to open an archive channel, a children’s channel, the news channel has already been opened.

Is it possible to expect that Public TV will not do so much government PR (and often in poor quality and language), but will become more independent and, most importantly, not superficial?

Public TV is not becoming independent but is already independent, there has been no pressure or even mediated intervention from the government.

Of course, the cooperation between Public TV and the government is inevitable, at least because the government determines the amount of the budget that will be allocated to Public TV (except for the minimum amount approved by law). We cannot expect that the Public Channels will be financed by the public.

The backbone ideas of what Public TV should be like are very different.

At least this board is ready to listen to different people, to receive suggestions, to process, digest and serve them.

The council is also the link that connects the public with the directors of Public TV.

In other words, is there a demand for a music show? Has a study been done?

It may sound like demagoguery, but it is the same as asking if we should participate in the European Football Championship or not. In other words, there are things that are a priori understandable, because they raise the spirit, create a certain mood, change the way of thinking, develop the culture and so on.

Yes, I think that there will be a good season on Public TV and any next season will be better than the previous one. In any case, we must go in that direction, expanding the range.

Let us not assume the role of a teacher giving advice, but satisfy all the demands that society expects from Public TV.

And, of course, let’s lay a foundation of high quality so that the expectations increase.

That, of course, is correct. But it is obvious that the broadcast, especially with its tone and content, reminds us that it is based on Soviet standards.

It is very important to formulate what the standard is and especially the Soviet one. If we can really formulate that standard, we will also be able to make accurate changes. But since Sovietism is an airborne opinion based on feelings and historical memories of some people, it will not work.

It is necessary to agree on what terms we use.

There are a lot of young people working in the public sector now, and it is unlikely that they have inherited what you are talking about.

We can call it progressive nostalgia.

Is it about restoring the truth of the past? I can assure you that no one wants to stomp their feet and stay in one spot, and Public TV must not only be in line with progress but also be one of the leaders of progress.

And what will our society be like in three years, to which the future Public TV will address?

Public TV addresses people who think, realize and analyze the value of speech.

In addition, it has a tendency to improve the cultural environment, to set new benchmarks. So that the audience does not change the channel, with the expectation that it will find content that satisfies it on Public TV.

Now our media field is very polarized, full of hatred, just swear words and so on. Is its counterbalance neutral, sterile, toothless and faceless speech (say pathos mixed, which is always faceless)? And is it worth waiting for that kind of energy from Public TV?

This is an interesting topic, but we still need to clarify the terms. I think that the neutrality (not the inertia) of Public TV is a great achievement.

It is another matter that we must take courageous steps, and we have that opportunity in the future.

Public TV, unfortunately, in recent decades, is perceived by the public as a microphone of the authorities. In other words, in a broad sense, what is done is considered state policy.

And the transition to a more courageous and high-quality TV company must be so smooth that it can be understood and accepted by everyone. Now it is expected that these courageous steps will be immediately manipulated in different circles.

Now is the time to use Public TV’s independence in a literate way and make it visible that this is not a channel representing the opinion of the government, but of the public.

But it must be done smoothly because the opinion that what the authorities want is shown on Public TV is very firmly rooted. It is in fact a dangerous stereotype, which first of all affects the rating of Public TV.