“It Is Impossible To Imagine That There Can Be Normal Debates” 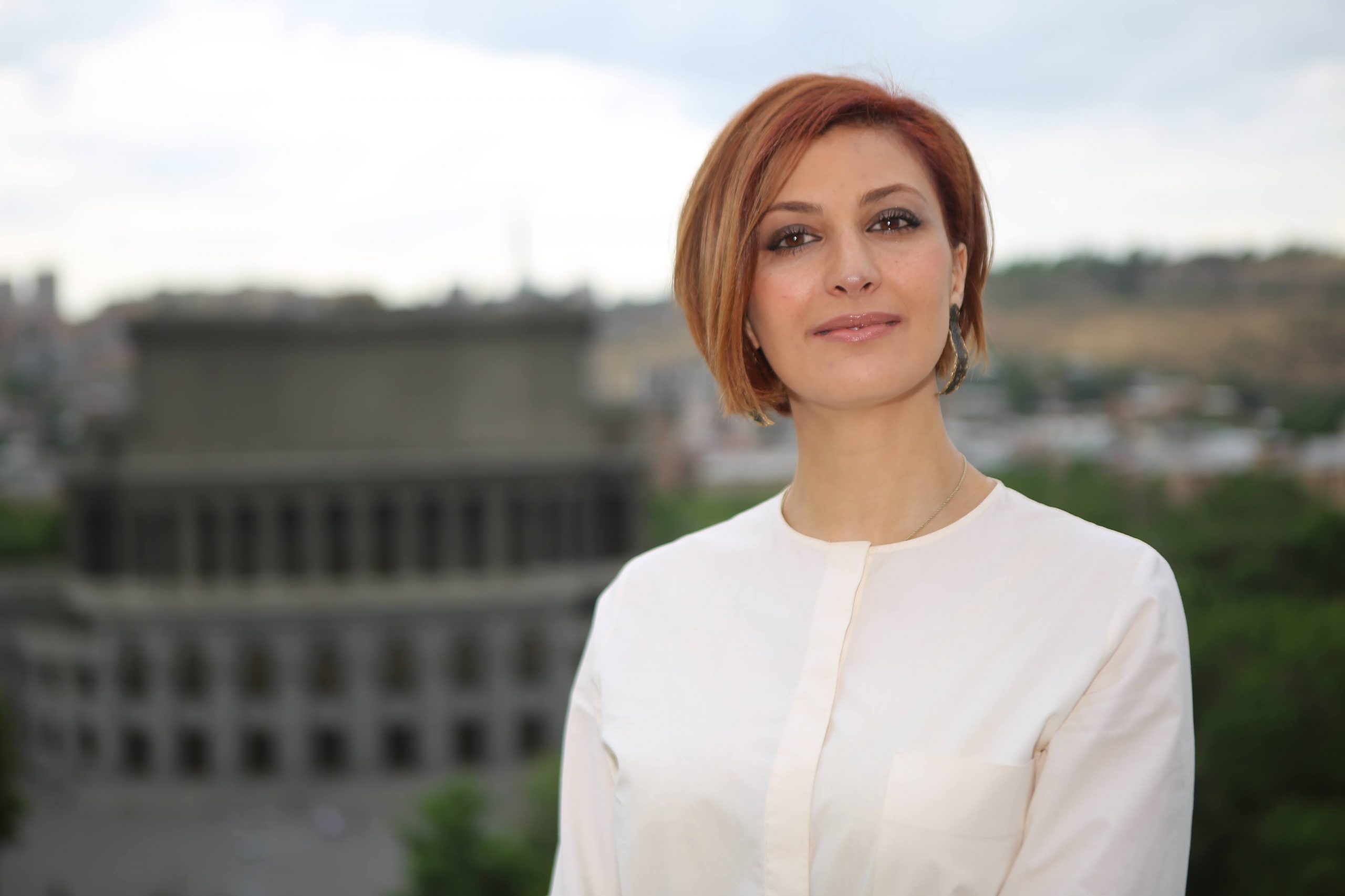 In today’s situation, when many media outlets have clear political support, permissiveness flourishes in the media market. On the one hand, there is swearing, cursing and damning vocabulary, and on the other hand the obvious advertising and glorification of this or that political force.

According to the editor of “CivilNet” and international expert, Stella Mehrabekyan,  today the media and politics not only interact with each other but also condition each other. For example, politicians are well aware that in order to be heard and watched, they must speak in such a way that what they say becomes the headline of a scandalous news item. And it will find its place well, first of all, on Facebook.

Stella Mehrabekyan sees that it does not lead to anything good. And she considers pathos and a hardened mentality to be the first enemy of journalism.

Many journalists have now become political fighters. Not only on social network accounts but also in the media, they present themselves as clear supporters of this or that political force. In the past, at least they tried to hide it, now they are even proud. Is it the era of soldier-journalists?

It is noticeable that during press conferences or on public platforms the journalists do not ask the question to hear the answer, but immediately attack and wrap their a priori position around the other person’s neck.

And it becomes unimportant what the given person answers. The journalist immediately pulls back the microphone and begins throwing accusations.

Of course, the vocabulary of journalists has also changed. In other words, even the minimum standards we were used to no longer work. For example, you can always formulate your question in such a way that your interlocutor answers in the way you want. But even that does not work.

For example, the question itself already says that the “capitulator” or the “traitorous authorities” have taken this or that step.

Yes, journalism has now found itself in a rather absurd role.

Is a journalist an independent person, if their media outlet has such a style?

I am sure that a journalist can be independent in any situation. But, of course, it is the editorial office that gives the assignment to the journalist, which has its own agenda. And it is very sad that that agenda is only to find and spread scandals of the day.

If we talk about the connection between journalism and politics, they interact with each other. They even shape and condition each other.

Politics, especially in the age of Facebook, has become more a form of machismo.

Politicians make their statements in such a way that they are impressively projected on Facebook, receiving loud headlines and a large number of views.

And that in turn conditions and creates news content. As a result, the media field is filled with swear words, labels and insults. It overshadows the real news agenda, which is now a priority for our republic.

After the war, it seemed that we had to come to our senses and create a serious agenda through the media on health, education and security issues. But it turned out that today we are just waiting for which politician will call another an “idiot,” and receive the answer, “you are the idiot.” And it will become the news of our day.

For example, when a politician says, “We will wear it out until it’s limp,” they already know that what they say will be quickly spread on Facebook, and then in the media.

Of course, it is clear that the bright and sensational headline brings traffic, therefore also ensures the vital activity of the media.

But we need red lines that should not be crossed.

If you pass, the public becomes a spectator watching entertainment or even gladiatorial games, either shouting for joy or booing in anger.

There are stages when society is more vigilant and smart than its leaders. That was the case in 2018. Isn’t that the case right now?

I think now we are all broken. Also with a tense and interconnected policy. We do not see colors anymore. The sad thought that we are all either black or white has led to an extremely polarized state of society today.

People now do not want to ask questions, analyze, even talk and debate. And they often fetishize their preferred political force to such an extent that it is impossible to imagine that there can be normal debates. This leads to widespread hostility.

I am surrounded by friends, neighbors, and even family members who are fighting. And in those disputes there is no aspiration for solidarity, there are no colors, only clashes and tensions.

Of course, the war cut off our wings. This was not only a military defeat but also a defeat of thought, the collapse of our myths.

It is very painful to realize and ask in surprise, how did we lose? We were sure that we had the strongest army. How could it be that the Azerbaijanis won if we constantly heard that they are sheep? So they were not sheep? Weren’t we the smartest and most efficient?

It was the result of years of propaganda.

Propaganda has reduced us to a very low level, placing stereotypes in our heads that we are victorious, strong and smart, well-armed and ready to defeat everyone.

We were captives of these myths. Even now, after the defeat, we cannot get rid of them.

Today we are depressed, discouraged and see that politicians do not have much to offer. They only threaten to destroy each other. And in this situation, perhaps the only thing that professional media can do is to stop taking advantage of the emotional background.

If we have already reached an extremely difficult psychological state, the media cannot reap dividends from it.

There are very few media outlets that do not serve political forces and are not funded by any political group.

And they must realize that, for example, the content “traitor,” “you are a traitor,” “idiot,” ” you are an idiot” does not give anything to the public.

If the media itself becomes the dictator of the news agenda, the environment may also change.

In recent years, we have been constantly waiting for the new authorities to listen to the content of independent and high-quality media and draw conclusions. But that did not happen and the rating of the revolutionary force decreased, even before the war. What hindered them? Is it only narcissism?

I think they were greatly hindered by arrogance and incompetence.

In fact, they had great public confidence and had to set a high standard of public speaking.

The elections require impartial coverage of the media during the campaign. It is difficult to imagine in the case of 26 political forces, as it will become fake impartiality. There are many forces for which asking serious questions is a mockery in itself.

Our media, for example, will try to give a voice to forces that more or less have a political agenda and something to say. No matter how much you want to maintain equality, it will not work, yes, in some cases it will be considered false equality.

When you try to ask the political forces a specific question, for example, how they will achieve their declared goals, you come across a series of manipulations.

For example, you ask how they see the formulas for resolving the issues of peace and security, the forces do not answer, they only say, what about the former ones? What about them?

And we find ourselves in this vicious cycle, not knowing how to get out of it and how to move forward.