“Immunity To Infodemia Is No Less Important” 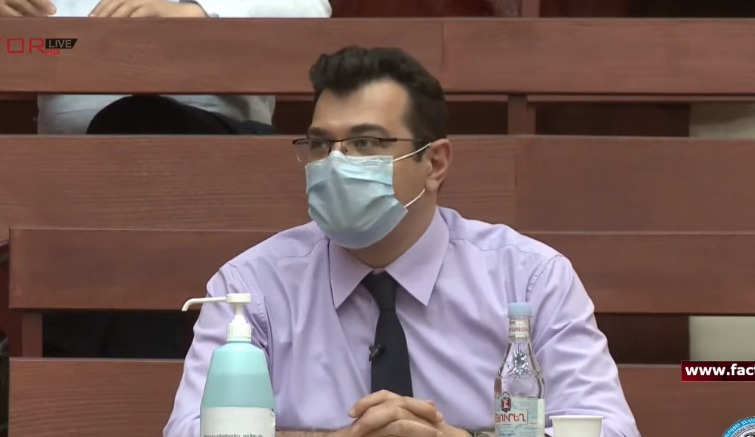 Public health specialist Davit Melik-Nubaryan considers public communication an important component of overcoming the epidemic. Without the right communication schemes, an information vacuum will be created, which will be filled with harmful news.

And most importantly, actions and decisions should not be artificial, because by pretending to work, we only deepen the atmosphere of uncertainty and mistrust. And open a field for deception.

Health issues are politicized very quickly, they become the starting point of manipulations. Why?

Public health and politics are closely linked. This is the case all over the world, of course, we are no exception.

Health is a very important field for every individual, and politicians take it into account. On the other hand, it is the decisions made by politicians that directly affect people’s health. That is, there is a mutual connection.

So, there have always been and still are speculations related to health. For example, when the papillomavirus vaccination program was to be implemented in 2017, all this important measure was extremely politicized and, in fact, did not succeed. The same thing happened in Moldova and Ukraine.

The term “public health” sounds rather unusual. For many, health is first and foremost a personal matter. The inner voice seems to say that the public is for no one, there is no need to take care of others. Maybe that was the reason why the epidemic programs failed by and large?

Analyzing the situation, we must take into account that the pandemic response has several components and all of them must be considered at the congress. For example, we cannot talk about quarantine without taking into account public communication.

The ideal response also involves communicating with people, that is, giving the right messages to people so that people can also contribute to the epidemic programs by following the rules, realizing that the infection is dangerous, and changing their behavior accordingly.

Although, of course, a change in behavior is a difficult change.

In February-March of last year, we did not show a strategic approach and, moreover, we did not have any accepted scheme of communicating with people. And these schemes, framework approaches are very common all over the world and clearly indicate what to do and when to do it.

We did not have such a scheme, and at the initial stage, there were contradictory statements by different officials. And as a result, society began to fall into the trap of being on the fence, asking itself whether the infection was dangerous or not, what to do to be protected.

Then, when a state of emergency was declared, there was (at least in the first version of the document) censorship in Armenia on talking about the coronavirus.

Moreover, very strict censorship, when not only can you not express your professional opinion, but also you cannot refer to the weighty opinion of others. And that led to an information vacuum.

On the one hand, we did not have a communication strategy, on the other hand, we heard contradictory and unfortunately also in some cases, obviously untrue statements. And at the same time, censorship.

An information vacuum is an environment conducive to the dissemination of incomplete or false information on various platforms.

As a result, most people did not realize the danger, and an atmosphere of distrust was created.

There was serious pressure from journalists on the censorship issue, and as a result, that point was changed. But we did not see such a thing from the medical community. After all, it is the resistance of the competent community that corrects the state programs.

There are very few established medical associations in Armenia that could raise issues. I can also say that even doctors made statements, analyses, comments that have no scientific basis.

Communication strategy is not just a nice word, it is a concrete toolkit. It is very important to have participatory work with the media. For example, at least online seminars should have been organized for journalists on how to cover the epidemic. Also, collaborate with famous bloggers who have a large audience. Work with communities – village governors, mayors, etc.

That is, to do everything possible to spread the right information as widely as possible.

And what manipulations were made about the infection? And why did they find themselves in fertile soil and bloom?

Remedies for infodemia are also on the list of epidemic strategies.

To counteract this, you must first monitor, for example, periodically collect myths about the infection.

But it would be good if the work of your website reached the decision-making bodies, which would edit their strategy based on journalistic work.

If we talk about people’s gullibility, we will see several reasons. The first is education (many are not media literate, but are active users, at the same time we lack the right information).

Let me bring an example. There is a widespread myth that vaccination against coronavirus leads to autism. And when we analyzed, we saw that the myth started from one publication, which is so widespread that until today it cannot be fought against.

Social networks have changed the consumption and dissemination of information. And this should also be taken into account when building communication schemes.

We still lack the right information, and that causes distrust, fear, uncertainty. People start believing what is easier to believe.

For example, it is easier to believe that the infection is a conspiracy than to change one’s behavior.

Now we are facing a very important action – the launching of vaccination. But again we see that we have not learned lessons and do not communicate with people, the questions that arise are not answered. People, for example, do not know whether to get vaccinated or not, if they are already infected, whether it is safe, what is the difference between the vaccines and so on.

Only serious enthusiasts answer such serious questions, there is no systematic framework approach.

Are we getting vaccinated now or not? And with what vaccine?

You ask a question, but there is no clear answer because the lack of communication is obvious. As far as we understand, the vaccination with Russian Sputnik V has started in a small group of people, we’re talking about 15 thousand doses, which will be directed first of all to the medical workers.

It was said that the vaccination with AstraZeneca should start in March in already at-risk groups, according to the guideline. But in reality, we do not know whether that vaccine has already been brought to Armenia or not.

These are questions that are asked in a vacuum. And the vacuum raises suspicions, conspiracy theories.

Such large-scale and important campaigns must be accompanied by communication through various means of communication (from television to face-to-face meetings with small target groups). And one department cannot do that. Everyone should know what they have to do, the concrete measurable results.

70% of the population must be immunized to be able to say that the coronavirus does not pose a threat to public health.

And immunity to infodemia is no less a serious problem. This became apparent both thanks to the war and previous events.

We can overcome infodemia through the dissemination of knowledge and re-evaluation of education. I mean education in a broad sense, both media literacy and health literacy.

There is a popular subject in the world – health literacy, which is taught in schools. Children learn from an early age what disease is, how infections spread, and so on. It also lays the groundwork for protection against conspiracy theories.

And it would be very good to have such a subject in Armenia as well, as the subject “Healthy Lifestyle” includes a very narrow range of questions. Unfortunately, literacy in general health is not important for us. As a result, people are self-medicating, do not turn to doctors, do not trust the system.

We need to find an acceptable model for our society to talk about the body and health. And let’s not forget that what works well in other countries can have the opposite effect. I advise you to avoid copy-paste of programs. Ideas should always be localized, taking into account local nuances. If left unmanaged, they can be left astray and lose the right path.

In fact, people go to the hospital where there is no room. They may be infected, but the test will be wrong.

Let me tell you a story from the life of first graders. Since the children have to wear a mask during the lessons, but the mask is constantly taken off, the teacher agrees that when the inspectors enter the classroom, they will give a special sign to the children and everyone will immediately put the masks on their faces. In other words, an internal agreement is created that pretending is the only way out. I think this says a lot about our society.

The story you shared is a national tragedy.

There are two serious problems in that episode. First, children are taught from an early age to cheat and break the law. But there is also a more serious disaster. The demand placed on children is unrealistic from the beginning, has no scientific basis and is largely meaningless.

We have analyzed the latest data: There is no compulsion to wear a mask in the lower grades in almost any country. It has been proved that it has no epidemic effectiveness, the most authoritative structures have made publications about it.

But since our struggle is conducted only on paper, the demands are not reviewed.

The teacher is not guilty, such a demand is meaningless. Nobody reconsiders whether the developed norms can be applied in real life or not.

And the sad thing is that the authors of the unfounded demands themselves know that they will not be fulfilled. But they probably think to themselves that nothing will happen, the important thing is that I do it so that tomorrow I’m not accused of not doing something.

People understand very well that it is possible to get out from under practically unfulfilled demands only by cheating. They have to cheat. And health, children and morality suffer from it.

And we all involuntarily become part of the deception.

Perhaps it is the shadow of Soviet thinking.

I agree the roots of many of our problems come from the Soviet Union. But in the end, it must change. We have been an independent state for thirty years.