“Journalism In Armenia Is Perceived As Technical Work” 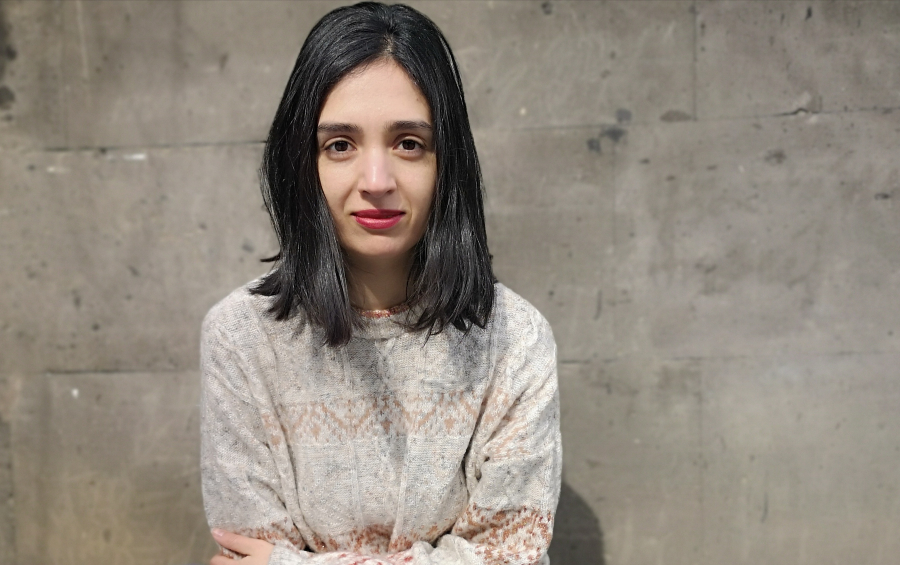 Sociologist Arpy Manusyan considers information noise a means that contributes to the polarization and indifference of society.

And now we live in several such noisy waves. We will either drown in them or turn our gaze to the inner world to see how we can ride that wave and get out unharmed.

Sociological research is a good tool to see ourselves as a whole. For example, this Socioscope study found out how manipulations and hate speech are spread in online media from a gender equality perspective.

Arpy Manusyan together with a group of sociologists studied the activities of anti-gender campaigns, rhetoric, cases of targeting women and human rights activists dealing with gender issues and the purpose of the manipulative discourses spread on social media.

Another study is currently underway on how these same groups continued and deepened misinformation or disinformation on sensitive topics during the coronavirus, such as the Lanzarote Convention or the anti-abortion bill.

Arpy Manusyan attaches importance to the role of pillars in society, including reliable media. When you are limping, you are always looking for a firm foothold. Now we are limping and the pillars have decreased.

Social media posts often appear in the media as an article. Although the professional media must do some verification work before publishing, we see that reprints from the internet are very common. Examining online media, can you tell how media links to online content?

In essence, the platforms that produce copies cannot even be called media, they are rather platforms that feed into public fears, mislead public knowledge and positions, and manipulate emotions.

They just take Facebook statuses and copy them, because they often belong to the same groups and individuals. And whatever they write, it will become so-called media material and will be circulated.

Even society already treats those statuses as media material.

I think now there is really a need to understand what those platforms can be called. They do not create their own content but rely on individuals with specific economic, political and media interests. And they are in no way representing the public interest and public knowledge, but on the contrary, they play very well especially on sensitive issues, about which the public may have certain fears, superstitions, etc.

These sensitive issues include gender equality, domestic violence, the problems of the LGBT community, that is, homophobic discourses.

It can be said that there are homophobic moods in the general public, and these groups, understanding this very well, definitely spice up their materials with conspiracy theories. For example, presenting international conventions as propaganda of homosexuality.

The political goal of spreading false information about sexuality and gender equality is to create noise and fake imitation.

With that noise, they also seem to tell the government that society will not forgive them if they suddenly show any progress in the issue of gender equality. And as far as we can see, in fact, the government fell into this trap with both their legs.

It turned out that these groups managed to block not only possible reforms but also the formation of serious public discourses on these topics.

That people are afraid to talk about these topics on the air or on other public platforms.

Many inadvertently become wary, because the level of hate speech becomes terrifying.

By making media noise, these groups simply put us in a deadlock when we have to constantly respond to them, refuting their proposed agenda or trying to respond to this or that misinformation.

But it is obvious that our resources are not proportionate, we do not have enough platforms to be able to speak freely.

And when it comes to talking, people are so targeted that they prefer to go underground. And it turns out that they also succeed in this regard. We are intimidated, we step back and give up our territory.

There is an accepted gender distribution. Add to that the factor of tradition (it is not clear in which period) and God (the supreme judge). It turns out to be a chain of very strong stereotypes, which is then presented as the only truth. How is this chain of stereotypes built?

All this is presented to us under a certain guise of antiquity or patriarchy, saying that there are traditional roles (the woman is humble, the man is dominant, there is no homosexuality). And it is mainly presented with ideas about the family, the hearth.

In other words, the tradition is presented as a solid, single structure, which is not subject to transformation and since we have inherited it, we must remain faithful to it and live in peace with it.

By constantly playing on the idea of family, they try to advance the line that those who talk about changing tradition are a project of the West, “Sorosians” who contradict traditions.

The Socioscope has also conducted a socio-historical study of sexuality over a fairly long period of time. We discovered a lot of interesting and varied layers, from male-female relationships to attitudes toward homosexuals, and so on. For example, the fact that equality has also been part of our tradition and culture. That there are different historical layers that are changing and subject to change. This is also our heritage.

Let us also not forget that it is impossible to speak of only one tradition.

After all, traditions are often invented as well.

It seems to me that researchers, as well as healthy media, should be able to break these manipulative coils we are wrapped up in, thinking that if we have inherited something, then there is nothing we can do.

And let us not think that if the people who dare to question the discussions about this or that tradition, carry out a project of another force, which is not in the public interest.

It seems to me that this is an important thing to do.

What is the role of journalists? We see that it is the journalists who use stereotyped questionnaires. For example, be sure to ask female speakers or guests how they combine family and work. The same question is never asked of men. It is a small observation, but the norm starts with a repeated detail.

I think a lot depends on women professionals. After all, they may decide not to answer, thus challenging the journalist who asks such questions.

I would also like to talk about journalism and the role of the journalist in general. Recently, studying the journalism of the first years of Armenia’s independence, I came to the conclusion that in those years the quality of public discourse and journalism in Armenia was much higher than today.

Forgive me many journalists, but today journalism in Armenia is perceived as technical work, not an important activity aimed at the public interest.

Maybe the reason is that the journalists do not see themselves as having a mission to see the public problems, raise serious issues and destroy the false coils and manipulations, and not to promote them.

It seems that journalists really see their role only in providing technical coverage. Perhaps it is also facilitated by the requirement that the media be objective and that journalists have no position.

This model of journalism has now turned upside down and left its bad consequences.

The journalist is told that it doesn’t matter what subject is being covered, that they shouldn’t have to be picky about the topics they have chosen.

But this is a very big manipulation, because looking at today’s media field, we see very clearly what interests the media has, and we can count on our fingers the number of media outlets whose journalists care about their chosen topic, or the number of editors-in-chief which allows them to actually deal with important public issues.

This gap is also due to education, how journalists, in general, are formed, what knowledge they receive and what their goals are.

In addition, we see almost no internal reflection. And this is not only in the media field but in the broader humanitarian sphere.

There is no inner need to sit down and try to understand where we are and how to get out of this deadlock together.

It is also due to the lack of reflection that the language of communication does not change. In the end, there was a revolution (which may not have been a revolution in terms of results, but it was an opportunity), and in many areas, the language did not change. And that inertia is the reason why we are now acting inadequately to the situation.

It has become just a tool that keeps the public away from politics, or rather, makes people disgusted with politics.

The journalism that exists now thus reproduces and deepens the apathy and depoliticization that existed until 2018.

How does language affect us?

Journalism demeans the language in which serious questions are asked.

For example, instead of asking the language in which politicians speak about people and becoming a platform for the public, journalism becomes just a means of reproduction, which once again spreads cheap political speech.

It seems to me that the constant making of media noise has already become part of the political agenda.

The goal is to create such a noisy information field that people just find themselves in a state of disorientation without any support.

And the pillars, the trusted points (for example, the trusted media) are very important, without them we find ourselves in a bad place.

Our focus research in 2019 showed that often people do not even pay attention to what media they read. They just read the news on social networks without any distinction. In other words, the Facebook administration was a good tool for uniting and mobilizing the masses during the revolution, but now it has thrown us in the opposite direction, into widespread noise.

Now we do not listen to each other anymore. They do not even listen to people who think the same way and are on the same side of the barricades.

We all lack that inner reflection that would allow us to think about where we went wrong and what we can do.