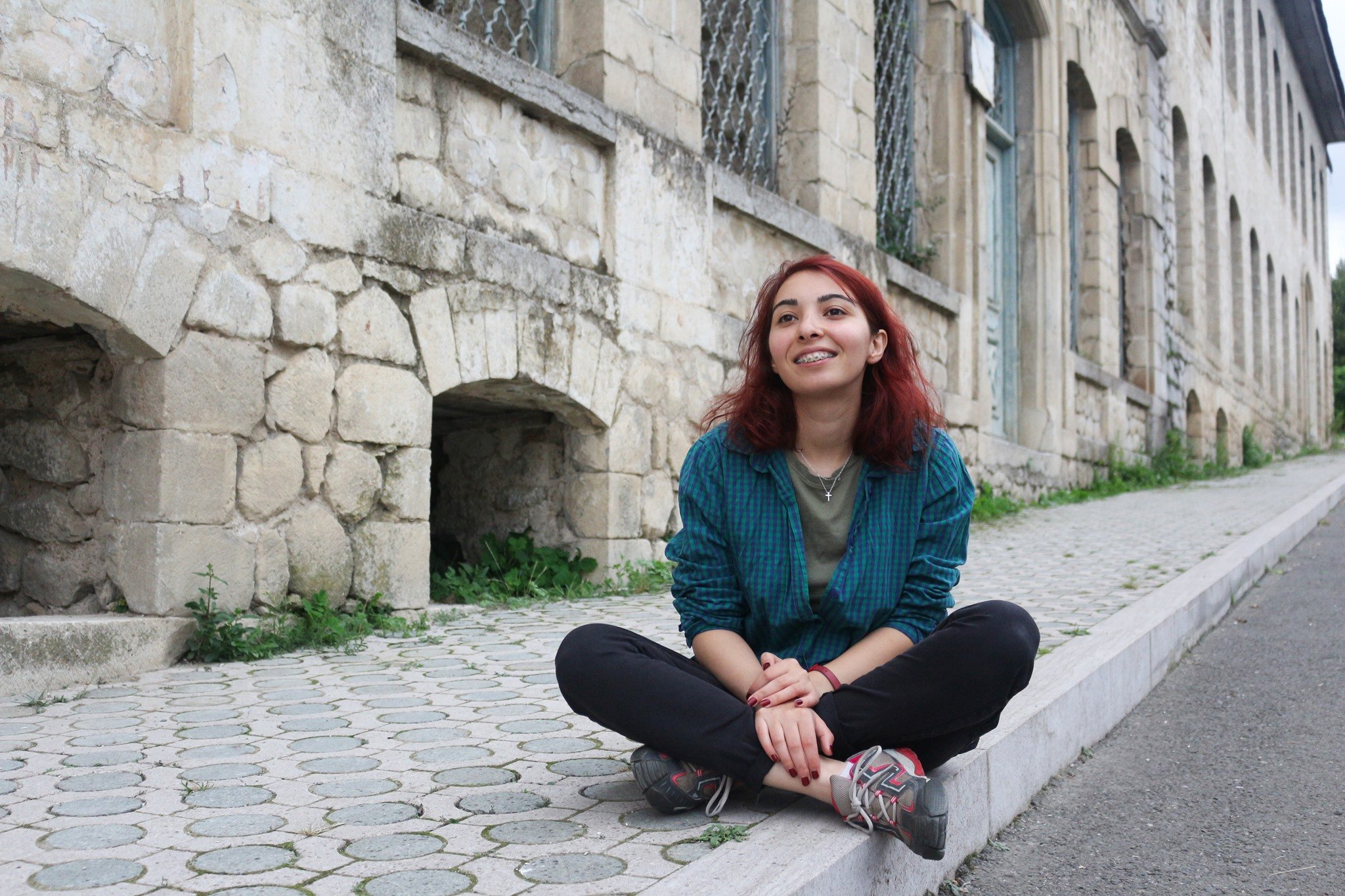 After the Armenian-Azerbaijani war, the Armenian side also lost schools, which are now on the list of irreparable losses. And it is not only about the area, but also about the environment and human connections, which now need to be built by this time by editing and correcting the model of education in a broad sense.

And although many now talk about the role of education as a rescuer, those conversations seem abstract, until concrete steps and ideas about the future are united in this extreme situation.

The Teach for Armenia Educational Foundation started working in Artsakh five years ago and mainly in border villages. Of course, now that the border has changed, the programs have also changed.

20 schools are already out of the control of the Armenian side, with which “Teach Armenia” cooperated, training teachers and filling the gap of specialists with the teacher leadership development program. There are not many schools, but there are schoolchildren (from Hadrut, Shushi, smaller towns and villages), and there is a need for emergency education for students displaced from Artsakh.

Narine Vardanyan, a former teacher of Armenian language and literature, who worked for two years at the Vaghazin secondary school in the Kashatagh region of Artsakh, speaks very carefully about the migration of schoolchildren from Artsakh and the problems of young villagers.

Now she is in Stepanakert, coordinating the work of teachers in new conditions. It is important for Narine that education is based on the connection between knowledge and life. 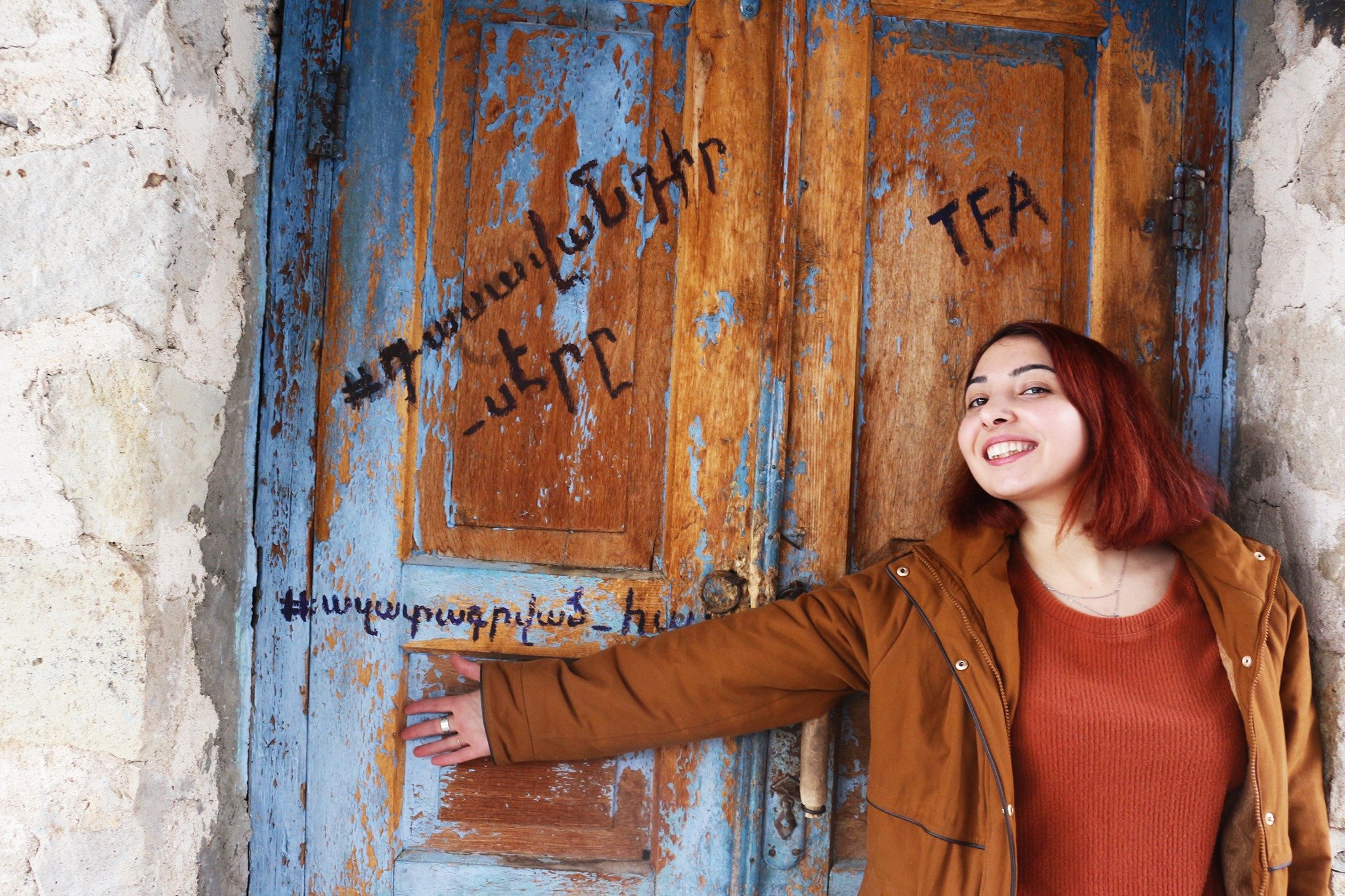 Now we see that the Russian language is playing a big role in Artsakh. Of course, this has always been the case, but what is expected in primary education now? Will Russian education be considered more desirable?

It is difficult to talk about the future when there is a project to make Russian the second official language.

I was comforted by the fact that, at least at the official level, the issue of incomplete knowledge of literary Armenian was being supplemented on TV and radio. Now, frankly, I do not know what to be comforted with. We will probably rely again on the connections made by individuals and a little bit on our instinct for self-preservation.

Here in Stepanakert, I often hear an apology that they find it difficult to speak Armenian. And it gave me hope that at least in the future in the Armenian environment Armenian speech would be heard more, even if only in a dialect, for me there is no difference between the dialect of Artsakh and the dialect of Ararat.

In any case, identity is a choice, time will show what identity we chose.

But as far as I have noticed, there is already a change in the service sector and the Russian language is used more often. And the level of Russian language teaching in the schools of Artsakh has always been high, as most of the teachers are from a generation that has a Russian education.

Besides that, the people of Artsakh mainly speak either dialect (as it is convenient for them) or Russian. Very few children are fluent in literary Armenian. And there has always been a need to fill that gap by teaching different subjects. Teachers not only of the Armenian language but of all subjects are also language teachers in some sense.

After all, a child will find it difficult to learn biology with Armenian textbooks when they know the language poorly. And the solution here should not be to change the language and the textbook but to change the hours and attitude given to the mother language.

Literature is, of course, surprisingly taught at school. It seems to be considered an obligation, not a pleasure.

But in reality, the problem is that children have always been forced to read and present very schematic, textbook texts about the life of writers, to memorize certain dates, episodes of the writer’s life. The reason for not liking reading, in fact, starts not from the student or the generation, but from the method of presentation, which does not arouse interest.

When I was teaching in Kashatagh, I asked the high school students to read just a few books, without taking into account the commentary of the textbook and without the need to get a grade. Just a reading assignment was enough to break the ice and make them enjoy reading and then discuss what they read.

I am sure that reading with pleasure changes and inspires many children. The child simply has to see the connection between the book and their own life. For example, I felt that they enjoyed reading modern literature more than historical novels. But it is modern literature that opens the way to novels and literature in general.

When we talk about reading, we also mean the texts in the media and social media. And it turns out that everyone always reads. The impression is that teenagers who live in constant information are much faster and better able to differentiate daily news than adults. Is that true?

Orientation in the media space, media literacy is connected with the ability to learn.

It can be a serious problem for students if the teacher who teaches them is less proficient in the various testing tools and technologies.

The low level of media literacy is especially felt in rural communities. And it is often easier for students to distinguish between false information than their parents or even their teachers. There have been cases when children forced their parents to delete links from Facebook, saying that they were spreading lies. For example, soda cures cancer or any other unverified news.

The right to comment is always more expensive than memorization. From undeniable historical facts to fiction. How can that nerve be developed in schoolchildren? So that this skill will help to evaluate any public speech correctly later.

I am sure that this generation is much more open and has the skills to get information from different sources, which helps them to interpret and differentiate what happened correctly.

They simply do not have the tools to do so. They need guiding tools and advice because they can not check and evaluate everything by smell and instinct alone.

For example, during the war, even the children we worked with to develop media literacy were easily manipulated. There was even an impression that everything that we have discussed, advised and developed a thousand times, disappeared at once. As if it did not exist.

They seemed to have forgotten how to use the news, how to avoid emotional messages. Many spread the materials of Azerbaijani sources without hesitation. The demand to disseminate only official information, in turn, made everyone one-sided and emotional.

In fact, school-age children are easy to manipulate, given the general emotional background.

But there is also a layer of general upbringing that reinforces stereotypes in children through both literature and the media. And the main thing is the idea that we exist in the world and there are enemies.

We do not show children solutions, examples of strengthening and developing. We almost always offer to find ourselves against something, not for.

The secondary school of Vaghazin village of Artsakh’s Kashatagh region, which remained in the handed over areas

According to the school curriculum, we demand to remember a few years and a few events, where, as a rule, the culprit is always the enemy, the other, the one who oppresses us. And in that case, it is impossible to demand analytical thought from the child.

For example, when we asked middle school students what year and event they consider important, almost everyone answered 1915 and the Genocide. It is embossed in them as the most important event because the story (then also their thoughts) revolves around it.

In other words, the children consider the most important event that happened to the Armenian people not to be the establishment of the first republic or independence or any event from the past centuries, which testifies to our national dignity, but the genocide.

And so they are based on the idea that the world is guilty and our identity is built on blaming others. Thus, they learn to base their ideas about the world on accusations.

In the education system, a lot depends on the teacher. If they are flexible, inquisitive, can be interested in children and also cunningly provokes, the child will be lucky.

Yes, much depends on individuals, and individuals are few. The system requires the teacher to pass dry and non-discussable, textbook information.

Our teaching is generally not based on open thoughts, debate, discussions, critical thinking. For many years it was based on the practice of memorizing only numbers and dates.

This can be seen in the example of literature. Children are required to remember which school this or that writer went to, but no importance is given to the environment in which the work was written.

That is, the big picture, the context is considered secondary. And if the children do not see the writer in their time and do not look at them as they do today, they do not understand at all why they should read and study their writings.

When, for example, I tell them about Nar-Dos, who often talked about enlightenment and urged others not to use the services of doctors, but to consult with doctors, the children are very surprised. They feel that Nar-Dos’ thoughts are still relevant, interesting and not boring. Or they see that Raffi has written many novels in support of the feudal movement and set such a goal before himself.

And what goal can be set for children now, in this uncertain and controversial time?

Probably the best way to overcome the uncertainty is to give children the opportunity to change something in their communities.

Teach for Armenia now has a program to cooperate with students in very specific directions. Children choose a topic and start creating, designing, building projects around it, trying to improve the life of the community or school in the future.

That is, they work where they live.

To some extent, this initiative will help them to imagine their future on their land. And be assured that although they are not yet adults, they can be helpful. Suppose you set up a laboratory, design an engineering structure, or improve a water supply network. And most importantly, search for the necessary knowledge and apply it.

In the same way, knowledge will not be a waste, and children will not be tired and bored and say “why should I study if I won’t be using that knowledge anyway?”

Feel needed, able, enterprising and responsible for the future, even if you are a resident of a small village. This is the most important thing that education should suggest.

Let’s try not to find ourselves in such a weak and helpless situation again as in recent months.

I myself came to the field of education when I felt not only talking about problems isn’t enough, it is also necessary to act. I quit journalism and became a teacher.

I am convinced that education is the best, long-term investment if we want to have a strong state, a developed economy and an efficient army. And not to have war.

After all, education is the guarantee of peace.