Under Pressure From The People, The Media Is Also Paying Attention To The War 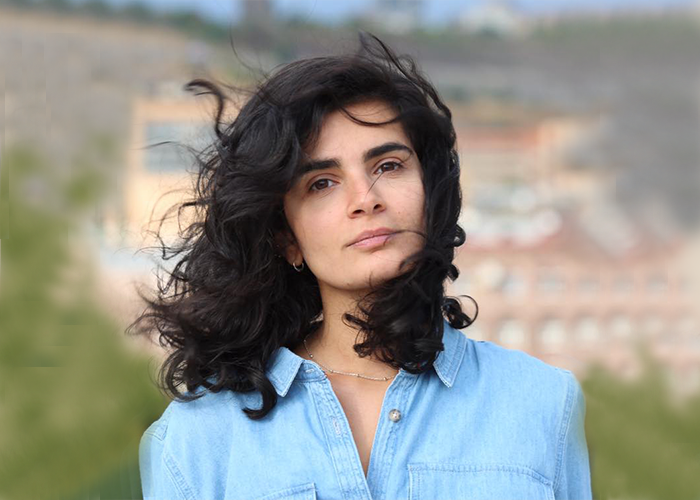 Many Armenian journalists covering the Armenian-Azerbaijani war are in a difficult situation. It is not even about physical security, which simply can not be guaranteed, but about information filters.

In addition to the restrictions imposed during martial law, self-editing also applies. So that you do not rush to report something that could cost lives.

Ani has noticed a very fine line that goes through the full transparency of journalists and information restrictions.

All the main news is from the front line. Does that change the job of a journalist?

People think that journalists always have more information than people. In fact, that isn’t the case now.

Of course, the sources of journalists are different, they are also unverified sources, views, hypotheses. And it is very difficult to find out how reliable they are.

For example, when it is announced that the Azerbaijanis have occupied a settlement, everyone here denies it. Even if we knew that the enemy troops were advancing, we could not write about it. Our sources are not official, it was very dangerous to be harmed by such information.

Our internal critic, our internal editor does not allow the publication of such information. After all, in addition to being journalists, we are also citizens of Armenia.

Now, in addition to being really right and wrong, the principle of not harming is more valuable. And both being delayed and not being quick enough can become harmful and cost lives.

Unless the authorities report any incident, we have no right to cite unofficial sources.

It is difficult to use what the eyewitnesses said as a source because the situation is changing rapidly, we simply can not quickly verify what happened.

It is customary to express two opinions in the international media (one side says, the other denies, one claims, the other considers it misinformation, one accuses, the other denies). These symmetrical materials are a bit artificial, they do not allow the outside audience to understand what is really going on.

This is a serious issue. I myself grew up abroad, received a journalistic education in Belgium and I know very well that a neutral journalistic position is appreciated when it is necessary to present both sides and be as neutral as possible.

It is clear that they are doing this so that the materials are not one-sided. But the problem is that now during the Armenian-Azerbaijani war many journalists cannot enter Azerbaijan and report what happened there from the scene.

It turns out that neutrality is not maintained. It can not be preserved, even if they simply quote the official views equally, and show only their own shots filmed on one side.

For example, following the French and Belgian media, I can say that now the media discourse has changed significantly. At first, the French media did not cover the situation in our territory at all, now the Artsakh war is more actively covered, the articles are more extensive, the materials often appear on the front pages of the media, which proves the importance of the topic.

Belgium also talks more about our region and when presenting material about the war, they always present Artsakh’s point of view. And this is due to the fact that Armenia allows international journalists to enter Artsakh and cover the situation from inside.

That is, if the journalist is here, of course, they will write about it as well.

But, of course, politics plays a big role in influencing the media. The French president, for example, says in a direct text that Turkey should stop its games. And in many other countries, such as the United States, the media is silent because politicians are silent.

Now Armenians are protesting in the United States. Is it an effective step?

I think Armenians could have demonstrated earlier and bigger in the United States. You have to show up to be considered.

It is under the pressure of the people that the media at least pays attention to the war.

But we see that no matter how much we rely on media responses, military success is crucial. If we succeed on the battlefield, the news also changes.

No matter how much the truth is on your side, in the end, yes, the battlefield provides the main opportunities for information.

When the war broke out in Syria (already nine years have passed), from the beginning all the media constantly talked about the horrors of war – the victims, the refugees, the struggle, the resistance of ethnic groups. For example, the Kurds, who were positively perceived in the international media. And what happened… By and large, nothing. Now almost no media outlet talks about Syria.

In wars, either a military or a political decision ultimately wins.

Of course, journalists talk, attract attention, try to present the situation in many ways, but after a while, it fades away. The audience sees that war does not offer a solution. And as far as I can see, the media will also get tired.

Frankly, I really doubt now that the media can really change anything serious.

Recently, I was talking to international journalists who wanted to go to Artsakh, and many were upset that the Artsakh government decided not to allow them to enter Artsakh. The aim was for the journalists not to film the buildings, the infrastructure of the city, the people, which was used by the Azerbaijani side to more accurately target its strikes.

This step taken for the security of the population made our work in Artsakh very difficult. It was understandable for Armenians, but foreigners were dissatisfied.

They said we came, we have arrived, we want to show the reality, and you are limiting us. We were trying to make them understand that right now it is a matter of life and death.

And the most important are ethical issues.

As a local media outlet, we are constantly paying attention to the fact that we do not suddenly reveal much in pure footage. For example, when filming the shelters in the basement of the church, we were editing them with the narrowest and largest plans so that it would not be suddenly understood that this is a church and we would not inadvertently reveal the location of people.

But at the same time, two foreign media outlets calmly showed everything and announced that the shelter was in a church.

That is, they do not see any problem in reporting it, as they are accustomed to everything being transparent. They do their job without thinking much about the life of the local people. They cover what is happening today and in many cases do not care about what will happen later.

Perhaps this is the opposite of democracy. You either have to close information sources like Azerbaijan or open them like Armenia. Democracy is always a risk, but it’s impossible not to have.

Of course, it is clear that we all want maximum transparency, but sometimes information must be limited, even if it is internally motivated, if it harms human life.

And to what extent can the new restrictions on publications harm Armenia’s reputation in the future?

I think it is already causing damage. If the world sees that we are also restricting journalistic filming (even if it is justified), it will not be well received abroad.

As far as I understand from my contacts with journalists, they do not see it as a step taken for security, but as censorship and out of a dictatorship.

And I would not want us to become a country that justifies restrictions like Azerbaijan in their eyes tomorrow, where coverage is hindered.

Now we have only two officials talking about the war: Shushan Stepanyan and Artsrun Hovhannisyan. And both of them constantly talk with excitement, mostly about victories. Negative discourse is a small percentage of their speech. And the problem is that the journalists working on the spot do not have that impression.

There is a certain gap between official and real information.

Sometimes the dominance of positive news is also questionable. If it is said that we made an effort but have not yet succeeded, it would be better than constantly emphasizing that we will win.

We now seem to be alone against the whole world, and it seems to me that we should not keep repeating that we will be able to win alone.