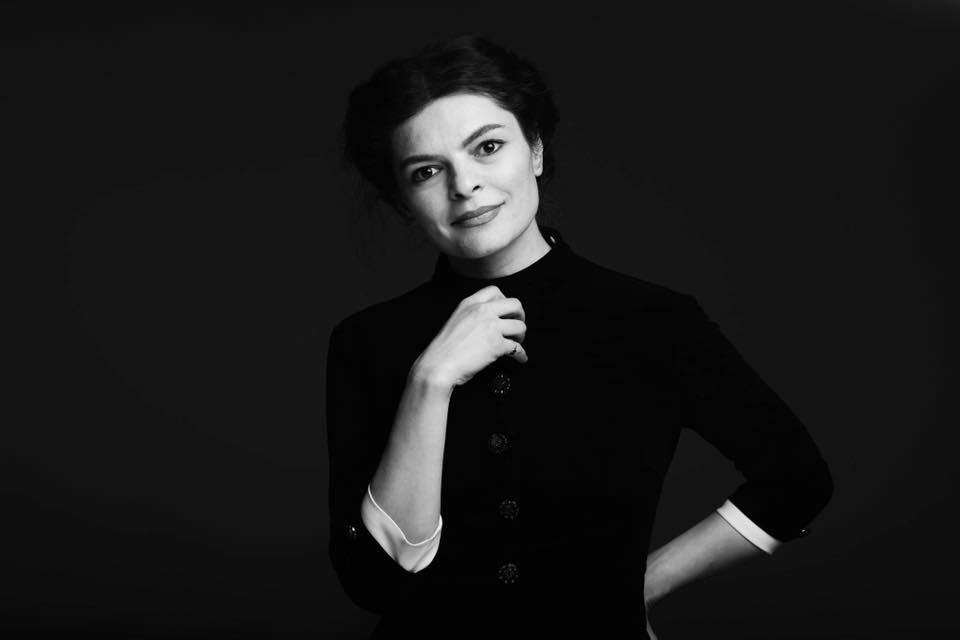 The Hamazgayin Theater After Sos Sargsyan has long been in the center of media attention. But the reason was not the performances, but the struggle going on backstage, appointments, resignations, and rumors about an order of dissolution.

What has happened with the theater is a real-life drama that could be the basis of a documentary production.

The former artistic director went away, the Minister of Culture said that there was a misunderstanding and that the theater is not dissolved, as a result of which the theater chose a new leader and director (on its own) and went on with the show with enthusiasm. That is the performances.

The new artistic director of the theater, Narine Grigoryan, said, “ The theater needs freedom like air, which is the soil for creation. The artistic director just helps good people to meet each other and not interfere in the creative process.”

Recently, Narine Grigoryan staged a documentary “Victory Genesis,” which is a very expensive experiment for the theater to collect and process real memories of real people.

Actors play their own memories as a role. It’s a sobering and emotional step for getting out of the tone of fakeness and talking in the first person.

The fact and the theater were joined to make this dialogue.

The media focused on the theater, and the theater began to work as it never has before. There’s that impression now when the theater chose its leader and did not quietly accept an order.

The media has helped to get people’s attention and to grow the love towards the theater.

Perhaps thanks to the media, we all understood that we were a very important theater, and we had many followers who even wanted to do a flashmob, buy tickets and come to the theater in order to watch a show.

In the work of the theater, rhythm is important, which we now have, and we have already announced about seven new premieres.

Of course, all this happened thanks to the noise of the media. Apart from the fact that I have never been a theater art director, I haven’t even been in the spotlight of so many media outlets. For three months we were in the news flow and everyone was by our side.

The theater seemed liked like a freedom fighter in the news flows.

The greatest mistake started when we were told you are only actors and you must obey.

We do not regret any words or deeds.

We even asked Vigen Chaldryan, director and at the same time art director of our theater to leave, because we did not want to enter the media field. But the dialogue with him would never have happened. We applied to the Ministry, deciding that we should appeal to the press in only an extreme case and as gentle as possible. That was our precondition.

But Chaldranyan appealed to the press first, calling us “terrorists” who have entered a plane and want to hijack it. The most annoying thing was that no one was going to sit down with us at all. And when we were told that they wanted to present a new art director, we called for a press conference.

And from that point on a news thread began to expand, develop, and manipulative materials also began to appear.

What are the signs of a modern theater?

I think, in the first place, dramaturgy. Sometimes there’s an impression that our theaters are not well-versed in contemporary playwrights the same pieces are always staged. One stages something, the rest do the same.

I myself have always struggled to play contemporary dramas and since now we have the opportunity to do it, we will.

In reality, a revolution in the theater is not desirable. Actors only feel bad about abrupt steps. The format of the theater should simply be modern.

Can the playlist model change when the performances have been living for years and unchanged?

I think time and space are dictated by the playlist. In major cities, theaters can afford to play a single play for years, but I think that for us to work like that would be a shame.

Now I see that in a theater they decide to play “For Honor,” then the same piece is shown by the other, as though there is no other piece. After all, there are 16 theaters, nose to nose, and modern dramaturgy is endless.

Of course, my voice comes from a position of comfort, because I have worked with director Serge Melik-Hovsepian, who knows five languages, is aware of new plays, watches, chooses and translates it.

An example of a new dramaturgy was the documentary “Victory Genesis, a fresh and interesting thing. I have always thought that we lack access to real things on the stage. Even as a digest of events which will be short-term and will be on topical issues.

“Victory Genesis” has been prepared for a long time. Sara Nalbandian wrote the piece at first, conducting interviews with different people about the 1990s. It would have been a verbatim style performance when the true memories of the actors were presented on the stage.

But something strange took place: we actors read the piece and moved on to our own memories. We told each other stories that were closer to us. And since they were so many and not coordinated (one person starts to tell a story and the other continues), our work became longer and it seemed that the process of exchanging memories was endless.

Real memories were important to the actors

It is understandable that if we collect a wider range of memories, there would be a stronger dramaturgical basis since there are more interesting fates. But actors categorically objected to including memories of episodes they did not survive, even when the playwright wanted to enrich the text.

Sara has again transformed the play, and only our memories remained, nothing has been invented. We are our memories: Armen Navasardyan from Shamshadin, Varsham Gevorgyan from Yerevan and I from Artsakh.

Work on “Victory Genesis” began two years ago, but it wouldn’t reach its end, it was postponed and frozen. And as we know very well, unfinished work stays like a scar, constantly painful, we breathed easy again when it became known that Chaldryan was leaving, and at the press conference, we announced the premiere.

We have not done anything for two years, now we planned 7 premieres in a year. Every performance will have its director and artist. The Soviet model when there are a chief director and chief artist must finally disappear. Every person brings a freshness with them.

Will there be another attempt at documentary theater?

Sara is now writing a new piece for us, which is based on the internet, and our constant habit of writing each other and reading what each of us writes. People live online, and the play is based on the experiences of the online community.

The format of memories allows you to speak about those with spontaneous, intricate, “unordinary” ideas. That is, people who are like us.

There is a gap between the theater and the audience. The theater is also artificial because of language, because of life and the language of the stage have distanced themselves from each other and lies were created. Different big and small lies are now in the theater.

The language of critical articles which are voiced not only from the stage is very complicated. Perhaps that is why it is repulsive.

The lie is also a pathos. In theatrical analysis, the meaning often disappears behind a pile of superficial words.

There are very few theaters whose artistic directors are women. You are not only a leader but also an actor in demand. Are you satisfied with your film roles?

When they are still offering a role, they say, “You have to play an unhappy Armenian mother.” I ask them, why is the Armenian mother unhappy? I ask the directors to at least explain the level of the mother’s unhappiness.  No, it turns out, that an Armenian mother should only be unhappy.

For a moment I even felt that every miserable mother on the screen has my face.

It’s a tiring mask and now I usually categorically refuse to perform the role of a tortured mother.

It’s time for the Armenian woman to appear in cinema as a self-sufficient person.