“Manipulative Media Have Two Main Motives: To Provoke Repression And Try To Prove That Nothing Has Changed” 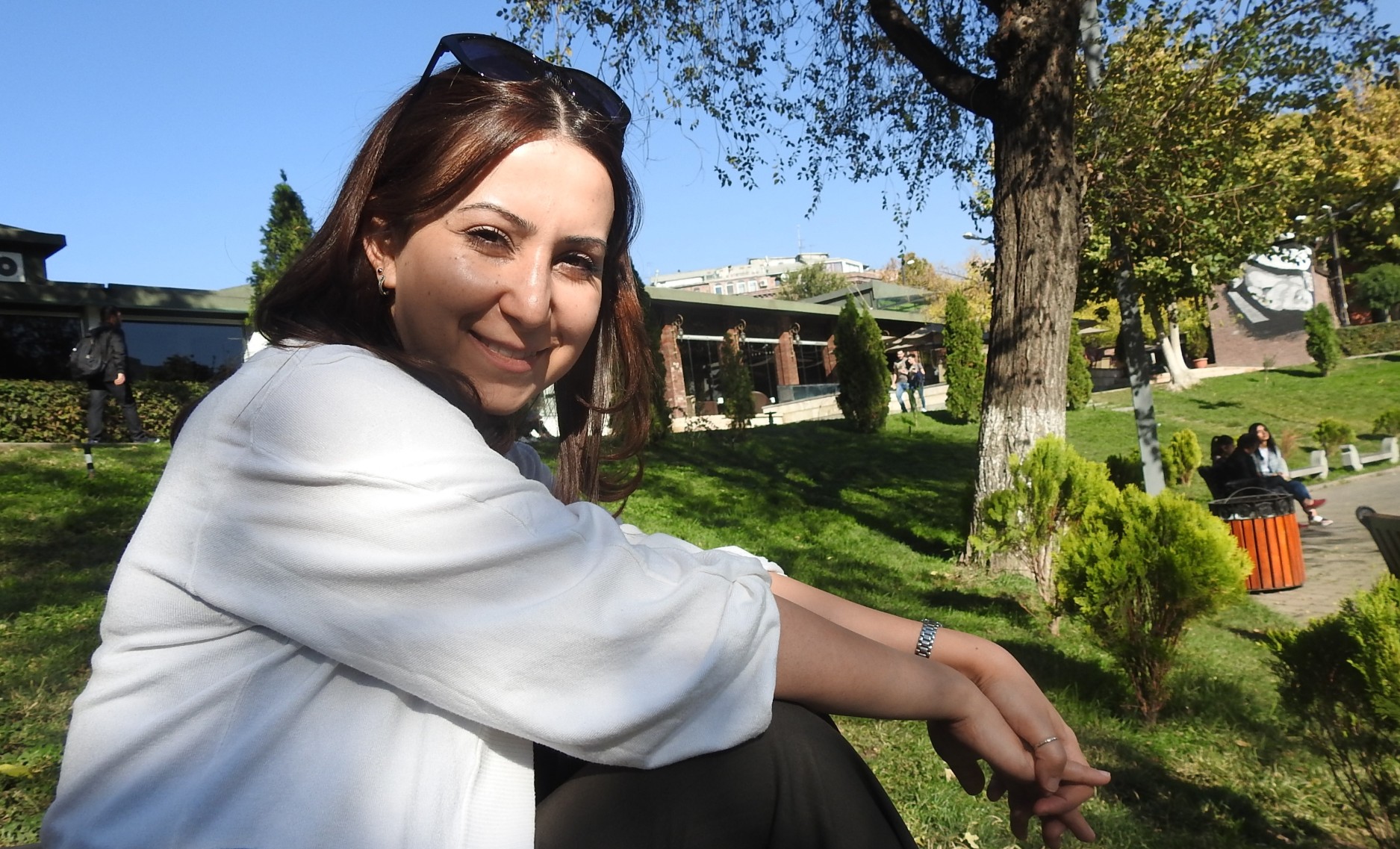 Public solidarity is the primary goal for “My Step” NA MP Maria Karapetyan. This idea is also the cornerstone of transitional justice.

“We have had ‘dark and cold years,’ ‘evil and jealous’ years (moreover written in Latin letters) and now we might remain in some people’s memories as the ‘black and white’ years if no transitional justice is applied. I think that the NA Truth or Memory Commission should help us to reconcile with the past. It also includes the component of forgiveness and responsibility,” she said.

Maria Karapetyan believes that the interest in the life broadcast of the National Assembly or government sessions indicates that parliament is a place for real debates.

Many politicians are dissatisfied from the fake and unfair media, and they regularly voice this in public speeches, which then receives a shocking response in the news media. Is this really a primary issue?

A democratic politician, of course, would like to refrain from interfering with media affairs. If the judicial power can be thoroughly reformed, then media intervention, if necessary, should be minimal.

According to my impression, the negativity which I see in the media field is an attempt to instill a repressive, authoritarian response.

And since this is the end goal of some media outlets (rather than criticizing or making an official accountable), then it is desirable not to succumb to that impulse.

Often, the politicians or officials are creating the opportunity, even with ambitious and not well-thought-out posts on social networks. Then, naturally, they are “attacked.”

The fierce nature of social networks can make any response to an idea into an overreaction. Of course, this is also understandable, because a society that has been liberated from semi-autocratic regimes has the fear that every idea expressed by a politician will become law and will be enforced the next day.

Therefore, people are trying to become the ones who attack first, not allowing the idea to develop, change, to form a calm discussion around it.

That is, people sometimes think that their opinion will not be taken into account, so they pack it with the most aggressive logic. These, of course, are the old fears of our society.

Meanwhile, the voice of the public arrives at a point, even in the form of the postponement of decisions.

Don’t you think that delaying decisions is viewed as incompetence and has the opposite effect? That was the case, for example, at the Opera theater.

As far as I know, the theater-related activities are ongoing and are difficult to analyze. Therefore, as soon as we begin to analyze, we become participants.

There is a need to adapt the reality to existing laws. First, we need to feel the reality, with its shortcomings and advantages, then discuss how to change it.

The previous system, despite the fact that it was developed and complex, was mostly fake.

For example, if we want to carry out an economic analysis, you will not find correct calculations and data from the past. That is, the reality is not accessible because one thing is described on paper – something else is the actuality.

Even if we have reservations, we must respect the existing laws as we accept the current Constitution, although we intend to change it.

Over the years, critical texts have also been produced. But we have not paid much attention to the differences between criticisms, as all of our efforts have been aimed at achieving a common goal of democratic principles. And many of us have not paid attention to or have deliberately set aside different dividing lines.

Today, if there are dividing lines in the discussions, then we can look at the problem from different perspectives and human experiences.

Finally, the previous system was trying to make us unite (at the same time “preserve” the oligarchic and oppressive systems) around the national-conservative agenda. “Love the country and be quiet.” And in that case, any raised questions were silenced as an unacceptable disagreement.

Emotional connections were considered the source of public solidarity.

But people do not need the help of a ruling force in order to love the country. And the proposition of this ruling force is not to love it (which is spontaneous), but to offer such content as rights and legitimacy, the ability to work and create for the sake of which it is possible to have an emotional connection.

Public solidarity cannot be solely the formula of “fate of destiny” and “love for one’s country,” if there is no freedom, justice and legality. Solidarity works like a public contract. And it is natural that there will be dividing lines.

In the past, leaked news was in demand, yellow, scandalous tones, the same is happening now. Where do you see the main manipulations?

Manipulative media have two main motives: to promote repression and to try to prove that nothing has changed. That is to say, that the new ruling force is also a regime.

And if the news outlets say that it does what it has always done, then the situation has not changed for them.

That means that in Armenia, there has always been a free press, or in Armenia, they are closing the media today, persuading and directing journalists.

I would have liked that there were no need to judge the media actors. Especially because many of us have doubts about the aspirations of some actors.

Information storms sometimes replace each other by chance. For example, one news item in the public-political field can quickly overshadow the other.

If the headline is shaped in this way, extra effort is needed to keep real problems and solutions visible, because they may be lost in another news storm.

But of course, we must speak about current changes irrespective of whether they are interesting to the media or not.

Do social media dialogues help to understand the public mood or do they get in the way?

As soon as you come out of the social network, you understand that hot discussions are sometimes illusions. Many people think we had a revolution, now we want to quietly engage in our affairs and not be involved in politics every second. They say, let’s move forward why are we blocking it?

Of course, I follow social networks because the internet is the way to communicate with certain players.

But when you interact with and see people in real life, you can define how long and how deep the content of your discussions will be. And social networks do not have an agreement on the format of participation (who will comment, how much and where the conversation will lead).

Without an agreement, the needless discussion, often without knowing one another, also comes with the danger of insulting one another.

I think there is a hunger for quality criticism now, especially regarding issues that you are not skilled at. In the diverse information flows, it is important to find what is truly valuable with honest motives.

I think that whoever is looking for quality criticisms, they either find it or they start it themselves.

And let’s not forget that generating optimistic energy is a great resource and working tool that has brought us serious changes.

Having lived in a pressuring system and under the burden of those memories, we sometimes feel embarrassed to be happy and smile. Perhaps a cheerful person frustrates those whose economic situation is unbearable, but it is important to work with care and optimism. After all, even the most serious issues are no longer covered with plaster.

It is optimism that will allow us to get out of the bog, like Munchausen, pulling our own hair.