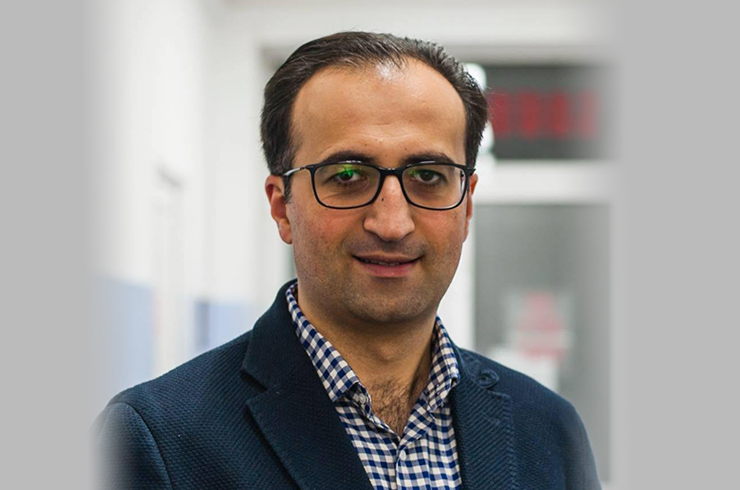 Minister of Health, Arsen Torosyan, prefers Facebook for making his and his office’s work public, since he doesn’t experience the same misrepresentation of words on that social network as he would when meeting with the media.

He believes that trust is important when working with the media. A few months ago, he became the target of a serious media attack, but he managed to win and now he can be considered one of the most desirable, transparent and open ministers.

As the healthcare sector is vulnerable, it has taken the issues up personally as well as the responsibility of providing a solution (at least, we essentially don’t see any deputy ministers or other employees appearing in the news flow).

Arsen Torosyan likes to ride in the city and talk to people, also considering it a step towards awareness.

And he admits that the demands are becoming personal and they demand everything from him and not from the agency.

Your relationship with media was initially bumpy. Which side took the first step towards reconciliation?

I have been active in the media field before becoming a minister, having given many interviews in the past, writing articles, broadcasting live on both the radio and on television.

But there were two sharp episodes. The first was at the time of my assignment, when some groups dug through my Facebook and found three statements, upon which they built a so-called hysteria, black PR.

I think it was a rash thing, because that particular group of people on Facebook didn’t have any political goals and believed mainly in myths and legends. That hysteria had a few weeks of life.

The second had a clear implication. St. Gregory the Illuminator Medical center began to respond clearly to my actions. For reasons that were unclear for me, these discussions had a long life, though they could not influence the ongoing and upcoming processes. The goal was to smear me so much to the point that I wouldn’t be reappointed, that I would hand in my resignation etc.. I didn’t do anything special, to make the noise go away.

We make the works we have been preparing for months public now. During this period, the focal point has matured, in order to show all the developed programs, as it was not possible to talk about their results and impact at the time of their preparation. Now those programs have become a subject of discussion for the media.

We have not made any special modifications to our communication methods.

It looks like you’ve taken the entire load of communication on your shoulders and are personally connecting the people with the ministry.

I am not against that formulation, but that practice is specific to our entire government. We have come to power like this, by communicating live. In that way we continue to be accountable to the public, but that does not mean that I have avoided or avoid contacting journalists.

Yes, I have taken such responsibility upon myself and I often say things myself, which in the past had been said on behalf of the ministry. The situation has both positive and negative aspects, since the demands are becoming personal and people are beginning to demand everything from you and not from the structure.

On the other hand, people see a communicative, accessible official who is not an amorphous body with two hundred ministry staff.

There is a need to keep the scales balanced. I personally cannot save the life of a patient, no matter how much I want to, but I have the responsibility to save lives in Armenia.

If personalized and transparent governance is the way of the new government, why are other ministers not as open?

To tell the truth, I cannot judge. Maybe we are paying more attention to the ties, and also because our sphere is more specific and more vulnerable. We are vulnerable as a structure, and the society is more vulnerable to health problems.

The Ministry of Health in developing countries in Armenia, which still do not have the perfect system we seek, will always be in the spotlight. The sphere serves everyone.

And unlike other areas, we have 3 million 300 thousand beneficiaries, including unborn babies (laughs).

Are you available for all?

People can call on my personal phone before surgery and ask for some intervention. When you deal with this or that issue, institutions are slower.

In this period, I consider it normal, and then it would be necessary to get out of that whirlwind. Of course, it is important to help someone, but if you spend time like this, you will not be able to develop and create a system that will save  not one person but one hundred people with similar problems.

There have been fewer press conferences, are you avoiding direct contact with journalists?

Facebook has a very good quality, it never changes your words, you say what you want and everyone is listening to what you have said. And they never take a phrase and put a title, which often doesn’t correspond to the content.

Often there are cases when they don’t write your direct words in quotation marks, they are immediately presented as interpreted words, which have nothing to do with what has been said.

In any case, we do not avoid journalistic questions, but sometimes we urge them to listen to the recording until the end and not to edit it, in order to prevent having to give explanations for things we’ve said nor not said.

There is an informational waste, that hampers more than helps to work effectively.

There are many fake materials regarding health, what will you do with them?

We have a deep-rooted problem with our nation’s population’s literacy, because there are people who believe in false materials without scientific justification.

We work with journalists to help them become more aware of the topic.

For example, we have a seminar on tobacco control, explaining why we do it and what our messages are. That work should be permanent, as journalists are changing and new journalists enter the field.

But in practice you cannot prevent that tomorrow there will be a website and it will write what it wants, without having an address or people to hold responsible.

Do you see how many websites are entering the field, in the post revolutionary period, which sometimes are so funny that they even those who are believers of foolish things don’t even believe them because they deal with perfect stupidity?

You cannot find someone and say for example, that this material is harmful to the health of children, because the advice which is being given to the mother for dealing with high temperatures is to give the child soda to drink. In a broad sense, education is the solution, while children from kindergarten need to know what science and evidence is. Who they should listen to, who not, that they should listen to doctors and not their neighbors.

The state must educate and raise, not parents, because the state has such a commitment to its citizens. And that should not be left to anyone’s discretion.

And if the parent doesn’t trust the state?

They can choose not to trust. That is the state’s problem. If they don’t trust then the state does not organize its functions well.

In any case, the state has such a commitment, since citizens have assembled and created a mechanism to take care of themselves. Caring as well as education, health, and social protection is a community.