There Are Media Outlets For Which It Is Inconvenient To Speak Against The Revolution. 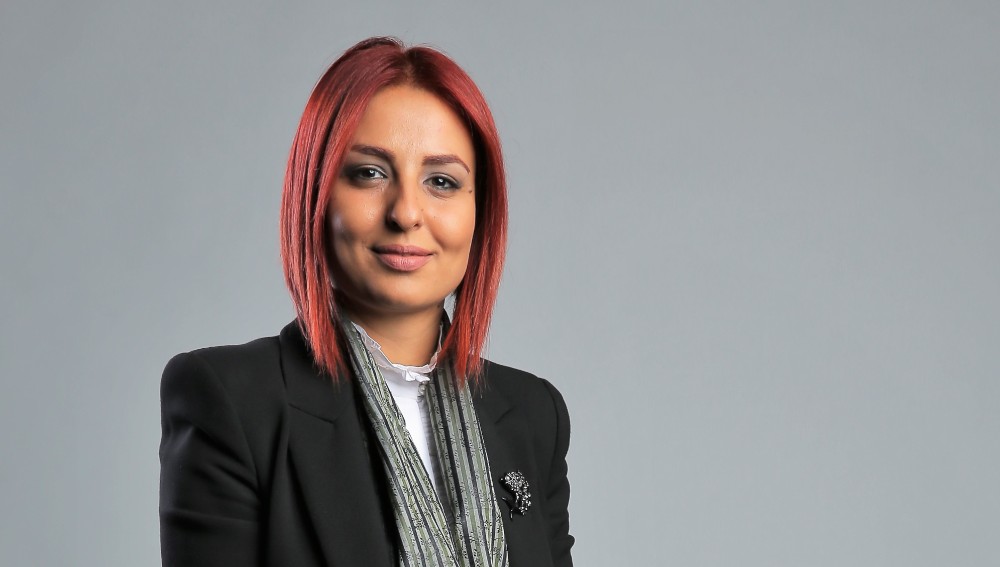 Ani Samsonyan, MP of the Bright Armenia faction of the National Assembly, is one of the politicians, thanks to which the new parliament acquires a new hue and new ambitions.

“In recent years, there have been strict rules in the game, it was a place only for men. And women have avoided playing with those rules. But it’s transient,” she said.

Ani thinks that a young woman should be more self-confident in politics and be ready to self-educate. “Often they call me a beautiful MP. And if some view it as a sign of sexism, I do not see the issue, it is unnecessary.”

One of the problems in the media field is the transparency of financial sources. And it seems that the fight against fakes sometimes resembles a witch hunt. According to her, much of the media will fall into place.

The Prime Minister said that the press today is more free than ever. As far as we can see, some media outlets and new politicians do not agree with that idea, mentioning the agenda of fake news outlets and the need to fight fakes.

I think yes, the press is free and there are no pressures against the press. Another issue is that media criticism, (sometimes even very sharp) is viewed in an anti-revolutionary atmosphere as being inappropriate.

The opposition has gained public confidence and patronage, and every word (even empty and foolish) that sounded from the mouths of the oppositionists, was accepted by the media and published. That is, there was solidarity.

Now, when the authorities are trying to make sense of the state mechanisms, on one hand the press, and on the other hand players in the political field, are trying to expose their shortcomings. This mood has created an atmosphere of a witch hunt.

Many times, I hear new politicians say with regret that if the news outlet cares for specific interests then it’s better not to give it any kind of interpretation.

Let us remember that before the revolution, the same mass media served absolutely different interests. And it has been so continuously.

I think it’s not right, politicians should not label the media. We should not be interested in whose interests media outlets serve.

There are media outlets, and we should take them into account. It’s a different thing to develop your own speech and messages sent to the media.

There are various bugs and minor issues that are being discussed for a long time. For example, the idea of changing bonuses or an anthem. Is that natural?

Of course, there are topics that are thrown into the field like a speedbump, to distract from other topics.

But the topic of bonuses is a real concern, it should not be based on arbitrary decisions, but on government optimizations, people’s salaries should be raised.

Let’s also not forget that high bonuses were also handed out as a result of breaching the law.

We often hear that media owners who are part of political forces say that they have no influence on their media, that it is free and independent. Recently, we have seen that your party member, Arman Babajanyan’s “First News” has broadcast a commercial video reportage of a meeting between party members and a priest, which was long, controversial and against journalistic standards. Do you consider it normal, based on the interests of the party?

Yes, there are media outlets that have dependence on this or that political force. We cannot avoid it, it is a global phenomenon.

But I think that the First News has never been part of the party news outlet, rather simply protected the party’s ideas.

But since our party does not interfere with the content of the media, we cannot say that they don’t cover us enough or to vote for us, or from which perspective they should cover their materials. This is the choice of the journalists.

Perhaps it would be more honest if First News becomes the official media outlet of Bright Armenia. Just like, for example, how Haykakan Zhamanak is the official outlet for the Civil Contract party. This will help the field to clean itself.

It’s important that the media, though having sympathy for this or that political force or political orientation, be able to maintain balance. I also remember that in many editorials of Arman Babajanyan, there were criticisms towards our party.

And the example that you mentioned was the coverage of the protests, which was done in defense of the church, so that the society would not fall into extremes.

Of course, this is a delicate topic, from which many speculations arise.

I think this reportage was just speculation. In general, some media outlets have now become one-sided because they believe that the revolution has taken place thanks to them.

Most media outlets have undergone serious changes after the revolution. I hope this is temporary.

There are media outlets who actively participated in the revolution and now it is uncomfortable for them to speak against the revolution.

I think this is a certain transitional stage, after which all of the media will no longer be able to play deaf, dumb and blind, and say that they have not seen anything, heard anything or cannot say anything.

After a while, they should speak to and communicate with the public. Now the public demands more from the media to criticize the new authorities. We often hear, let them work, don’t disturb them. That is, the revolutionary euphoria is still in the air.

They even accuse us for making criticisms.

I think that the media really feels uncomfortable now by trying not to hurt the audience.

That is to say, it’s a market demand?

In any case, it is temporary.

Do you agree that the financial resources of the media should be obliged to be open?

The law on mass media is strongly subject to change. And, as the parties are obliged to publish the financial means, so should the media be obliged.

People need to be able to see the financial resources to be able to choose whether they want to receive news from that media outlet or not.

For years, television has either defended the current government or has been a mass media outlet which was built around a political party. And it is natural that legislative imposition will intimidate them.

After all, we are turning into an information society from a post-industrial one. And in this situation, information flow has already become uncontrollable.

It is important for people to be able to protect their consciousness from information garbage.

Perhaps media literacy begins with getting acquainted with the media financing, on which the content of the news feed depends.

The audience analyzes the impartiality of the media and is able to avoid fake information if it knows where the news outlet gets it food.

I think we are in a difficult stage now, as we will require that the authorities take concrete steps in exchange for the vote of confidence given to them by the people. What do you consider the primary issue to be?

The Super-Prime-Minister system is now what we consider to be the most serious issue, as many institutions, in particular authoritative ones, depend on one person’s decisions, and during those years that these structures have violated human rights.

Demanding accountability from those structures is also a major issue in the context of structural changes in the government.

We still do not have that paper which will help us understand what kind of image and format our government will have. When we have a program, the discussions will become more relevant.

But it is noticeable that the actions of the state system are hampering. Problems are raised, reaching responsible people and left in the air. And the time needed to make a decision is limited.

We need to develop different institutions, otherwise we will not be able to withstand the challenges with failed institutions which depend on people.