The Key Is In The Journalist’s Hand 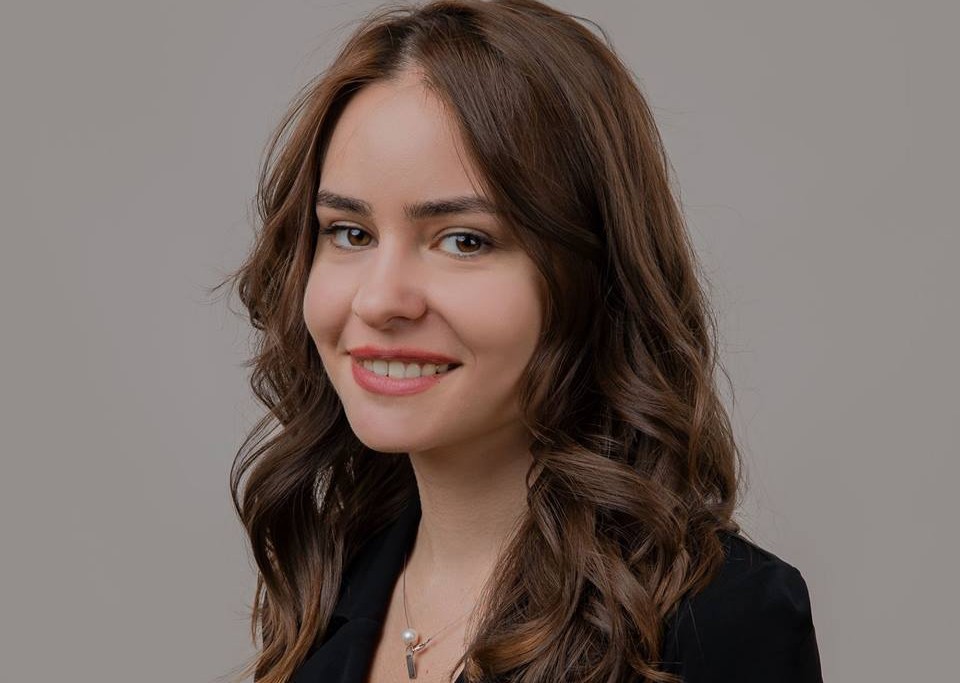 She is young, many are unclear and seem to believe that she would be easy to confuse and excite. In any case, when searching fo her name on the internet, you are often met with the videos of an excited person crying out, which is the most frequent depiction of any deputy in the media.

Sona has her own interpretations on the real-life and media-driven characters, confident that the unhelpful and contentless news does not give the public consumer anything.

The job that requires both internal strength and intense confrontation is part of the 25-year-old MPs everyday life (moreover, she is often confused with the youngest MP, while that is not the case).

Being one of the co-founders of the Reject Serzh initiative, Sona Ghazaryan knows that exercising the muscle of resistance is no less important than possessing knowledge and information.

Perhaps it is for this reason that she attaches great importance to the role of a journalist, who builds bridges and creates agendas.

Now the new authorities are under a magnifying glass, their steps, style of speech and thoughts are discussed by everyone. And there is anxiety (even fear) that the new faces of public importance respond to media attention inadequately. At times, self-defense may cause great dissatisfaction.

Naturally, people who are newly introduced to positions of power are not well aware of society.

The fear you speak of comes because many are not recognized. That is to say, we can appear to be both extremely good and extremely bad. But if we want to be, and not seem, and reach an outcome, we must build a stronger bridge between ourselves and the society.

To what extent does the My Step team pay attention to the media? Is there an internal policy on how to communicate with journalists or followers?

We have not developed a special media policy, deciding who and how to do it better. Of course, we are regularly discussing and informing one another about what kind of public discourse is taking place around this or that issue.

It seems to me that the best evidence of teamwork is that everyone takes on the responsibility. We are well aware that if one of us speaks well, it is beneficial to the whole team, and if they are badly presented, it causes the same amount of damage.

In fact, we are very free to say what we want. And the rest of the team are free to disagree with the others.

I think it’s important that the media is who opens the agenda of topics.

The topics of bonuses is a very good example of how the media-authorities connection works, and how the media activates the discussion of existing issues. After all, the fourth power is a very serious deterrent and controlling mechanism. It was and continues to be so.

Journalists often play a secondary role as the media agenda is shaped based on the (also political) interests of the owners. Do you consider the disclosure of the financiers of the media relevant?

Though we talk about it often, I think this issue can only be solved through cooperation and public discussion so that it cannot be seen as an attempt to pressure the freedom of speech.

It is a fact that our republic has undertaken a number of international responsibilities and it is in this particular context that the transparency of financial sources in the media is an essential condition.

When we were monitoring media outlets several years ago with members of the OSCE/ODIHR observation mission, we highlighted not only the quantitative criteria but also the hues. Without knowing the source of financing, it was only possible to say who owns the channel and what goals it pursues  through those hues.

Now we cannot even keep track of how new media outlets are being formed, or which ones are changing their owners, either on air or on the web.

But we all understand that no one has the right to influence and exert pressure on the content of the press. It is unacceptable.

It’s probably a matter of responsibility, not content. The same content can be presented from two opposing spectrums and manipulate the audience.

The news outlets write what they want, but we have to admit that there is perception, the news agenda is shaped under the influence of some conditional force, sometimes even mediated.

If there is a public demand for legislative amendments, it should be directed to public discussions with the participation of editors in chiefs, media owners and public figures.

We will respond to such a demand only through open and transparent discussions and no legislative amendment can limit the freedom of expression. And this is a principled approach.

In any case, now we have a parliament, which is very proactive. In other words, the draft laws do not come from the government unilaterally but are undergoing serious discussion.

The audience often sees that the new officials do not explain things well, they do not speak and sometimes they also do not even have a good understanding of the topic. And the decline of trust will be fatal for all of us.

Of course, there is anxiety. Also, yes, some are inexperienced in interviewing and often do not speak freely in front of cameras. But the only way to prevent this is to work. That is, talking less and working hard.

I think it is time to be proactive. Every step should be prompt and straightforward. An I am very happy that in social networks we are trying to decipher our steps and make it more popular, explaining what we have, what we are doing and what we will do with it.

But even though social networks are a good platform to learn about the various bills, at least in order to know the response of a portion of the audience, this is not enough.

The lives and the statuses usually have the appearance of a question, but this doesn’t always reveal a politician and can be one-sided,  since a live video doesn’t always have the effect of a natural interaction.

The lack of communication also does not let us know about the good initiatives that we undertake. And people should not only learn about the good things as a response to accusations.

And why isn’t it being done?

This is a matter of working style that needs to be corrected. It seems to me that this was also the case with the previous authorities, when it was not talked about, and suddenly a law that had originated from that issue was passed.

Of course, the role of a journalist in all situations is the same, but now it seems like the function of introducing the public to unknown and new politicians has been added.

Clearly, in the hands of a journalist, the keyboard is also a magnifying glass, with which they decide how deep and from which perspective to uncover a politician.

We all want to maintain our ties with the public, and the only real opportunity to do is through the questions asked by journalists.

We have come to power, because we are not cut off from reality. If we get cut off, we can expect that which took place with the Republicans.

Let’s be frank, the communication between the public and politicians are run by the media. The key is in their hands. Anyway, that’s what I see. The journalist is approaching and asking questions, they are drawing the lines of topics.

Do you mean the practice of giving a quick and timely question and receiving a scandalous answer in return in the corridors of parliament?

It seems to me that even when the reality has changed in the republic, nothing has changed when it comes to the journalists’ questions.

I really would like the media field to dictate the agenda of topics and that they change the quality themselves. After all, the quality of their articles depends on the questions.

When, for example, a journalist asks if I am a deputy because I cried, they ought to expect that a simple question will get the simplest answer.

Such attention should probably be expected and prepared for.

It is understandable that we can get criticism, but it should be towards a real person and not an imagined caricature.

Often I see that the journalist invents a thesis, develops it and approaches the politician, desiring an answer to questions that oppose the image created by the journalist.

But it cannot be considered a true acquaintance. For example, they wrote that I have bought my diploma with money. I didn’t respond to that nonsense, because I think that if negative currents remain one-sided, at some point they will disappear on their own.