“In Moldova, The Church, The Army, Some Institutes, And Only Then The Media Are Trusted” 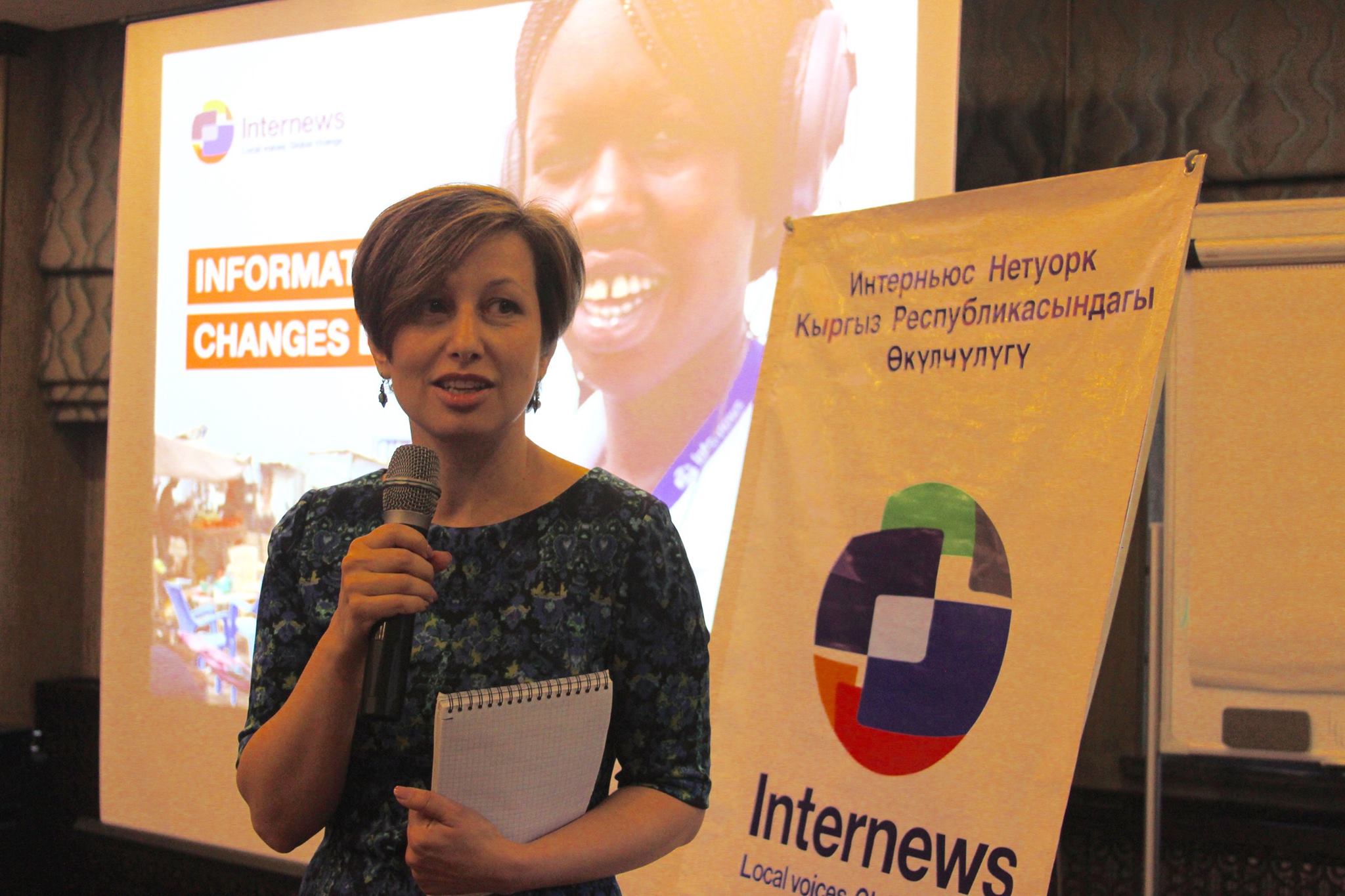 Director of Moldova’s Internews, Corina Cepoi, has been working in the media, in the field of communication, for several years, and has led a number of projects.

In her opinion, the problems of the media field are the same for journalists all over the world.

In Moldova, journalists often leave the country to find higher salaries, professional growth and employment in better conditions. On the other hand, according to Cepoi, the media in the country today is a platform with weight, that people trust and with which people aspire to find solutions. She is convinced that regardless of the place of work, the journalist should stand out as an example of creating approaches for getting feedback from their audience. Today, the audience follows and trusts the media platform in which it is involved in, present and plays a role in.

Should journalists continuously be in contact with the audience?

Of course, the media should respond to people’s needs. We have good examples in Moldova, especially in the blogging platform. There’s a blogger who analyzes the events in the county who is a bit aggressive, uses harsh language and even swears, but is well-known among the people and has an increasing army of followers.

This blogger adapts the topics on his agena, the presentation and packaging according to the audience’s requirements.

And this is a successful example of direct communication. Previously, journalists went and knocked on the doors of people to gauge the reaction of their readers on topics of this or that issue i.e. corruption, justice and unlawfulness.

What can traditional media do in terms of social media activity?

We encourage our media to understand social media strategy. Today, there is a competition between content spreading platforms, so you have to have a higher degree of expertise in positioning there.

Social media is a separate direction, it needs to be developed and implemented.

Sometimes, traditional TV companies do not understand what happens on online platforms, and lose their positions in this battle.

Here it is important to have a policy of responding to comments on social media or leaving feedback, especially in the case of disputable, problematice and aggressive comments.

For example, you should understand if you are responding as a person, a journalist or an organization and what format the discussion with the audience should take place in.

This is an important issue on different dimensions, in terms of the effectiveness of  time management to the positioning.

Is there trust towards the local media in Moldova?

People trust the church, the army, some institutes only then the media. In general, they trust some media outlets.

And that’s the best indicator for understanding the efficiency of our work. And we use this confidence and tell people not to trust the information coming from different sources, to verify it and doubt.

We teach members of society, especially young people, to clarify information and think critically, because there are a lot of cases of manipulation in Moldova, as well as dissemination of false information etc..

Today, more than ever, you should not believe in statistics, facts and incompetent people. Media literacy is a must-have part of our work.

Are you struggling against Russian propaganda?

That truly is a struggle, especially because our government is following a contradictory policy.

For example, they have banned news broadcasts and political programs from Russia but they do not enforce that ban. Users were confused about why they were deprived and were no longer able to have access to this or that content.

In our opinion, as an international organization, a total ban is not right, there must be a judicial process (as in the Baltic States).

At the same time we have media outlets that are working around the restrictions, taking some segments of Russian news outlets and using them in their materials. Nobody is punished for that.

We have recognized a number of media platforms as fraudulent and singled them out in order to help society make their judgements. But at the state level, this is issue is being approached indifferently, because there are many Russian programs and people working here for propaganda purposes.

Fake and biased information is being circulated. Now we are busy fighting against these information flows.

Can the financial problems in the media be overcome?

I think the financial problems in the media are a bit inflated.

Let’s look at examples of solutions independent media have provided over time. They chose the path of diversifying their sources.

There is no shortage of funds and funding sources for the media today. A considerable part of them are regarded as independent, funding and influence does not have an impact on media activity.

For example, th advertising market in Moldova is not yet successful and it is difficult to constantly attract advertisers. Alternative funding is a must.

For example, we have an interesting platform, ziarulde de garda, which gets about 30% of its income from online print subscriptions.

Another good option is crowdfunding, we have successful programs in the Czech Republic, and again in an interesting journalistic format. In other words, at this point we can clearly say which media platforms can attract alternative funding.

For example, DoR magazine in Romania, which is a successful platform for storytelling, organizes interesting events, conferences and forums that participants pay for.

That is to say, the magazine managed to earn extra money and cover its expenses thanks to correct management. To earn money, the news outlet must think outside of the scope of standard topics and ways of thinking.

Is it possible to come out of the standard with new tools?

The audience is very sensitive, if it is bored with any media, it replaces it with another one that’s more convenient. Today, all traditional media have an issue with convenience. Young people are cut off from traditional media and go to mobile platforms.

We always ask ur partners where they are now, where their users are, whether they are looking for them on mobile platforms and so on.

You need to pack up quickly digestible substances and make them more interesting and emotional.

Recently, during a meeting with journalists, we found a surprising thing: video clips that have been made while walking and chatting have been getting more responses and are more viewed than videos that are professionally correct and well-made.

So in fact, it is important for the audience to see videos made by ordinary people, where there is movement and the field of vision and background is changing.

Of course, the information received in this way is not verified, but in its appearance it is attractive to consumers.