There Is A Need For Analytical Text In Armenia, Everyone Repeats That Which Has Already Been Said 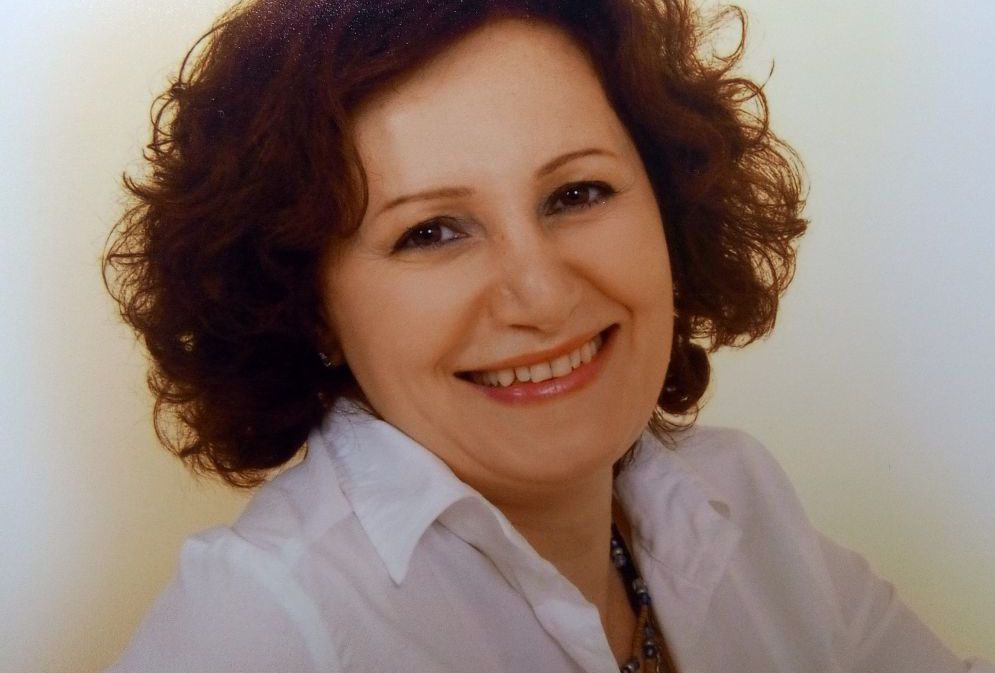 Irina Ghulinyan-Gerz is a freelance journalist and analyst in Berlin. She is the author and co-author of several books on Eastern Partnership, European Union, Turkey and Armenia relations and Russia’s role.

She follows the German and Armenian press on a daily basis and knows that important political changes today are successful only if there is media support.

Irina says that following from afar, she can see the flaws of the Armenian media more clearly. “There are many urgent issues lying on the surface and not being opened up, and solutions to these issues are not made clear for the audience and the public.”

She thinks that the media is dominated by political discourse, which is colourful, emotionally blended, and opens up a wide range of interpretations, while professional, expert opinion is minimal.

The media publicised the Velvet Revolution in international media, but later analyses diminished. Why?

Perhaps rapid and unpredictable political developments don’t allow the media to focus on the analysis at the moment, but there is a great need.

I think now there is an urgent need for analytical texts, everyone repeats what has already been said, they are in a cycle.

Do you agree that Armenia’s European integration is covered with the same approach?

After 2013, the topic of European integration has been consistently presented in the media in contrast to the Eurasian Economic Union (EEU) membership.

This contradiction constrains content analysis of cooperation in both formats. It is clear that that they had long been preparing for the EU Association Agreement in Armenia, and the sudden change of course towards the EEU evoked negative response among the public and media.

By the way, the content of the choice is not so important as the unexpected U-turn made without any discussion in the National Assembly and with the public.

At first it was understandable, as the inertia of the surprise U-turn was still present. But then it was necessary to get rid of it and focus on the content.

In general, topics in the Armenian society are discussed under the logic of “or this, or that,” which does not allow for the topic to be expanded.

It has become a culture, which is also reflected in the press. It would be desirable that the media gets rid of it.

How can public demand be met?

European integration or Eurasian Economic Union are not a priority for ordinary citizens of Armenia. First of all because the choice has already been made, and the boundaries of cooperation are defined.

At some point, it became clear to the public that, regardless of the cooperation format, the progress of Armenia depends on the will of the Armenian authorities and not on the membership to any European or other organization.

The media can generate public demand if they link big changes to the daily life of people. Help people see the connection of advantages or disadvantages of joining this or that union with their everyday problems.

Media show what new opportunities of changes are offered in certain spheres of life. Otherwise, they will not be interesting to people.

Usually, we cannot impose an artificial agenda on the reader, because ordinary citizens have their own agendas comprising a long list of issues.

In general, in a transition messy period, it is difficult to develop a diverse media agenda as long as everyone is waiting for the snap parliamentary elections.

After the elections, the issues will be on a much broader, meta-level agenda, to see in what direction Armenia is heading, whether she is guided by tried or new methods and what kind of cooperative solutions there are to certain problems, etc.

These issues should, of course, be discussed, and also be covered in combination with ordinary citizens’ so-called micro-level agendas.

During the Velvet Revolution, many media outlets were prone to cover by supporting the new force.

And a professional issue emerged: journalists were confused with their duties and desires as persons reporting news and individuals.

It was often difficult to distinguish whether it was a citizen reporting from the scene, who just happened to have a microphone in his/her hand, or a journalist. Of course, it is understandable that both journalists and citizens are dissatisfied with the situation continuing for decades, and it was impossible not to hear delight in their voices.

It was a whirlwind of events, which many journalists were not ready for, and in the euphoria they obviously struggled to see the boundaries between the professional and the personal.

So there is need to change?

Over the years, journalists were covering mostly so-called static, predictable content and ongoing events and developments.

The reason was not that they were lazy, but the dull, bogged life, where everything used to happen within a framework decided in advance.

The revolution was a new situation, with fast and unpredictable dynamics.

Today, there is no need to wait for bigger and faster changes from the media, it will still take time. The chances of change will increase, when stability is established in the country, and clear rules of the game are set and remain in effect.

For example, the media should get rid of the trend (which can already be noticed) of continuing by inertia the old practice of self-censorship and be ready to make their real financial resources and flows transparent.

Otherwise, it is hard to believe in the media that criticize an institution, a political force, the hidden financial flows of government officials, unless they are transparent themselves.

And what can be done about the stormy emotions on social media?

The media field is competing with social platforms. Social media has become an irreplaceable and leading environment for the discharge of emotions.

The media, in this regard are losing, since they are useless for that, they are mostly interested in listening to and disseminating opinions rather than emotions.

Another advantage is that the media do not use foul language, and fortunately there are many who appreciate that.

Social platforms produce large amounts of information at great speed. Doubts about the credibility of the big part of this information is a winning card for the media.

Discussing and analysing the content provides the audience with the opportunity to make conclusions. The episodic information presented on social media platforms, the infinite admiration or offences towards it do not give chance to discuss content.

Foul language on social networks should be restricted by legislative regulations. That is an issue in all countries, and there are different ways to resolve it.

But let’s not forget that swearing was widely used in Armenian society before the discovery of social networks. And it still continues to be so.

This is a manifestation of civilizational deficit in the ability to relate with one another, which is often viewed as part of mentality and thus, it is justified, however sad it is.

P.S. The interview with Irina Ghulinyan-Gerz was held within the framework of the “Armenian-German Forum for Journalists Exchange” program.