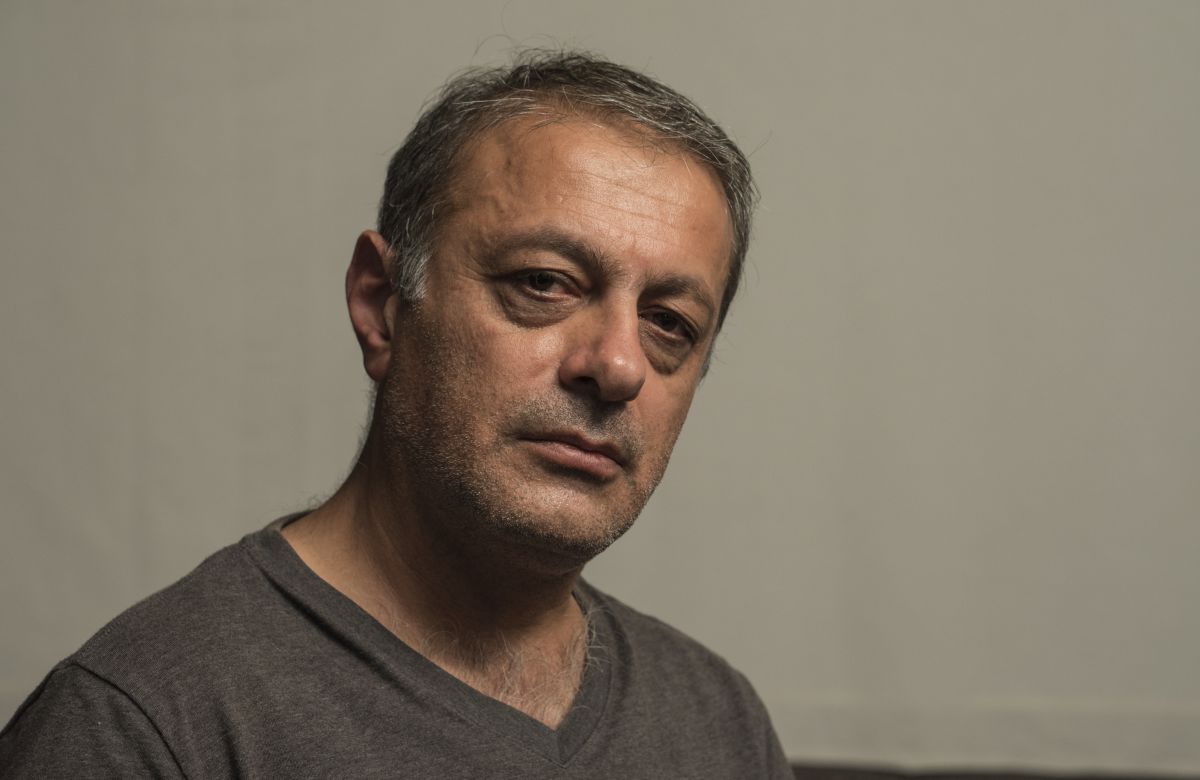 The media field is tossing about during rapid political changes. More precisely, it is trying to adapt to the changes, without having to change, which results in the reveal of gaps and cracks.

Something like this is noticed in Armenia after the revolution, when previously formed sources (informational, financial, political) are now struggling to provide the necessary materials.

Lernik Dallakyan, who in different years has worked at Pubic Television and at the Office of the President of the Republic of Armenia in the “Public Relations and Information Center”  (as an information expert), and now translates, calls this situation as being upside down.

The Media field is quite confused and it seems lost. Why?

That situation was maturing over a period of many years.

In the past, money would dictate websites as to what to write, how to write and when to write. Now, as far as we can understand, the pipeline of money is slowly coming to the surface and new sources are nowhere to be seen.

I think that no one knows what is going to happen to media finances. If we had a large market, we could have thought that the market could solve that problem.

Is it not possible to survive on advertising?

Even if there are about 30-40 advertises on the website, it will not work independently, because the advertisement is cheap. There is a calculation that it costs $10-15,000 a month in order to keep up the work of a qualified news site.

And the editor in chief of the website could open a second and third website with the resources they already have. That is to say, to have a few websites at the expense of one staff and play with so-called transfers, dispersing information between several sites. And it wasn’t at all necessary to pay journalists more.

That situation led to the fact that good journalists were bored.

When the system of fakes was formed (I call it fake, because everything we had was fake), those journalists, who were used to working in more or less free conditions were psychologically oppressed.

Many went to work for government agencies, news agencies, and as a result editorial offices were emptied.

And all at once, the youth flowed into media field, who were not only illiterate, but were also not the bearers of information. In other words, they did not have the memory and were simply unaware as to what this or that figure had said and how they are now contradicting themselves.

There also wasn’t a base, where information about important events and speeches were kept. I even offered to create a personal information profile for each political or public figure, where all the figure’s views would be reflected. It could have filled the gap of informed journalists.

Now we have memory loss. Journalists are frustrated and simultaneously easy to wrap around your fingers and lie to.

It is clear that at all times the media are serving certain interests, but they can also make discoveries. And when news becomes an integral part of the corrupt system, all roads are closed. Which is what happened to us.

And the only solution is revolution.

After the revolution, we don’t see signs of illuminating the flow of finances to media outlets.

I think we all know which media outlet belongs to whom, even only by seeing who’s interests they express.

Of course, everything should be transparent, financial flows as well. And media outlets shouldn’t be ashamed of expressing the interests of this or that force.

But many things are absurd with us. For example the fact that propagandists were not buying or placing orders to media (which would be considered normal), but were using fake media outlets. It was a new method.

In a large sense, this meant that the entire public system is degenerating.  Which is what took place. The culmination was the last parliamentary elections, when the people voted for money, because they did not see any escape.

All the same, everyone is dirty, there was nothing to choose, it was better to take money… That situation suddenly disappeared in Spring 2018. Did everything fall into place so quickly?

Of course. The people created a state, whose role and significance diminished before its eyes, that the power no longer was the people. The people were extremely humiliated, and the power got its legitimacy from abroad.

“The State” means dignity. If it doesn’t exist, then it isn’t a state, rather an administrative machine. By the way, this started with Robert Kocharyan, who in one of his interviews said, that Armenia should be an “organized state,” meaning an organized administrative apparatus.

In fact, he reached his dream, because many things worked like a watch (pensions and salaries were not late, etc.) but the content of the state was destroyed.

I remember during an interview with Nikolai Svanidze, Kocharyan spoke about the disgraceful program “property for debt,” saying that it would develop Armenian-Russian relations.

At the end Svanidze asked, if he thought in Russian or in Armenian. With that question he was trying to understand who’s interests was Kocharyan thinking about, Russia’s or Armenia’s.

That is to say, the man had given the state’s main resources to another state, and then was bragging about it.

This meant the humiliation of dignity. It was clear that as long as there was opposition, the people still had hope. And when the opposition also disappeared, the people stood up.

Do you see the danger of the return of old forces?

It is certain that the old has been cleared out, because the previous authorities have been defeated, not by Nikol Pashinyan, but rather by time. And you can never turn back time.

There is also a need for a new opposition. The old will never be able to be a good opposition (even if the Republicans say the right things, they will not be perceived), the new one should be formed from within “My Step.” There will be a split in the beginning, then the fractions and the opposition will be born. And that’s normal.

The revolutionary romanticism will pass during the parliamentary elections, after which a completely new government will be formed. That is, these youths, who came to power with the wave of the revolution, will change. Now, power is a toy for them…

Nikol Pashinyan is an ambitious person. Others wanted to come to power to have money, and he wanted to remain in history (this was the case with Levon Ter-Petrosyan too).

And how can the media field, especially television, be reformed?

Once the money has been liberalized, it will know where it wants to flow and will go towards that media which has an audience. But it doesn’t mean that that process will be transparent and that the society will know whose money is being given and what interests it pursues.

Now TV channels only eat money and do not bring it. In the past, the cost of a channel was covered by being used as a political tool. But now those who have money will no longer have a part in politics, and so will no longer need tv channels.

The issue of private channels will be organized somehow. I am more worried about Public television, which should be closed. As well as Armenpress state news agency.

Public cannot simply be good, that is out of the question. The problem is the structure.

Let the National Assembly become the public assembly, which will announce what it wants to see on Public Television and announce a competition. And let the contest be won by the team which can perform the assigned program.

After all, we have a large number of private channels. What does our state want to report, which cannot be done without public television? Keeping that building and staff requires huge sums of money and great corruption risks.

By closing it and spending a third of the amount, the state can declare competitions for various important and educational purposes.

Be assured that private TV companies will do public orders a thousand times better and at a less cost than Public TV.

I understand that the existence of BBC is something like a tradition, just as the Queen of Great Britain and ИтарТасс as an imperial attribute for Russia. But these states have money and finance them. And why do we need Armenpress?

With the same logic, we should also close the Public Relations and Information Center of the Armenian President (now PM), where you yourself have worked a few years ago. That center had a large and mainly shady effect on the media field, but information on its activities were not public.

I think that it is not yet clear what to do with that institution. I know that there were many people working there, there was a large budget that was put into practice to make the media field manageable.

The new government has stated that it will not do the same, but instead will monitor media outlets, in order to formulate an agenda of issues. But I think that 20 people are more than enough to do that job.

There was a time, when media outlets complained that the authorities were pressuring them (judicial cases, A1, etc.), expecting public support, then a phenomenal thing happened, the editors gathered and issued a statement that the society was pressuring them.

And they turned to the new authorities for protection.

That was disgraceful, but also logical, because now our news outlets are in a miserable state, and they do not know what to do.

What can they do?

Probably, the editors-in-chief should leave. But if you tell them, you have been exhausted, leave, in order for the media to be able to breathe or perform in a new way, you’d say no.