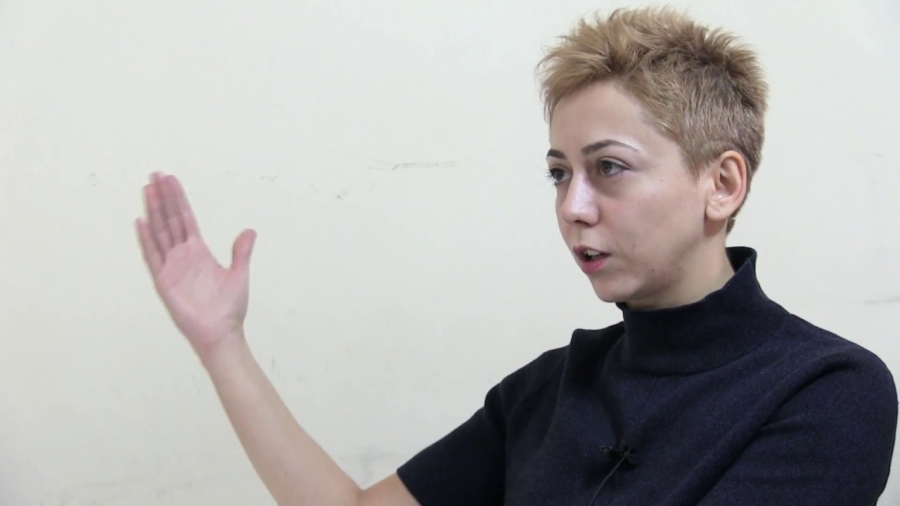 Sociologist Anna Zhamakochyan (Socioscope NGO researcher) considers our attempts to smooth out a not-homogenous society and fit it in a single ideological mold useless.

Society has little opportunity to gather knowledge about itself, since being bombarded with big and abstract speech structures, we don’t get to know ourselves, but rather we are led more astray.

In recent years, there has been an attempt in Armenia to create a state ideology. How can it be described?

There has always been state ideology; it is itself assumed. Independent Armenia initially introduced itself as a market economy that builds civic nationalism, then the ethnic element and growing conservatism was emphasized more. We experience that trend till today.

In any case, the dominant ideology in Armenia is nationalism — with various formulations. It exists in all nation-states, but in Armenia it is so-called combat nationalism, which in no way assumes that coexistence with other ideologies is possible.

The existence of another worldview is ruled out.

Nationalism will be around as long as there are states, but here [in Armenia] it’s so dominant and such a monopoly that we often don’t even notice it.

Those with power are invested in it and strive to deepen the conservative wing.

Does the new concept “nation-army” evoke resistance in society?

There is resistance, though even until the formulation of the “nation-army” connection, broad segments of society were internally ready to stand by the army and had quite a militarized consciousness.

But since “nation-army” is not just the militarization of the nation but has a market speculative component (roughly speaking, the ruling authorities are selling the army idea to the people), it evokes resistance in society.

I think many are against not the nationalist but the market route.

And probably the greatest achievement in recent years is that many more people started asking questions. For years, those asking questions were not many in number, now they’re growing. And some people are expecting more profound and conscious answers.

I get the feeling that state institutions with their ideological structures simply aren’t able to keep up with the progressive groups in society. Though they’re also not trying to…

How is this concept “sold”?

All the delicate strings of “Armenian” national sentiment and patriarchal culture are exploited.

For example, the “traditional wishes” or more precisely, the cultural requirements of absolutely having a boy and raising “a man,” as well as mandatory motherhood for women, are applied.

As a result, ideology states that every boy is a soldier, and every woman, a mother who gives birth to a soldier.

Let’s remember the students’ meeting with members of government and the Ministry of Defense’s reproach to the student as to, what, the student wasn’t planning on serving in the army? The students gave a reply that, though not fully formulated, resisted this remark.

It seems that on one hand, they agree that yes, serving in the army is everyone’s obligation, but on the other hand, they understand that something’s not right here.

The “nation-army” could’ve worked at some stage, when class differences and the privileges of some groups weren’t so obvious.

And here, opportunities arise for questions to emerge: for example, why must all boys be obliged to serve? Or, if not all have to serve, then who will choose those who are privileged and how will they choose? And why according to this and not some other criteria?

We’re now in a situation where the army (as well as the state) as an institution has to either be updated (let’s abandon the idea of “eternal war” and mandatory service, which at this moment seems unsolvable) or continue to remain under this strain.

It’s like we’re on the brink of collapse, and no matter what move state institutions make, all the same, the rocks are going to fall. The question is on whose head — on civil society groups or on the so-called ruling elite?

The April War revealed an interesting demographic situation. The soldiers who were killed mainly came from poor families, whom the state proclaimed to be “heroes.” It turns out that the hero (that is, the exemplary, the elite) is now another type.

Crises are a good opportunity to see society’s problems exacerbated and for self-review. For example, to ask why and for whom is the idea of a “hero” needed.

If we judge based on what we had, it turns out that the “hero” idea is needed to convince the poor that life can be made meaningful through death. If they won’t have a dignified life, then [at least] they will have a dignified death.

I think it’s this feeling of unfair reality and real injustice that drives people to resist the “nation-army” idea today.

The idea of a nation has an attribute that creates an illusion of equality, that we’re all equal because we’re “Armenian” or “hayastantsi” (Armenian from Armenia). Whereas during a crisis, it becomes clear that we’re not equal — even when faced with a threat to all of us.

The definition of a nation or a people is provided by the ruling elite and the excluded are identified also by the elite.

And so, on March 1, 2008, the president of the National Assembly declared that those who have gone out to the public square and armed themselves with wooden rods are not the people. The concept ensuring unity at the time was still “the people,” and not “the nation,” but the logic was the same, since excluded from unity were those civil society groups not included in the elite or not subordinate to it.

Resistance groups, in turn, speak in the same ideological language, trying to redefine “the nation.” The Sasna Tsrer group, using the same logic, claimed with its declarations and actions that it itself is in fact “the nation.”

As a result, resistance sits squarely in a nationalist frame, where people speak on “the nation’s” behalf and have their definition of “the nation.”

And “the nation’s” paradox and contradictions easily become noticeable.

And what is the media’s role? Or more accurately, what can it be?

I believe the mainstream media, like the ruling elite (in whose hands it finds itself), is completely unable to keep up with society’s progressive classes and again, neither does it try to.

To reflect on ourselves and the world, we need new knowledge. But mainstream media doesn’t produce new knowledge (with the exception of small platforms that have a targeted audience).

Not only news broadcasts, but also entertainment programs are uninteresting; they don’t provide additional knowledge to the public.

They provide information, but it doesn’t become knowledge, since one piece of information usually doesn’t have anything to do with the other. There is no context; the picture of the world remains outdated or partial.

For example, you can hear what happened in some province in Armenia, in China, in the US (not to mention that the sources can be very dubious), but no connections between different incidents or processes are offered.

For people sitting in Armenia and browsing Armenian-language channels or websites, it’s hard to understand what is happening in the world and why.

By and large, the image of the world has narrowed, and the debates and the search for solutions seethe in these narrow ideas. Whereas it’s possible that by broadening a little, opening up, and talking to the world, we can see our problems more clearly and find more accessible solutions.

Can society be tempered, helping to distinguish manipulative ideas?

Society must know itself. And this social scientific knowledge become ordinary and everyday, appearing in the field of culture: in art, cinema, the media…

Not only the academy (universities), but also culture and the media are knowledge producers, which is not possible in controlled and unfree conditions.

As a result, the dominant and accessible knowledge is not suited even for those controllers.

For example, developing in social science today is PR, so that politicians can promote [themselves].

The ruling elite produces “the national’s,” “security’s,” or church-state coalescing ideologies, but they are not suited even to establish themselves this way. Let alone for the public.

Till now the elite is unable to explain the point of “Armenians living in Armenia.” Why should Armenians live in Armenia? Because they are Armenian? Clearly, Armenians, as a rule, remain Armenians also outside the country. You won’t explain the meaning of the existence of the state of Armenia only with the national component. Nor by being surrounded by “enemies.”

If political issues have not been resolved for years but are concealed, no amount of Mount Ararat will help.

Perhaps it’s good for society that the ideology is poorly sewn and the seams will come undone quickly.

Of course, even regressions ensure movement. But you can’t be happy about this, since now it seems more important to me to have several sustainable environments that will be able to produce for our society knowledge that is fit to understand our own problems.

More useful can be those who remain the shadows, who with small steps can produce significant results, but all the same, these groups have to have opportunities to work sustainably.

Those who have pure economic means, who don’t have anything to do with the ruling elite, currently pin their hopes on the political parties. When they understand that the hope is not the political parties but new modes of thinking and groups who produce knowledge, the situation will change.