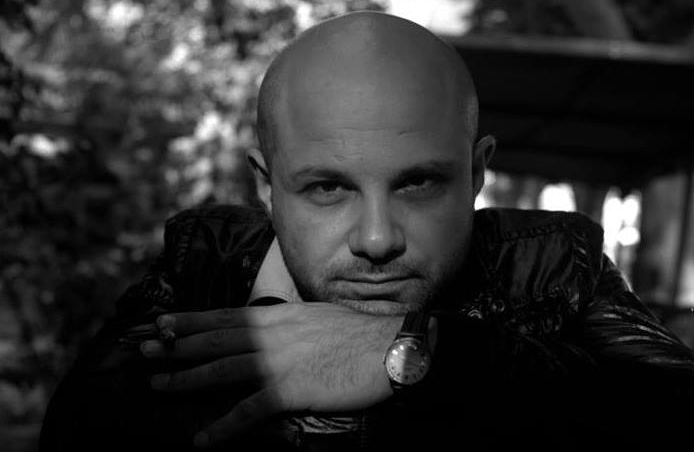 For researcher and curator Vigen Galstyan, photography is a media tool that doesn’t illustrate reality, but creates meanings. He is convinced that the photograph is an art form that helps us understand reality — or rather, the holes and empty spaces hidden in reality. And the fact that there isn’t a single photographer among the members of the Artists’ Union of Armenia, or that photo or video works cannot be found in the National Gallery’s main collection suggests that the history of creating meanings was interrupted at some point.

Galstyan, who studied in the Department of Film History and Production at the University of Technology Sydney, founded the Armenian photography foundation Lusadaran, which deals with preserving and presenting Armenian photo archives. In the summer, he plans to open a retrospective exhibition of the photographer Gagik Harutyunyan, the result of work over a long period of time.

Galstyan is convinced that we should regularly talk about, write about, and discuss visual messages and manipulative tricks, departing from the idea that under no circumstance can any photograph be trusted since it’s not a fact, but an interpretation of a fact.

And now we, living under a visual bomb, interpret ourselves with images.

It seems, living in an environment saturated with images, we become a new type of person. Every day, we not only consume, but also produce and share numerous images. It seems we’ve changed even from an anthropological point of view.

Of course people change; they become images themselves. When you are completely immersed in something, you are in the environment of sweat, and suddenly it begins to seem that you’ve become a single drop of that sweat. It sounds somewhat gross, but I can’t describe it any better.

There are many studies and theories about this — beginning from French historian, philosopher, and artist Guy Debord, who said we’re in the era of the spectacle, where man cannot be perceived as anything other than an image.

And we really are experiencing this now. We can see a person on the street and realize we know him because we’ve seen his image on our social networking sites. We say we know each other from Facebook, but, in fact, we only know about the existence of that person’s image.

People are forced to play the role of their Facebook accounts and correspond to their images.

In fact, that’s quite dangerous. I don’t want to be a pessimist; it’s just that people change from not only an anthropological, but also a biological perspective. The image has become the primary language of communication, and there’s no longer a need to describe or create a narrative, it’s enough to show your accounts on Instagram and a thousand and one other platforms.

Communication emerges from the image, since our brain is simply unable to absorb a large amount of information and is forced to compress and situate information in an image. Just as how McDonald’s treats food. That is, the image is offered as wrapping, which can never be complete. We know about this through art history, but it’s true particularly in the case of photographs.

Painting, unlike photography, is a phenomenon that collects, synthesizes, and completes (good or bad, that’s not important), whereas photography does the opposite: it fragments reality. Even in those instances when it seems that the photograph creates a complete picture of reality, it, nevertheless, only splinters it all.

But when we want to be convinced, we say, don’t tell me, show me. The photograph, it seems plays the part of fact.

Looking at a photo, we believe we’re dealing with the truth. And we don’t have time to think about why and how it was taken, disseminated, what’s hidden behind it.

For example, in the case of Electric Yerevan, shown were images that instantaneously became widespread and imparted with iconic significance. It seemed that they summarized some truth, but you later understood that there’s also the manipulation factor, which arises not when taking the photo but when it is delivered.

Photography, in general, is a great tool. And has been for 150 years now.

It was a tool back in the 19th century, when Britain sent a photographer to Crimea to document the 1853–1856 war. Roger Fenton was an official photographer, who came with a wagon full of photographic and lab equipment, to photograph the military operations from the battlefront. But the fact is he was forced to stage the battlefront; otherwise, he couldn’t take photos. Though various newspapers presented his work as the first factual reportage taken on the ground, it wasn’t factual.

The question is to what extent is the information about the intervention transparent and perceptible for the viewer. If the photograph was taken in the pursuit of some goal but is perceived as an impartial documentation or fact, a problem arises.

For this reason, since 1970, enormous amounts of texts have been written about the fact that you can’t trust the photographic image.

But as we can see, the photograph continues to be an influential force.

Journalistic text can never be compared to a photo reportage with its emotional message.

Naturally, images are exploited in the media. We see how prevalent in our news outlets are photo reportages, which permit messages to be conveyed without text.

In fact, there is text — it simply isn’t written. The text is the immediate context in which we see the photographs, but we don’t analyze or even understand the image’s true meaning and influence.

It’s both fashionable and a weapon, which different people use in different ways.

What is the main manipulation?

The main manipulation is that used are visual signals and structures that can directly influence the viewer’s emotional state of mind.

For example, very current right now are Indian soap operas, which the majority of the audience watches — also educated and intelligent people, who obsessively experience the fictional life of the Indian protagonists. Now that esthetic is getting popular. And say, [Armenian reggae band] Reincarnation’s latest promo video likewise is very well situated in this esthetic and creates current demand.

The esthetic factor is used for political influence.

So if Indian soap operas are widespread today, then the prime minister has to play the drums?

Yes, these things are related. The visual range is likened to cinema: in one case, Indian; in another case, American. It appears that the image of the prime minister is closer to the heroes of Westerns, say, Clint Eastwood’s roles.

Commercial advertising is part of that same chain. For instance, there’s an ad on now that’s just awful. And you can’t escape from it, since it’s everywhere and constantly before your eyes. By the way, the mimicry in the commercial (of both the song and dance and the scenario) is very nicely done. It’s an ad for the lottery, where heard is the line “I sold the child for 100 rupees…”

Music videos and commercials, the decoration of the city, and mainstream cinema prove that used and exploited are images that are influential, have mass appeal and high rankings.

Meanings and images are closely linked and interact very quickly. Actually, it’s that speed that is frightening. People don’t have time to think about or analyze what they’re seeing.

If we understand what affects us, what kind of visual conversations we get caught up in, we’ll understand who we are in sociocultural terms.

And when the prime minister or culture minister says that culture must be capitalized, then we have to recruit today’s communication language (including visual language), that helps us speak with the world. And we see that we can now present ourselves only through low-quality, tedious means, constantly being distorted and imitating this or that person.

That is to say, we attempt to enter someone else’s skin and present ourselves that way, thinking they’ll understand us only that way. But in regularly imitating different forms, you remain faceless.

This problem is deep, because it’s connected to the impossibility of representing the collective identity. We have a split, fragmented large crowd, which we call Armenians.

What conclusion can be drawn from the current election campaign?

Generally, in the last 10 years, the visual image offered by political bodies has undergone serious development, becoming a small industry.

It’s noticeable that they’re trying to sexualize election campaign participants. For example, when the news of Zaruhi Postanjyan founding a new political platform was presented, a fantastic photo was circulated that depicted… her shoes. That is, the photographer, who imparts information through the photograph, considered that photograph to be current.

Perhaps there was a longing for eroticism.

Naturally, there is, since for years eroticism has been disguised. And it’s interesting that the prime minister is not on the HHK [Republican Party of Armenia] list, but the political party’s visual representation is done through him. Not through the president, but the prime minister, because he has the advantage in terms of physical attraction. And it isn’t an accidental, but a conscious move.

Politicians have begun to realize that images, esthetics, and politics are closely linked. Even more — they are the same thing.