“Journalism is about the truth, not just promoting one side or one opinion” 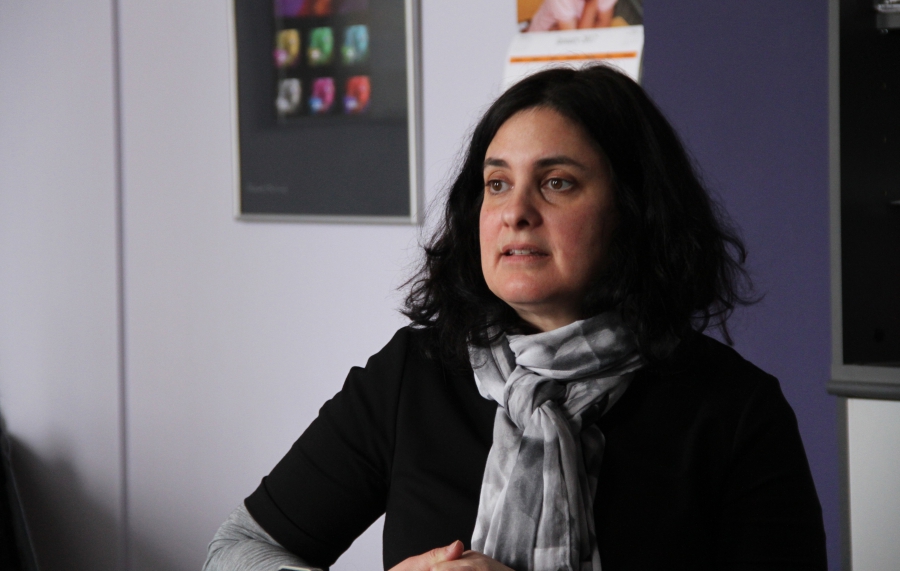 Susan Davis, with the help of audio, is a master of creating stories. For nearly 20 years, she worked at NPR. Now Susan is busy teaching. She was in Armenia in February 2017, upon the invitation of the US Embassy in Yerevan.

The world is changing, and the consumption of media likewise. In your opinion, what chance does audio have to develop as a type of media and find its audience?

I think audio is exploding because it’s inexpensive; it’s not so hard; and young people today are so technologically savvy — they grow up with so much technology and equipment that they are not afraid to try it. The equipment gets less and less expensive; if you have to, you can just use your iPhone as a recording device. It’s very democratic: anybody can do it and anybody can put it up on social media, on the internet.

The problem is that the difference between not knowing what you’re doing and becoming competent is small; the difference between being competent and being artful is vast. A lot of people will do it as a kind of citizen journalism, but I think for it to be intimate and long-lasting and tell a deep story over time, it will just take practice and take people understanding that it is its own medium, that you don’t just write something and read it, or take a microphone and swing it around the air and see what you get. That you have to understand it as different from print and different from television and photography. People still haven’t figured out that there’s a specific way to speak, to write for it, to present, and that’s what needs learning and catching up. But I also think because it’s conversational, it’s very human, and it’s very much about people connecting, that it will keep growing, and keep expanding and exploding.

Can we say that the rise of the internet, social media, and cheaper technologies are grounds for a revival of audio?

I think so. Absolutely. All those things comes together. What works against it is how much young people spend interacting on a screen or with each other through the internet and a screen and not face-to-face. And the best audio is about conversation and people connecting face-to-face. So those two things are a little bit contradictory. And the generation right now, [the people in their] 20s, have to figure out how to exploit the best of the technology, but also really learn to connect with people because their lives aren’t so much about connecting face-to-face. When I was a kid, you went out and you played, and you made up things with your friends face-to-face, and now they’re all on a screen all the time. So that’s the one thing that’s working against them.

So what do people have to do, the audio-makers, not to lose the younger generation?

It’s a good question. I think to not be critical at first. To have them make, make, make, and put it up, and put it up. Also to have them critique each other and teach each other and learn from each other. So that they don’t feel like the grown-ups are telling them what to do or how to do it. But they sort of invent it themselves as they figure it out. And together, that’s the other thing is that so much good audio is collaborative. And the more minds put to it, the more rich the product. So to get the young people really working together, I think, and not just working together as a team, you do this job, you do this job, but let’s all think together about how to do this part and this part and this part and this part.

About 5–6 years, the new form of journalism started to rise. People started to do multimedia stuff, to do audio slideshows. As far as I know, now it’s not so popular. Or not? Can you talk about this format?

I think so. I think it’s practice. People have to practice consuming it and get used to consuming it. I think newspapers going online is great for it; it adds the slideshow part of the visual and then bits of audio.

People often think that if you are in television journalism, it’s an easy transition to audio or radio, but it’s actually very, very hard because television journalists are so used to pictures helping them tell their story and you don’t have that option in print or in audio. The more people are online and not staring at a screen but sort of looking at a screen, looking away, listening, the more audio will take off. Because the more people multitask, the more the audio’s useful to them. I listen [to audio] at home a lot: cooking, folding laundry, walking my dog. And I can’t stare at something while I do all of those things, so I appreciate being able to listen. The more people incorporate listening into their lives, the more they’ll start to consume it as a form of journalism, entertainment, other sorts of things.

We live in the Trump era. Everyone is talking about the rise of fake news. What are the challenges for contemporary journalism in this period?

The rise of fake news is very much connected to the lack of sourcing. American journalism particularly got lazy about the sourcing, but also social media. It’s like we used to have a game when we were kids called “Telephone,” where you’d sit in a circle and you’d whisper to somebody and they’d whisper it all around. And what you’d whispered was “I like red balloons,” and by the time it got back to you, it was “I threw up my lunch.” And there’s some of that going on, where it’s just re-post, re-post, re-post, and people are losing the source. So it has more to do with trust.

And in a way the old-school journalism outlets like the Washington Post are going to come back stronger because people are learning now that it takes work and resources to get the truth. That anybody can make up “alternative facts”— journalism is not just asking people a question and putting their answer on the air. You have to find out what the truth is. It’s also not about balance: this side and this side. It’s about the truth. But the truth takes work to get at, and the truth may not be what you want to hear.

So I think that the American election, while very painful for many people, was important, because it will reset the idea for Americans about how important journalism is, good journalism, and that journalism is about the truth, not just promoting one side or one opinion.