“Some journalists think they can even publish a draft” 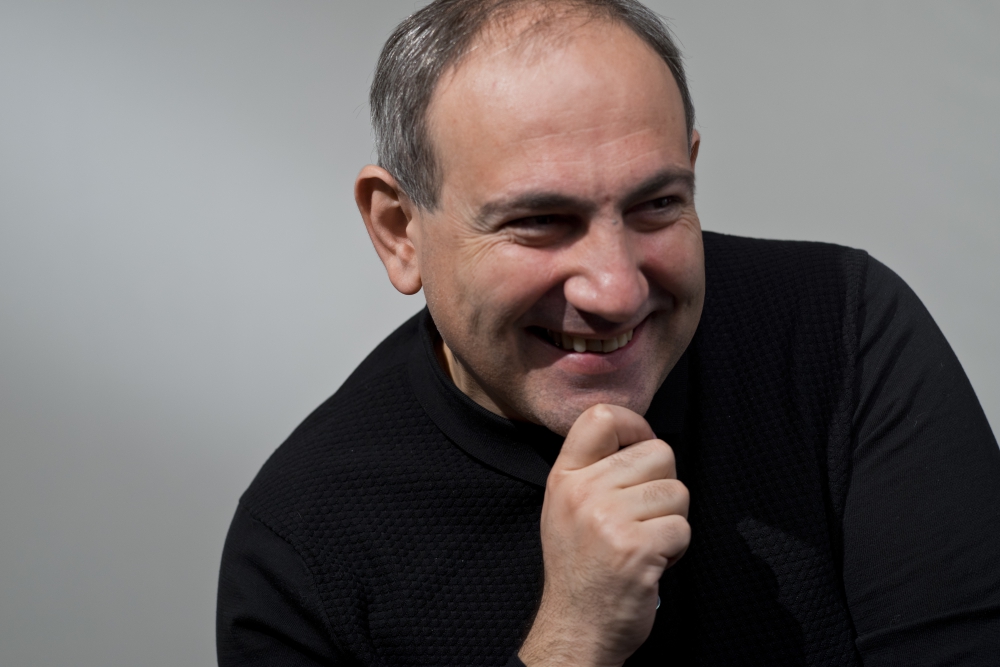 For the member of National Assembly Nikol Pashinyan, there is no difference between the direction of his current work and journalism. His past career of an active journalist helps him be an active member of Parliament today.

Media creates notions about our lives; it models the reality. The Parliament wants to do the same. Is there a conflict between these notions?

No, not for me. Now I am doing the same I used to do as a journalist. If back then I was writing what I had to say to be published in the newspaper, now I raise my words from the Parliament’s podium in form of a question or an assessment.

By the way, when I was actively pursuing journalism, there were accusations that my journalism was very politicized. Maybe that is why it wasn’t that hard for me to replace one podium with another. Regardless, I believe journalism to be a political profession.

Is it an illusion when some say they pursue pure journalism?

There is no topic that you can write about and not get involved with politics. Such a topic simply cannot exist. All topics are political; from the protection of consumer rights to the challenges in the transport sector. Of course, journalists can decide not to cover political processes, but when they record facts, events or emergency situations, they deal directly with politics.

When you were a journalist, there weren’t so many media outlets, not to this degree. Isn’t the quantity a sign of freedom?

The quantity can lead to freedom. I am sure that today in Armenia we cannot find a journalist who wants to write and fails to find ways to do so. At the very least social media networks give them such opportunity.

I believe the quantity creates a problem of the quality. All media outlets including websites, TV channels, and radio stations need journalists. And of course, they want these journalists to meet certain professional criteria. But does that ratio allow us to have quality information in Armenia?

In my opinion, the media outlets whose mission is to provide quality information sometimes give in to the race and lower the bar. They write: “Well-Informed sources have revealed…“ and then continue with something absurd.

When I worked as a journalist, I myself sometimes used the phrase “well-informed sources” but now it has become widespread. Of course, a source can provide information and remain unnamed. But it seems like it’s overused these days.

Of course, with the current struggle for news flow, audience attention, and traffic, it’s easy to capture readers with such news and headlines. For example, we recently had a similar conversation with “Haykakan Zhamanak” newspaper and armtimes.com website (my connection with them is well-known), and I expressed my view that news should not be presented in that way at all, first of all, because it’s disrespectful to the readers.

After all, that decision is made by an editor-in-chief.

True. And sometimes editors resort to that step in order to increase traffic. But there are websites that are composed entirely of such news.

Don’t you think that one of the biggest problems in the field of media is that media ownership is not made public? Often the role of chief editors is not as decisive as the requirements of funders.

Media expresses and represents certain interests around the world. However, a media owner’s greatest interest should be for their media outlet be trusted among the readers. That will happen only when information presented by the media outlet is utmost precise, accurate and true.

If an owner only wants to spread yet another rumor, it’s a matter of taste. We should have an atmosphere, where similar media outlets are rejected by readers.

The biggest problem today is the ease with which the publications are created. Everything is delivered with such an ease. I don’t mean freedom, I am talking about quality. Some journalists think they can even publish a draft. And that’s the big problem.

Before publishing a draft, it needs to be revised and checked, even in a rush. One must be utmost respectful to their readers. First of all, a journalist must be respectful not towards a politician or a member of Parliament, but towards their readers.

It’s noticeable that the image of a journalist is discredited. In any case, we hear accusations to their address from different high podiums.

I don’t like general assessments and accusations. It is possible to have a thousand journalists who are discredited, and one journalist, who isn’t. In Armenia, we have respected journalists, who are worthy of respect too.

Maybe they don’t make a difference?

Quite the contrary, those are the ones who make a difference. That much is obvious from a reader’s assessment. Many journalists display the highest possible level of professionalism considering the logistical capacities in Armenia.

I think so and that’s natural. That is acceptable. What I think it unacceptable is that every absurd piece of information becomes news and gets published. In Armenia, 90% of news is based on anonymous statements from unverified sources. It seems like there is no legal information; most of it was obtained through smuggling. And that is why my trust in the media field has fallen.

When a journalist becomes a member of Parliament, it is subconsciously expected that they will take some steps for the sake of transparency and freedom of expression in the media. Would you agree?