“Poets might seize some of the clarity of journalism’s telescopic eye on the real, but they have the liberty to do something else with that” 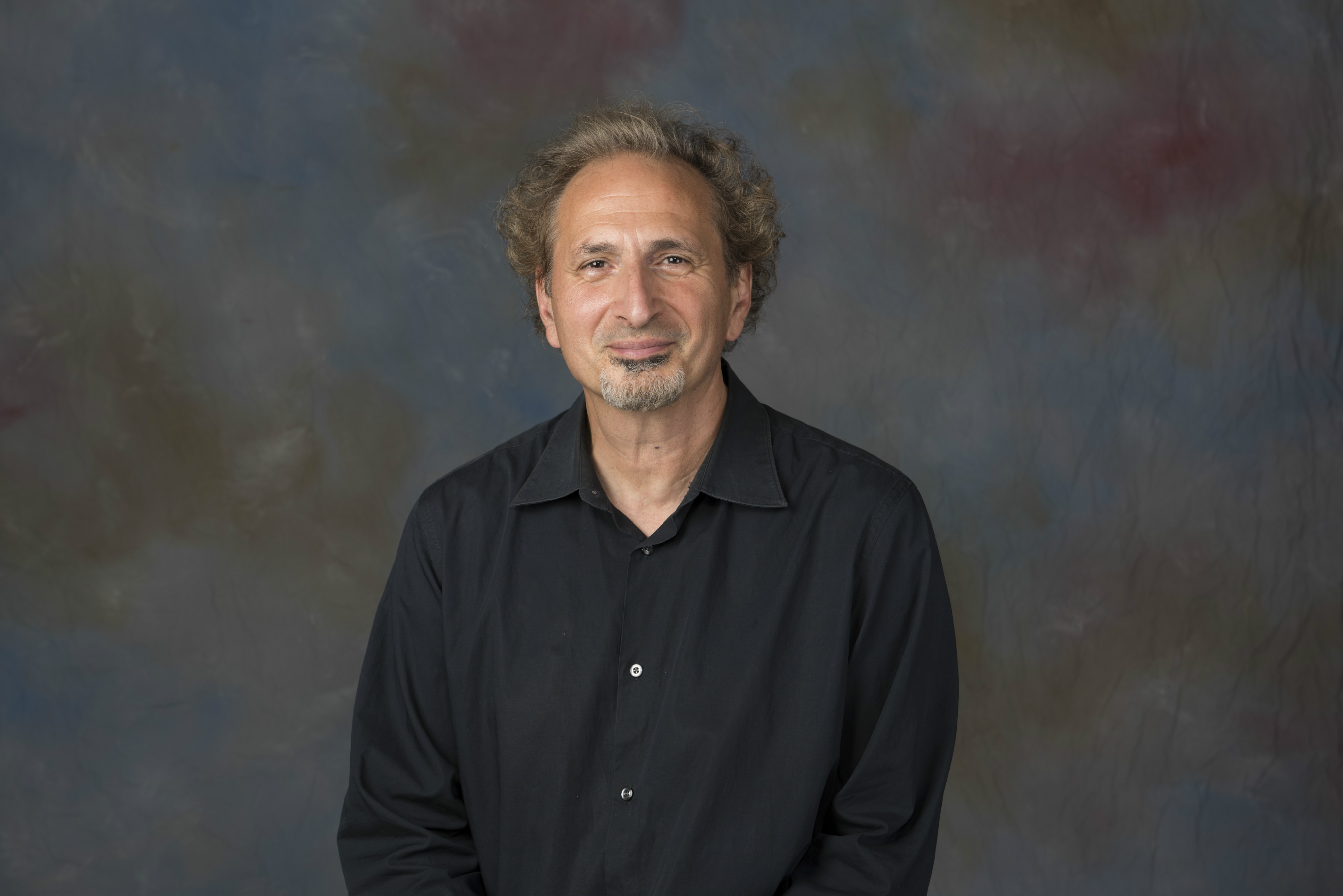 Peter Balakian, professor of literature and director of the creative writing program at Colgate University, Hamilton, N.Y, is well-known in Armenia for his books on the Armenian Genocide. His poems have been widely anthologized in the world, but Armenian readers are still waiting to discover Peter Balakian`s poetry.

Balakian`s new poetry collection, Ozone Journal won the Pulitzer Prize for Poetry in 2016. The Pulitzer board praised his verse for “bearing witness to the old losses and tragedies that undergird a global age of danger and uncertainty.”

Usually poetry gets less public attention than prose because of language. Translating poetry is quite difficult. The rhythm, the melody of the words and the phonetic story needs to be altered from one language to the other. For Peter Balakian poetry has a “fine-tuned language, a language of nuance and cadence that is capable of absorbing psychological shockwaves”.

He uses poetry to explore, in his own words, “the parameters of consciousness in our particular time.”

Nobody knows how poetry begins to spread its “feelers” and bursts into the canvas of everyday life with its sounds, vibrations, and images. Somehow poetry became a collage-like assemblage, an expansive box in which the poet could collect and pour a “mish-mash potpourri”, as T.S Eliot called it.

Peter Balakian writes in his essay “Writing Horizontal” in Vise and Shadow: “I loved working on new poems in the daily rush of urban life, especially on the tube, where, amid the white noise and crowd blur, I could settle into my own zone of phrases and lines”.

Sometimes poetry plays the role of the media, informing readers about events in a more emotional and personal way. “Poets find a ways of allowing the poem to be a flexible chamber for the unexpected, the large indigestible experience of culture and self in their many layers,” he writes in “Writing Horizontal”.

Writing horizontal for Peter Balakian is not simply an aesthetic program, but rather a way of opening up space both linguistically and in the mind. “The horizontal poem, I felt, could still hold on to the verticality of the conceit`s self-reflexiveness, so that the germ at the beginning of the poem could unfurl in ways that could connect to itself,” he says.

The intersection between self and world, private and civic, individual trauma and mass violence is always the goal of contemporary art. And of course, Peter Balakian`s poetry too.

First of all, congratulations on the Pulitzer Prize award. Where were you when got the news?

I was in the Midwest on the University of Illinois campus. I had been working with students all morning and all day. I had not been online or on my cell phone, and people started emailing me, texting me, and I really had no idea what they were texting about. This was not on my mind; it came as a total surprise, and I was texting my friends back with question marks, saying, what are you congratulating me for?

It was a lovely surprise, out of the blue, and that’s always a nice thing.

A lot of your publications, especially your prose, like Black Dog of Fate, The Burning Tigris, and Armenian Golgotha – are all about conflicts. Do you find any cohesion of these conflicts when you work as a professional at the university and as a poet?

The historical event of the Armenian Genocide has been an animating force in my imagination. My work as a poet, my poems have engaged collective memory and traumatic memory, and the reverberations of traumatic memory on the self in the contemporary world. And I feel that there are universal dimensions to the Armenian experience as an emblematical experience of a history of genocide and its survival and aftermath.

In the history of genocide and its survival and aftermath, we see that the 20th century and now the 21st century are tragically shaped by so much mass violence and that the impact of mass violence on social institutions and on human life is profound and therefore, the meaning here does have universal significance. The Armenian story has universal significance for many other stories that continue to happen on the planet. And as a poet and as a prose writer, I have taken on some of these dimensions of human experience.

And the issues for a writer like myself and others who engage in some of the issues I’m interested in often lead us to explore the transmission of trauma across generations. And I believe that the poem has a particular power to engage these complex psychological domains because poetry has such a fine-tuned language, a language of nuance and cadence that is capable of absorbing psychological shockwaves. And some of my poems have tried to absorb those shockwaves.

But I’ve written about many things: as any poet, I write about love and death, culture and art, relationships and loss, and so, I cast my net as wide as poetry I hope does, but I have had a particular interest in the issues of traumatic history, and many traumatic events in US history as well. I’ve written about the impact of the terrorist attacks on the World Trade towers.

My recent book of poems has some moments that deal with the AIDS epidemic in the 1980s and the struggles of various complex cultural areas in the United States from innercity African-American Detroit to Native American Pueblos in the American Southwest. I continue to roam the geography of the world with my imagination, engaging zones of difficulty where I believe rich meanings can be discerned.

What do you think about poetry and the modern media: how does poetry feel amidst these tremendous flows of information? Does it penetrate everday texts or does it try to remain detached from modern life and the media?

I’ve already written about this in my work “Writing Horizontal”. The idea of writing horizontal is my way of opening up the poem to absorb more of the complexities of contemporary life and its complexity and at times madness. Poetry tries to bring disconcerting entities together, to make a form out of disparate materials: texts, voices, discourses that challenge genre boundaries, that let the poem grow into weird spaces and then spaces within spaces.

The idea of what I was privately calling “writing horizontal” was nothing more than an instinct, a personal orientation, a way of feeling and pushing the poem for more space and layers and flexibility.

Verticality could keep the horizontal poem rooted in itself, giving the poetic field a disciplined center. But horizontalness allowed for nuanced feeling and perception that could skitter along mental wires and optical alleyways. It was liberating to play more with splicing and shifting in ways that advanced a larger consciousness of the poem, a spaciousness that meant more opportunities for movement – the music of rhythm could glide into the image in an unsettling way.

I think, one of my goals in my idea of writing horizontal is to make the poem larger so that it can absorb the complexities of our time, including the screenic and digital age, and the impact of large historical traumatic events on the private self. In the midst of my own enjoyment of moment of comparative poetics, I was also feeling a sense of global life more acutely.

I’m interested in the intersection between self and world, private and civic, interior trauma with mass violence. And I’ve written for decades now about the screenic age and our predicament as individuals trying to absorb catastrophic events as they come to us from the digital screen and other forms of media. I’m also interested in the complexity of trying to find a way to deal with the ethical demands of all this.

In the future do you imagine that journalists will write the way you do, they will write horizontal poetry? Do you think this might be another kind of media to deliver the news, to deliver information?

I think that journalists do something very important, vital in their ability to take us into the depths of seeing sometimes very harsh events. But I think journalists need to stay within certain conventions of reportage in order to do this.

Poets might seize some of the clarity of journalism’s telescopic eye on the real, but the poet has the liberty to do something else with that, which is why poetry is always fictional, it’s not documentary. So I think there is a necessary line between the poetic imagination and the journalistic enterprise, although there may be areas where these two things also intersect..

Among your awards and prizes are the Movses Khorenatsi medal, the Daniel Varujan prize — these are just the Armenian ones. Do you follow Armenian events constantly, perhaps professionally, to get updates?

Yes, I follow the news in Armenia and Artsakh every day. Every day I’m getting all kinds of reports from my listserves in my email, so I read about everything that’s going on. I subscribe to several Armenian newspapers and consider myself plugged in to the Armenian zones. This is important to me.

I was recently in Armenia to receive a presidential medial. I was very honored to have this moment happen. It is always for me very energizing and exciting to be in the land, to walk the ground, to roam the churches, to stare at the khachkars, and the great roads, and to go into the museums and to see Saryan and Minas, Parajanov and Aivazovsky.

You know, I absorb a great deal from our extraordinary tradition of artistic achievement and our millenia, 2000 years of Armenian culture. I always say the Republic of Armenia is an inspiration to the world: it has many problems it has to solve, we all know that, but that it survives and develops and evolves all this time later is an extraordinary feat. Not that many cultures can say that they’ve done what Armenian culture has done.

Is there any possibility to see Ozone Journal in Armenian, in whole or in part? 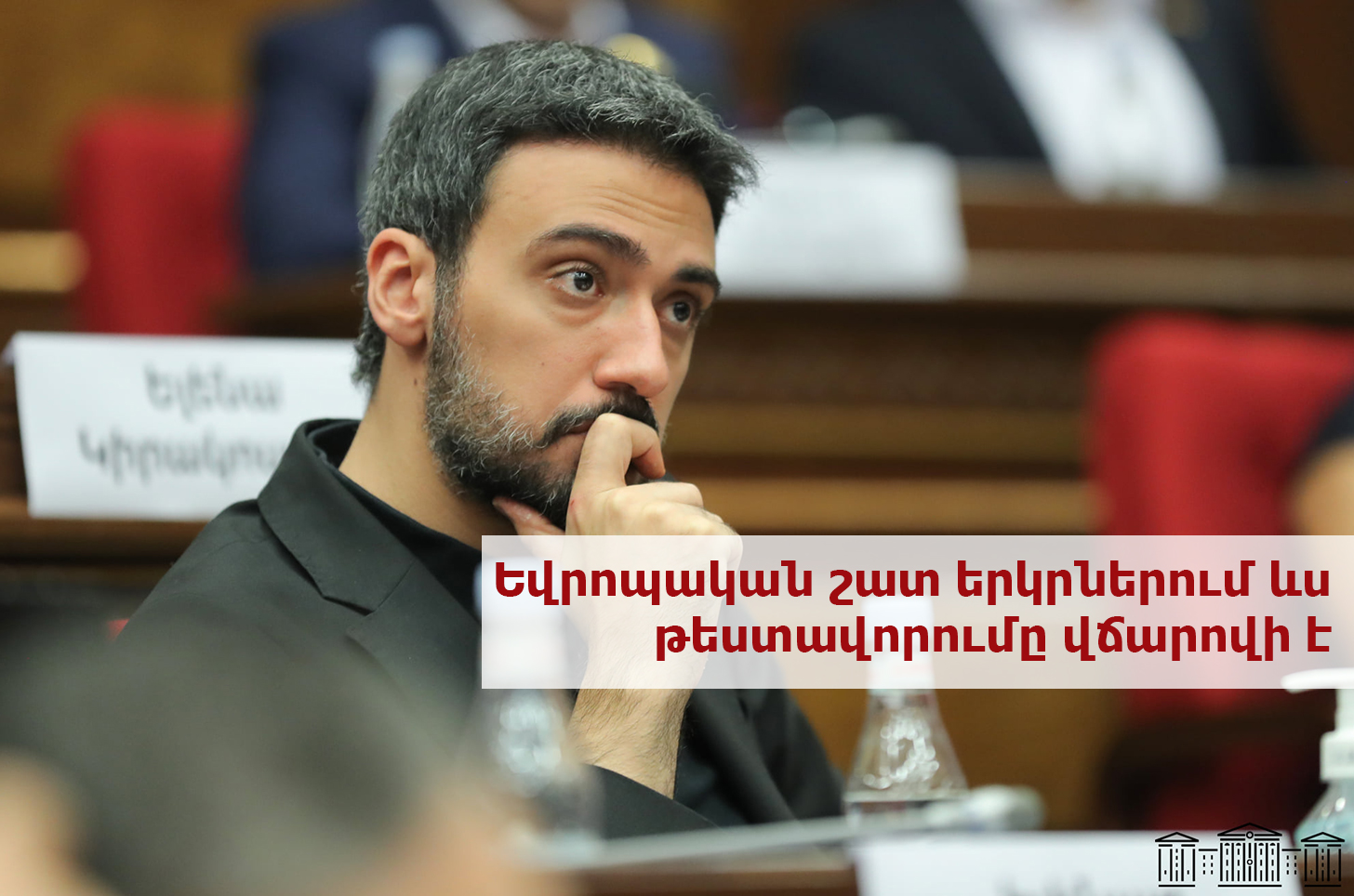 Vaccination Is Not Mandatory In Armenia: FIP.am Was Not Wrong
Ophelia Simonyan