The Future of Armenia’s Newspapers: Iravunk 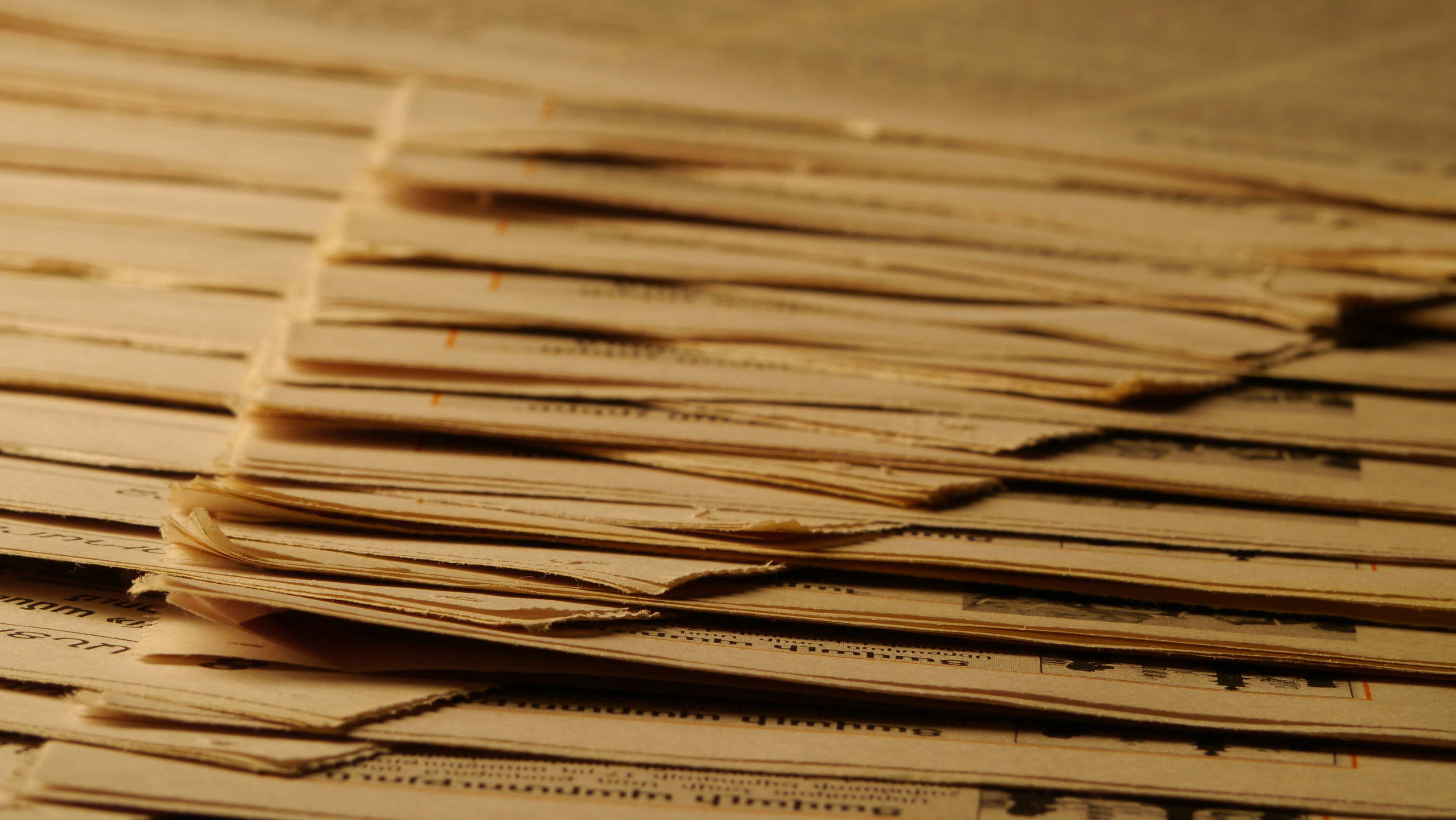 “Iravunk will always last: the internet already took [us] as far as it could”

Do I remember correctly, Iravunk had a circulation of 25,000 at the end of the 90s, it completely covered its expenses, and even made a profit…?

Such a profit that we privatized this second floor [an area occupied by the offices of the newspaper, in downtown Yerevan]. Such was the profit until about 2007.

That is, until the SIM [Constitutional Rights Union] internal scandal and the division of the newspaper in two?

Until the division and the raid-occupation. Added to this was the internet factor.

And the change in the newspaper’s direction?

There’s been practically no change in direction. Only the elite in the country has changed.

By elite, do you mean the government has changed?

I mean that the president has changed: Serzh Sargsyan has replaced Robert Kocharian.

What is the relationship with the authorities like now?

Well now we’re explicitly pro-government; more accurately, pro-president. But that doesn’t mean that the authorities can’t be criticized in our paper. Only the president is exempt from criticism. 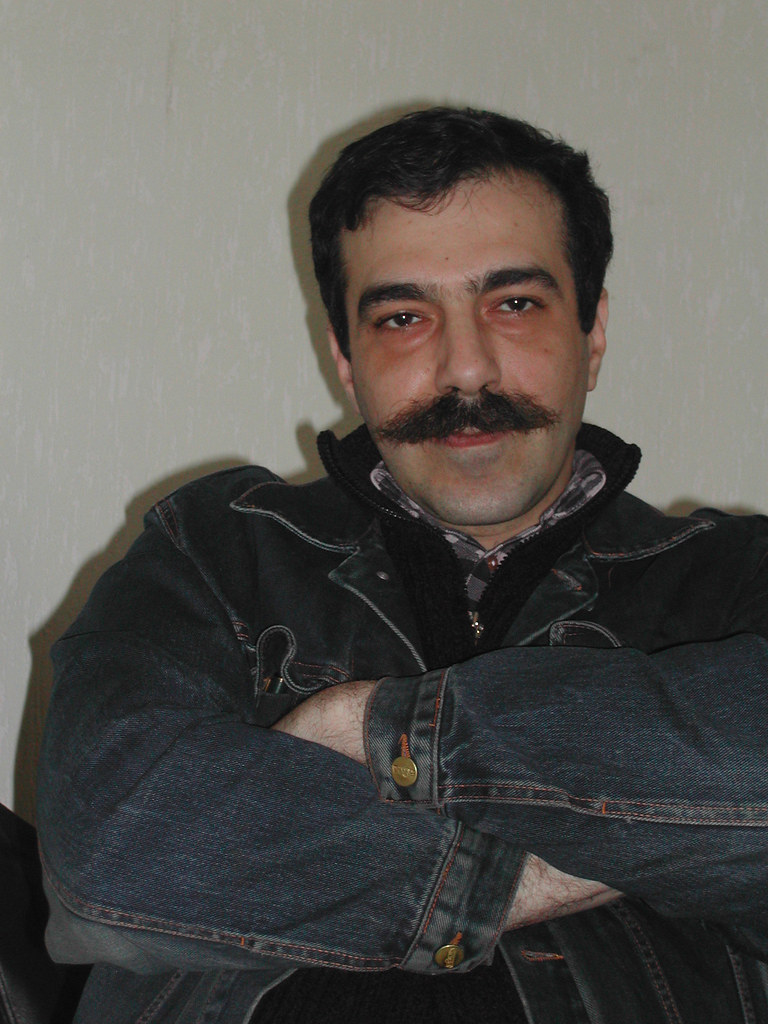 The presidency or Serzh Sargsyan personally?

I hope that in the future the presidency will also be like that.

In 2006, when you were attacked, your main theory was that Serzh Sargsyan was behind the attack.

That was just one of the theories. But then it turned out that wasn’t the case. We very quickly identified who organized the attack.

When you learned that Serzh Sargsyan had nothing to do with the attack, you decided to collaborate with him?

Already in 2007, when it became clear that Levon Ter-Petrossian was trying to return — then. His return was simply unacceptable for me.

Do you see a direct link between the newspaper’s pro-government stance and the decline in sales? Circulation was 25,000; it became 7,000.

I don’t think there’s a direct connection because the decrease in circulation and losing readers is also the case for opposition newspapers. Newspapers that curse the authorities from morning till night have the same decline.

Among revenue sources you mentioned “donors”. Who are they?

I can’t say names. No newspaper editor will tell you that. The reason is it’s a commercial secret. In our case, let me say that sales and advertising are greater than donations.

Do you try to find solutions to return to the old glory days and large circulation?

With the print version, it’s not possible now. We’re trying through distributing a paid PDF, but it’s oriented toward outside [the country], though over time it might also work inside.

There’s room for improvement only through optimizing distribution, making the design and quality of content better. We’re constantly researching, being flexible. In some areas, instead of distribution agencies, we do their job. 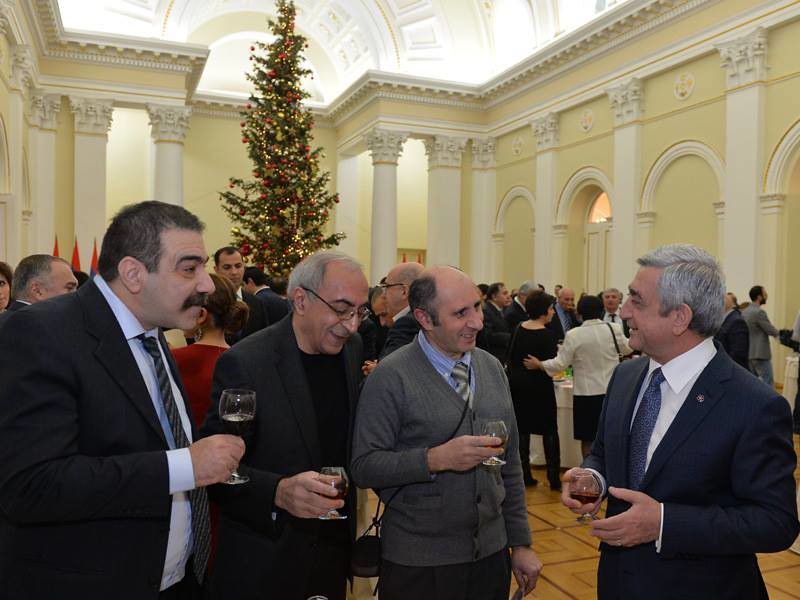 What about hiring someone to simply sell the newspaper by walking on the street?

Our citizens are very conservative: we tried to sell [the paper] in stores and at gas stations, also other, alternative options — it didn’t work. People are used to buying newspapers from kiosks.

We get maximum use out of the possibilities of two colors; full-color printing will increase printing costs by at least three times.

Is a future reunification with Irates de Facto possible?

Did the division weaken the paper?

It couldn’t not have had an impact.

The entire elite reads it; people of our generation read it. Youth prefer the website. The tastes too are different, of the website and newspaper.

There was a time when many would buy issues of Iravunk for the edgy jokes of the section titled ‘Famous Corner’, which spared no one. Now they’re not as edgy.

There’s a change in the environment. The legal environment. And I, for example, am probably one of the few who opposes the decriminalization of defamation and libel. When those [legal] articles were in the criminal domain, working was much easier for both the journalist and the entire newspaper. A criminal case would either be launched or wouldn’t be launched…

That is, you’re in favor of criminal proceedings being launched against a journalist or media outlet, for them to be put in prison?

In the case of launching criminal proceedings, the mechanism of journalistic solidarity worked; incidents of criminal prosecution were very few. In the criminal domain, it was like this: if in one story, the names of 10, 20, 50 people were mentioned, they were all there in one case; you dealt with one judicial body. Now a flood of civil lawsuits might go to court — against one story. It makes the job harder.

And multiplies the fine. 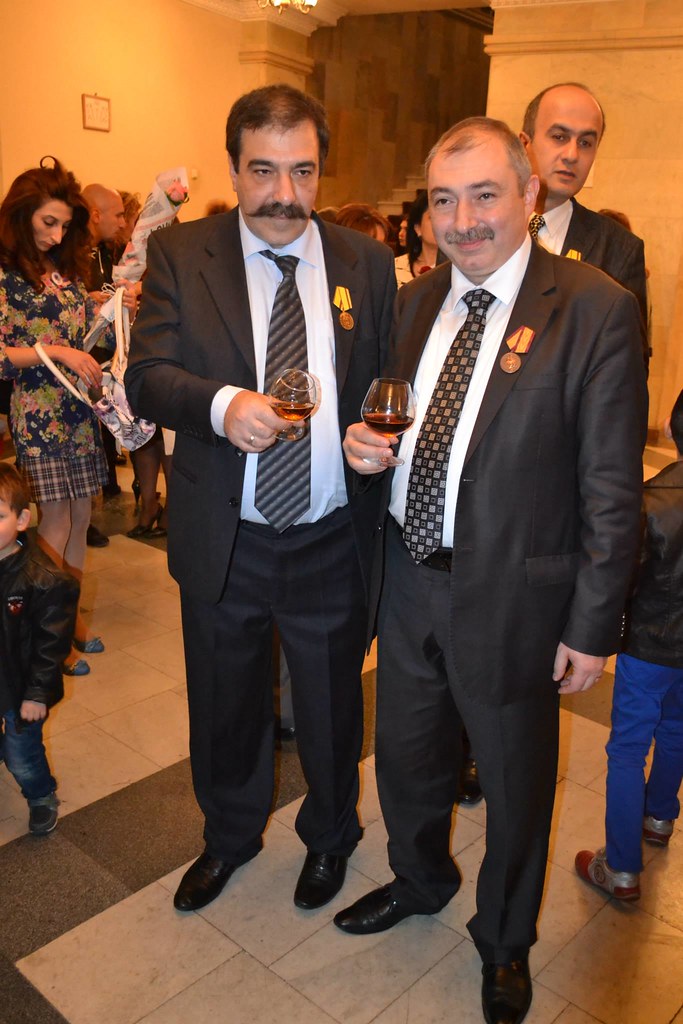 Which forces you next time to be more careful and restrained in the issue of insult or defamation?

Yes, to some extent it’s a restraining factor because it’s not a normal situation, when there are endless court sessions throughout the year, sometimes for a minor occasion. There is at least the subconscious aspiration for caution.

[In 2005, the Court of First Instance partially sustained three citizens’ lawsuit against Iravunk and its chief editor, setting the compensation for insult at 250,000 AMD (about $510 USD). The Court of Appeal upheld the ruling. An additional 16 citizens appealed to the European Court of Human Rights with a similar suit, after the local courts decided to reject it.]

Do intolerant, extreme nationalist views encourage the newspaper’s sales? Is there a segment of the audience that wants this information?

Naturally. There are things that our [Armenian] people don’t like. A false tolerant domain is alien to our society; our public doesn’t accept it. Of course, I would characterize these issues with different terminology…

How do you know what is false, what is sincere, or what our society accepts and what it doesn’t?

So these views aren’t your own conviction, but pay tribute to the opinion received through feedback.

It’s my belief that we must keep our national face.

Socioscope [research center] recognized Iravunk as the leader in intolerance. But the research criteria for tolerance and intolerance are for us the unacceptable indicators of an “importer”.

You yourself admit that there are things to which you are intolerant: for example, you’ve called for punishing gay people.

How can I be tolerant toward them? I’m not saying to physically destroy them; I’m saying, to restrict their activities by law and to be intolerant of unacceptable phenomena that erodes society.

What came over millennia decides — for example, the preservation of family values.

You use the swastika, almost like your logo. As a veteran of the Karabakh liberation war, are you afraid that the symbol might be associated with fascism?

Well, fascism is purely an Italian phenomenon; Nazism, a German [phenomenon]. Nzhdeh‘s religious teaching has nothing to do with them. And it was created earlier than the ideologies of fascism and Nazism.

What was the reason for removing Nzhdeh’s slogan “Force begets right” from the front of Iravunk?

We removed it in 2006. It was apt during the Karabakh Movement and War; during times of peace it could’ve been misunderstood.

Have you estimated how long Iravunk‘s print version will last?

It will always last. Also during the time when my great grandchildren will live, while this 7,000 circulation will stabilize. As far as the internet was going to take [us], it already took, and this much will remain.