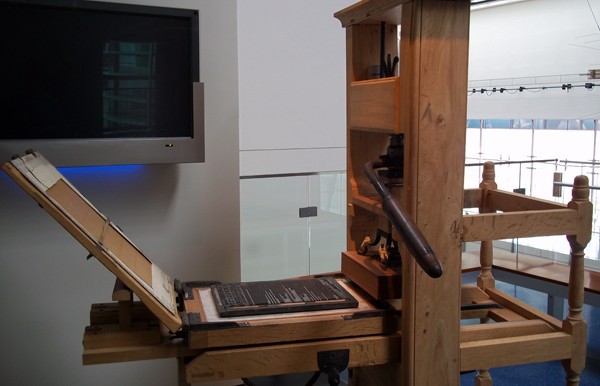 “Our paper has kept us all this time, now it’s our turn.”

The circulation is small; you say there’s no advertising, no sponsors. So how you survive?

For the current conditions, the circulation is quite normal. And we don’t get advertising because those doing business are afraid of the people above. Advertising, ultimately, is financial assistance, and people to help us doesn’t suit the government.

My apologies. We do have one ad: Zvartnots Airport. Once a year, it places an ad; I don’t know, perhaps it does so with all the papers along with ours.

In other words, your stated ban on placing ads doesn’t apply to businessmen such as Zvartnots’ trust manager Eduardo Eurnekian?

It doesn’t apply to this category of people, but they also don’t particularly have a problem of competition, in order to place more ads. What do they need to advertise? It’s one airport, after all. And the ad is mainly “Happy New Year”.

Once, we even made a very funny attempt: without their knowledge and without any mockery, we advertised in our newspaper the goods of two major Armenian businessmen tied to the government, providing free advertising, and waited to see what would happen. As we expected, they didn’t demand a retraction, [saying] that we didn’t give you an ad. But Hayots Ashkharh [“Armenian World”] published piece after piece that they placed ads with us. That is, they demanded from [the businessmen], declare right now that you didn’t give them money.

Did Chorrord Ishkhanutyun not have advertising during the years of HHSh [Pan-Armenian National Movement] rule as well?

During HHSh’s time we didn’t have problems because I was involved in business and personally financed the paper.

We don’t have sponsors now. And we never have: if they’ve shown goodwill, we’ve had whoever happens. The sponsor’s money doesn’t make you dependent because they’re only people from this sector; there’s no problem of dependence. No, by saying sector, I don’t mean the political. They’re independent people who have businesses outside [Armenia], representatives of medium-sized businesses, our friends.

I consider this to be a free press. Now if every free thought the government considers opposition, [then] yes, it’s an opposition paper. But in my opinion, this is simply a free press.

If we were to depict it graphically, when were the highest and lowest peaks in sales?

From 2007–2010, it was the highest. The lowest, when we first began, in 1996, and now, at 1500. Due to the 2008 presidential elections, we made the print run 8–9 thousand. I’ve always changed the print run, based on demand. Because I regret it very much when the paper remains in the kiosk; let it reach readers. I don’t like the paper returned.
Our profit is now zero, yes. But don’t forget, that zero means also giving salaries to newspaper staff.

What are the main reasons for the decline in recent years?

Emigration from Armenia, appalling poverty, and the internet.

Which one more so?

All of them combined. Emigration of course very much contributed to this decline, and the internet too. There are newspaper readers and internet viewers. Readers left; perhaps viewers left too. And they don’t ‘view’ as much from outside [the country].

It was for this reason that we doubled the newspaper’s 100-dram price a few years ago, because our readers, those discontented with the situation in the country, emigrated.

Now what helps a little bit is that we have our [own] printer: expenses have gone down quite a lot. Other printers don’t have these rates.

Doesn’t having a printer suggest printing in color, to attract readership?

No. It’s not candy, to lure with colors. When we were first printing, we would add a color to the paper, people at the newsstands would say, could you give me one of the blue, the yellow? But printing in full color is pointless. It would be too expensive.

Only in one instance would it be justified: if it would be an issue advertising our country’s elite, our genius ‘two-faced-ers’: he pays for advertising himself and takes the full print run home because his big, colorful photo is inside. It would be something else, but not a paper.

At one time your paper’s journalists were being assaulted, now the situation is calm and quite, and you breathe easily…

Let me say, this is a more sly situation. They’ve finally decided to seriously drive this industry to the ground, and there are very few media outlets, editors, and journalists who stubbornly continue the fight at the civil level. They’ve polluted the entire media industry very well. They’re able to disseminate their so-called “sleeves” everywhere. In any case, the press has been appeased very well.

Including also your paper?

But they’ve left you alone, right?

Probably they need one like this: one, two examples, so they can say and this is our opposition. One more thing: before, there used to be solidarity in our media sector, right? Regardless of whether they were from this side or that, they would unite on serious issues. Now it’s each man for himself.

We have to charge our readers a luxury tax now because the people who read our paper are rich: officials, government, the authorities, village mayors, district mayors, people who conduct press reviews, and of course, those who hold free civic views, middle-class people 40–50 years old, for whom the newspaper is something akin to a morning exercise routine.

You, nevertheless, don’t try to engage the youth.

We do. It’s the youth that’s a different type. They’re not readers, they’re viewers, but not of news sites particularly. They want to show their status updates, say their bit. They’re not information consumers, they pass. They unload their information desires, give us a lot of information with it, and we take advantage of that.

Chorrord Ishkhanutyun is perhaps the only newspaper in Armenia that for years has maintained different genres of political satire: from pamphlets to caricatures. Does it help sales?

Of course. They’re completely in a different style. There are people who cut out the caricatures and stick them somewhere. People liked “The Dream” that we wrote — it’s being shared on social media.

The smallest outflow of journalists in the last decade is probably from Chorrord Ishkhanutyun.

Yes, everyone’s [still] around. There are new people too. Among them, those who who skills for writing and thinking. They might not even be fast but have a mind. There will come a time when the need for such a journalist will be felt everywhere. People can’t just record facts and that’s what decides their being a journalist. A journalist is a thinking person.

Is it the end of print media in the world?

No. Definitely it’s going to return. People will get tired of the horrible flow of pure news spread rapidly on social media; a crisis will come; and they will want to think a little.

Reading [news] pieces on websites constantly in this position [holds a mobile phone to her ear] doesn’t allow time for thinking. I understand, this is a different culture. But superficiality is becoming widespread.

The return of print media will be the most powerful tool against nonsense. Shameful linguistic mistakes are made in this race to be the first to relay information. Everyone with such pleasure has made themselves out to be professors of Armenian, Russian, English. Widespread ignorance is spreading because the war of [news] sites, competition, is only about speed.

I have to do everything for it to constantly endure: our paper has kept us all this time, now it’s our turn. We have to uphold this culture because it’s our generation’s child, so let it also depart with us.

Haven’t you heard? In the UK, for the first time in 30 years, a new daily newspaper was launched, called New Day. It’s issued by the Daily Mirror’s publisher, who said, though we lose half a million readers each year, we’re launching a new paper, we have something to say.