“We are moving towards the social stratification of media consumption” 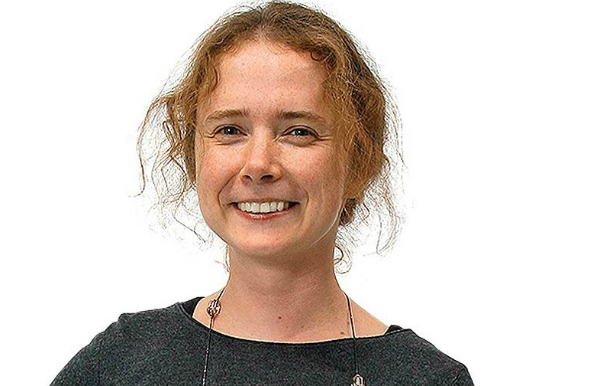 A journalist with Russian daily newspaper Kommersant, Anna Tolstova’s news stories and analyses on culture dictate quality and taste. She writes primarily about contemporary art and finds that contemporary art, which shapes ideas and critical views, is a unique measure for the media sector.

The false information, fake personas, and manipulative pieces that appear in the media sometimes are reminiscent of art projects, as they’re based on that which is invented. Tolstova recalls that contemporary art doesn’t have anything to do with fake personas: “Art does the opposite: it imitates the fake method from mass media and creates ‘mockumentary’ works, which are stylized as documentary.”

Tolstova considers it natural that news outlets’ budget cuts begin with the culture sections because it is believed that art is generally of little interest. “And this policy of news outlets’ chief editors is no different than the cultural policy adopted by Russia’s ruling authorities. Culture is funded based on a residual principle.”

It is widely believed that the aggressive propaganda of television is balanced with online news media that is more free. But it seems that not everything is better online.

However, the internet is a space that is more difficult to censor and creating a[n online] news media does not require a lot of money.

Unfortunately, people in Russia still watch television, though it’s been a long time since it’s been not a media, but a means of propaganda. The best TV stations were forced to migrate to the web, and those who want to get the news, mainly watch the online channels Dozhd (TV Rain) and RBC, though they capture a small audience with a certain educational level and that lives online.

Have you experienced online trolling?

No doubt it exists, and we understand very well which stories will elicit trolling and how “trolling factories” that are part of propaganda machines work. I think any journalist will know that if he covers certain topics, comments with a particular slant will immediately appear below his news story.

Perhaps there still are enthusiastic journalists who read comments, but for the most part, we in Russia have stopped paying attention to comments.

In your opinion, how are culture and propaganda combined?

We now have such a surprising culture minister — he is capable of anything. In Russia, they suddenly remembered that culture likewise can become a means of propaganda. They forgot for 20 years, but now they remember. And a very strange division of news outlets occurred: according to that culture toward which the given media feels sympathy.

Of course, in the major newspapers established in the 90s culture is understood as it is in the entire world (they cover contemporary art exhibits, new literature, and new music). But next to those papers there are newly created major media outlets that either write about culture that’s long dead and bygone (mainly, Soviet) or view culture through a nationalist-fascist perspective.

In general, in the 90s, the culture section was extremely important for newspapers, since cultural capital is the symbolic capital that is crucial in any circumstance.

Typically, Armenian media write about or prepare reportages on art if the country’s president or another high-ranking official attended an art exhibit or film screening.

Our president rarely attends art exhibits. I may add, thank god, that’s so. There’s the impression that contemporary art especially is overlooked by the head of state. To be honest, that’s a very pleasant impression.

It seems that the atmosphere is constantly being squeezed (in both Armenia and Russia) and good journalists soon simply won’t have the chance or place to work. There will be no demand.

I think, anyone who works for not-state media feels the same way. In any case, that’s how it is in Russia. Of course, journalism is that work that supposes a long, comfortable, and secure life. And for me, not having a place to work is not as terrifying as the lack of reader interest.

If the culture of buying and reading newspapers existed in Russia (as it does in many European countries), any attempt to censor, impose financial sanctions, or dismiss chief editors from work would evoke fervent public discontent.

For example, years ago, when nearly the entire staff of NTV was dismissed, people took to the streets. Unfortunately, those demonstrations didn’t change the situation, and, on the contrary, showed the ruling authorities that television is that space that must be defended at any cost. All the same, the audience reacted.

I think, if the reading culture was more developed, perhaps the situation of us journalists and news outlets would be better.

In your opinion, what path will the media sector take in the coming years, how will it develop?

I’m not a media expert of course, but I think that diversification will become exacerbated, as a result of which the various types of media products will shape and newly stratify the audience.

Whereas before, we could say that news outlets’ readers differ from each other based on intellectual level, now the difference is more so based on readers’ technical competencies.

Someone will rush home and watch a film on television, while another will buy a newspaper from a kiosk, and a third will gather a complex combination on his iPhone or more complicated device and get a complex media product.

The media sector is becoming more diverse from a social perspective because the means to consume media is becoming diverse.

And even under conditions of censorship and “cleaning” the media sector, everything moves toward the social stratification of media consumption. I think, we don’t yet know how that stratification will be manifest and what impact it will have.

We more or less felt the difference between the print press and television, but as for what consequences multimedia news outlets (especially with their mobile applications) will have on audience transformation, we don’t yet have a clear picture.