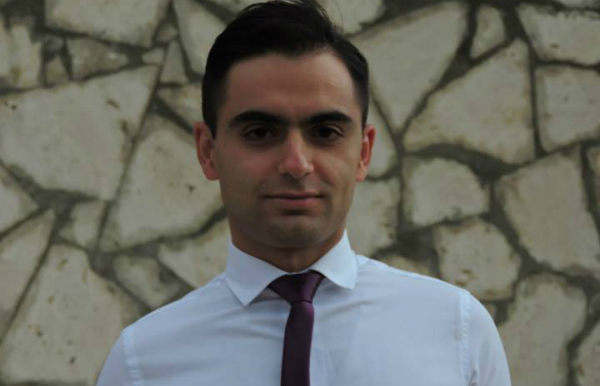 In dispersing participants of a sit-in against the electricity price hike on Yerevan’s Baghramyan Avenue on the morning of July 23, police attacked journalists, broke their professional equipment, and seized devices and smartphone memory cards. Many of the journalists were detained by police. About 20 journalists were affected by the actions of the police.

Attorney Gevorg Hayrapetyan finds that the police actions weren’t lawful; moreover, that they were guided to prevent journalists from disseminating information. The destruction and seizure of journalists’ professional equipment testifies to this.

In Hayrapetyan’s opinion, in this situation, the entire journalistic community must stand up and defend its rights, and if it doesn’t achieve success in the domestic courts, it should apply to the European Court of Human Rights, where there is a great likelihood of its winning a case against the Republic of Armenia.

Journalists were attacked while covering the #ElectricYerevan demonstration. This was covered by the local media and reported by the international press. Apart from drawing attention, what should journalists do next?

Journalists can and should act as any person who believes that the state body has acted unlawfully toward him. Apart from all those procedures that people have, to appeal to the courts or law enforcement agencies and ask to launch criminal proceedings on the legal basis of being attacked or having suffered bodily injuries, journalists have an additional option afforded them through the Criminal Code: Under Article 164, hindering a journalist’s professional activities is considered a criminal offense.

In this case, since the person(s) who attacked journalists, it is assumed, was the police, they must appeal to the Prosecutor General’s Office or the Special Investigation Service to report a crime.

The state’s approach is that the police detained participants of the demonstration. There is always this conflict: could it be understood at that moment whether the individual is a journalist or not? From what I saw, it was understood. Some of the journalists wore badges and the photo and video equipment of most of them were substantially different from those of the demonstrators. They were professional [equipment]. And it should have been clearly understandable for a law enforcement officer who was a journalist and who wasn’t.

According to Article 6 of the Law on Assembly, representatives of mass media covering the event or carrying out their professional duties during the event are not considered participants of the event. In other words, in this case nothing can justify the police officers’ actions.

Even if we assume that an ordinary participant of the event was lawfully detained, detaining a journalist under the same conditions is already a violation of the law. There are questions surrounding the legality of removing demonstration participants from the scene in general, because according to the European Court of Human Rights, even an unauthorized gathering is lawful if it doesn’t threaten vital interests. And in this case no vital interests were under threat.

Local and international media organizations condemned the police actions and stated that what happened on June 23 was a targeted attack on journalists. What do you think?

I agree with those organizations. A few facts point to this, one of which was the confiscation of journalistic equipment. If we assume that journalists were detained as demonstration participants, why did their video equipment and memory cards need to be taken away and destroyed?

This proves that the police directly prevented the spread of information. This is a striking fact that is more than sufficient to say that the police actions were directed.

When during the demonstration police declared that it would begin to use force and warned journalists to leave, can this be considered a basis for the use of violence against journalists?

The importance of journalists to society, their public role is so great that societies even consider giving journalists immunity. Back in 1979, the European Court of Human Rights said that a journalist is a public inspector and must be treated as such. Consequently, whatever backyard or guy-to-guy talk of “I warned you” is not enough to later justify why a journalist was attacked or caught or or his equipment broken.

“If journalists appeal to the European Court [of Human Rights], they will have rendered a great service to the development of rights in the entire world”

Such statements by a state body are not appropriate for any democratic society. The police are not only for dispersing an illegal demonstration, but also for ensuring a lawful gathering.

Recently we witnessed Police Chief Vladimir Gasparyan’s contemptuous treatment of journalists. The police chief uttered “it’s not only by peppering the language,” “like a calf,” “get out of here” [using coarse language], and other such expressions. What should a journalist who has been insulted by a high-ranking official while carrying out his professional duties do?

A police officer has no right to insult a journalist. In general, demeaning the honor and dignity and any action in this vein is highly criticized. It creates a surprising situation: the police, as a state body, which must handle greater tolerance of any criticism and sarcastic remarks toward it, just recently filed a lawsuit against a citizen — to regain its honor and dignity. How can a state agency that recognizes the value of honor and dignity act in such a way?

It would be good if journalists check the police chief’s statements in the area of ethics. A police officer cannot speak like this in his position.

The journalistic community must fight for its rights, constantly write about this, conduct analyses, publish videos, and prove to the maximum extent that unlawful actions were committed against it.

As a preventative measure, journalists must work in the area of ethics as much as possible. It would be good if during rallies journalists carrying out their professional duties aren’t likened to participants of the rally in terms of of their expressions and behavior. So that the police officer who attacked and picked up the journalist doesn’t say I didn’t know he was a journalist; I thought he was a demonstrator.

Generally speaking, if journalists are unable to defend their rights in the domestic courts in connection with the June 23 attacks and their detainment and appeal to the European Court [of Human Rights], they will have rendered a great service to the development of rights in the entire world because the judge will adopt a position in connection with all such cases. And the chances of winning [the case against] the Republic of Armenia in the European Court are great.