“What’s Happening in Armenia is a Media Revolution” 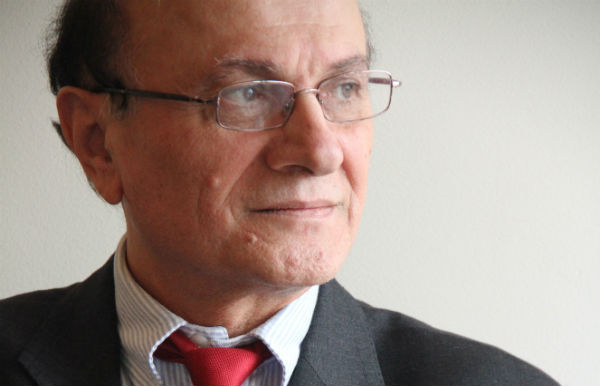 Director of the Armenian Service of Radio Free Europe/Radio Liberty (RFE/RL) Hrayr Tamrazian finds that the media in Armenia is quickly changing, particularly in the area of online.

Hrayr Tamrazian, who also goes by the first name Harry, believes the converging newsroom is the future of the media, as a result of which also changing is the work of journalists, who are becoming universal.

In your opinion, how is the Armenian media sector changing?

The most positive and most constructive changes are happening in online media, which is normal because new technologies and a new way of thinking in journalism are mixing and merging here.

Online news media outlets, in terms of their choice of subject, are freer and more at ease than other news outlets: there are no restrictions, no editorial supervision from above, and no particularly harsh or tough interference.

It seems as if the programs of broadcast media are developed in the same newsroom — by the same editor and the same journalists. Shown are the same press conferences, the same questions, the same answers. The day’s news streams are identical.  Something happens here that is not picked up by some news outlets, and it is identically repeated by other broadcast media, even by those who at least don’t have anything to do with the ruling authorities.

Online media has a unique feature: directness. You bring the audience, the TV viewer closer to the event. During the presidential election [campaign] period, with our live, uncensored coverage of the rallies we were bringing the audience to the scene. Moderation was happening not in the studio, but right at the scene of the event.

People today mainly find out what’s happening in the country online. They watch television more so for the soap operas; most likely they have no other alternative.

I think, what’s happening in Armenia is a media revolution. The Armenian media sector is very capable. If there were no restrictions, I think today we would’ve been the country with the most developed online news media throughout the territory of the CIS [the Commonwealth of Independent States].

Nevertheless, there’s progress. Even news outlets that are closest to the government are freer than in the past because they’re obliged; otherwise, they’ll lose a great many viewers.

I think the future is the converging newsroom — there cannot be another newsroom. This is the future that all Armenian news outlets will have to adopt sooner or later.

Due to access to the Internet, more and more there are news outlets that, apart from engaging in plagiarism, fill websites with mediocre content.

At one time, when William Saroyan had come to Armenia, the famous poets accompanying him, who were frequently published and were paid well, told William Saroyan, “Maestro, now just about anyone has begun to write; they write anything and everything; all around [us] is rubbish.” And he replied: “That’s very good. An Armenian always has something to say; he must write.”

It was genius, what he said. What rubbish are we talking about, who is it bothering? You don’t want it, don’t read it. I think, that’s the symbol of freedom: let them write whatever they want. If they have the means, they can create an online news outlet; it’s their right and no on can prohibit it. Thank god oligarchs haven’t yet established a monopoly here [in this sector].

I often hear the grandiloquent remarks “a journalist’s calling”. A journalist is one who conveys the most useful information to the person next to him or her, to the residents of his or her neighborhood, city, or country.

If people make use of that in any way — to shape their opinion, to make a better decision, to be more informed — then the person communicating the news is a very good journalist.

I always repeat this example: the famous talk show host Larry King was once asked, “Who’s a journalist?” He said, “For me, the best journalist is my doorkeeper, who, when I leave CNN, always tells me go down this street, then turn left, then go like that, because he can always show me the shortest and least crowded route, as a result of which I get [to where I need to go] without headache.”

There’s no secret to telling the news; you just have to be accurate, objective, and most importantly, not to deceive [your audience] and to convey that which you’ve actually seen, without exaggerating, overstating, or reducing the significance of the news item in question.

On social networking sites, of course, there is unverified news, which is later verified — it is either confirmed or denied. But it’s every person’s right to be a journalist at any given moment.

The best journalist is he or she who never lies to his or her audience, while a bad journalist perpetually lies and misleads. I don’t see another criterion.

A professional journalist has to know the principles of journalism: how to gather facts, conduct an investigation, work with sources, to not reveal sources. Unfortunately, these rules sometimes don’t work in Armenia because either the editor doesn’t want it to be so or the news outlet doesn’t aim to tell the truth.

There are opposition news outlets that operate with the very same drawbacks as pro-government news outlets: for them there is only one opinion; in this case, that of the opposition force that the news outlet in question is close to.

In Armenia, there are few objective news outlets because there is no independent funding source. If an advertising market that is not controlled by definite forces is established, then there will be news outlets that are free.

Along with the transformation of the media, how does the work of journalists change? I am referring to the application of tools.

At Azatutyun [the RFE/RL’s Armenian Service], in the past we’d only write, only broadcast for radio. Now if we approach a journalist’s desk, we’ll see a voice recorder, a computer, and a video camera. We have small video cameras that our journalists always take with them, regardless of whether the event will be resounding or not. Today [at Azatutyun] we don’t have just radio journalists because such a thing doesn’t exist anymore.

We’ve changed our strategy. And though it was difficult for journalists to agree to it because it’s more work and more torment, but now they all enjoy it; they’re the ones who say, did you upload my video? The meaning of the whole idea is the following: if a person listens and reads, naturally, he or she will also want to watch.

Of course, good opportunities for technology are important, but the most important thing, after all, is giving journalists the opportunity to create and not to oppress them.

When you start a new job, you have to, for example, serve your colleagues. When we developed the new concept, that we were going to broadcast live from the scene, I took it upon myself, the boldness of failing or achieving success. If it fails, it will be Hrayr Tamrazyan’s failure; if it succeeds, not bad, let it be Hrayr Tamrazyan’s success.

We succeeded. Viewers loved it. It turned out that’s what our audience wanted: to be taken to the scene. Visits [to the website] grew by 6–7 times: in one day, we had 600,000 visits. Now our young journalists do the same work, but that doesn’t mean that I’ve stopped. I love journalism. If you’re a journalist, you can’t simply become an office bureaucrat; it’s not possible; so you have to officially declare that you’re leaving journalism. I wasn’t able to leave journalism. I guess that’s my shortcoming.

In your opinion, what are the current media trends and prospects?

Everything is moving toward smartphones. Everything will eventually move on to these small mobile devices — smartphones and tablets. And people eventually will carry all this with them. And the faster the internet connection gets, the smarter the devices get, the easier it will be.

We now have a mobile app, which contains radio, text, and television. The audience’s choice cannot be limited to only audio, only text, or only video. You have to give your audience the option to choose its preferred method of consuming news.