‘In Covering Protests, We Find Ourselves in the Middle of Two Blazes’ 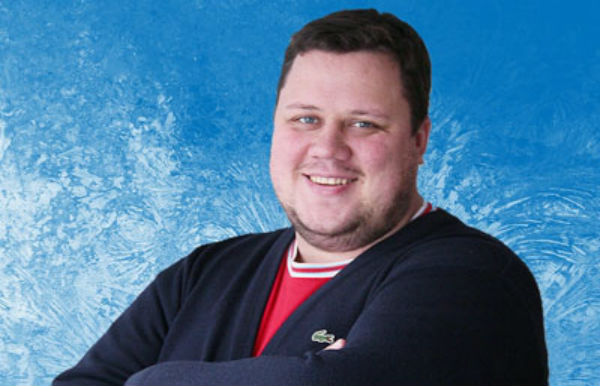 Aleksandr Bogomolov, chief editor of the online version of Russian news source Moskovsky Novosti (mn.ru), is of that generation of leaders who view journalism from the standpoint of a sound and transparent business, thereby proving that competent management is the foundation of a news agency’s viability.

Moskovsky Novosti’s multimedia site has a big reputation due first to providing balanced news and quickly, and then to actively applying new technologies. Bogomolov notes that seeing users of different types of electronic devices at every step in Armenia, he is sure that the media industry in the country will grow rapidly. It only remains to ensure internet speed and penetration.

During the Jun. 9–10, 2012 BarCamp Yerevan “unconference”, Bogomolov gave a presentation on his experience with their online publication, which thoroughly covers protest demonstrations in Moscow. The quickly updated newsfeed, the reports prepared at the scene, and panoramic photos garner attention also with their creativity. “We work, and at the same time we get pleasure,” says mn.ru’s chief editor.

Your site provides news beautifully and creatively. Can it be said that consumers expect of information not so much speed as much as a creative format?

I think that every news agency does its work based on its audience’s expectations, and so you have to know who your audience is. Our publication, for example, is read by youth who aren’t digital natives (that is, they weren’t born with computers), who still remember what a book is, but they use electronic devices more. They perceive information differently than older people do. That is, they feel the need for not only verbal, but also visual information. And in order to meet their expectations, we have to constantly apply design methods — to place good text with good images, with panoramic views and good quality infographics.

It has long been known that people perceive information easier via an infographic and not only through text — especially if there’s a great amount of statistics and figures in the text.

The public protest rallies in Moscow, in some sense, also helped your site to become a news outlet that’s in demand. Is that so?

The protest rallies in Russia actually create a huge stream of news. And if we say that we’re doing business that relies on journalism, then we have to consider that the coverage of uproarious events has a huge effect. From the viewpoint of audience interest, active demonstrations, without a doubt, have given (and give) the ultimate effect. That is, there is the demand for this information.

And since we work online, we’re able to measure audience interest, quickly seeing all the analytics (which is our advantage over television and newspapers). Naturally, we work to give the audience what it wants, while simultaneously enhancing our reputation, increasing traffic, and maintaining our core audience.

Have you ever specially accelerated or interfered during an event?

Of course, that’s prohibited. Our mission is to cover real events and not their increased exaggeration. We don’t do provocation, staying within the limits of delivering the facts. As Lenin said…

It’s just that his remarks were branded in the newspaper Izvestia, where I worked previously. Lenin said that a newspaper is not only a collective propagandist and collective agitator, but also a collective organizer. Of course, that’s a perception of the press from the Soviet era, and the role of the media is different now.

We have to realize that in our reality, where there’s fierce competition in the media industry, everything moves very quickly. And that which is new today becomes traditional tomorrow. Any novelty you create is immediately borrowed by your competitors or colleagues, and so you need to be constantly searching for new methods, new approaches, new formats. No one knows what awaits us a year later — perhaps information chips will be directly inserted in our brains? Of course, I’m talking about fantasy now, but we have to think about this.

Every time there’s news of a new protest demonstration in Moscow, we try to find a new trick to covering it. For example, we view the issue from the side or we turn it upside-down.

Members of the public who’ve come out to protest are traditionally viewed as sources of information, and we thought, wait, the 50,000 or 100,000 participating in the protest are not only sources, but also consumers of information. And we began to publish information specially for them, to share useful information.

And with this, did you help people organize themselves?

Of course, those demonstrating had already organized themselves through social networks, but today we’re in competition with not only other media outlets, but also bloggers and users of social networks — which is why we try to be a journalist first. That is, to convey only professional, verified information, filtering the flood of information. I think, our assistance lies in this.

And in this reality of self-organizing, where does television fit in?

I can’t speak of television, since I haven’t watched it in the past 10 years (except perhaps for sporting events). For me, television has long stopped being a source of information, and it was never a source of entertainment.

If an alternative to television has emerged (by way of the Internet), then the audience definitely will be split.

To be honest, I don’t see a problem in the existence of television: when a person has the option of choice, that already is wonderful. If you only read the newspaper Pravda and watch the program Vremya, you’re one person, but when you have an alternative to these, you’re completely a different person.

New media begins from having the possibility of choice.

In covering protest demonstrations, isn’t it hard to avoid getting off track, from showing the preferences of one side over the other?

Of course, that’s the most difficult. And it’s odd that this emerges in the first place due to opposition supporters. The thing is, people (especially the elderly) were brought up on the Soviet paradigm, perceiving the press as their assistant and the driving force behind ideas. And when we show the not-so-good sides of the authorities or the opposition, both “armies” are displeased. And since the opposition is more active online, we more often rebuke from that side. We’re accused of fulfilling orders, “replenishing the water mill of the opposite side.”

Thus, in covering protests, we find ourselves in the middle of two blazes. On one hand, the authorities are displeased that we’re covering those protests at all; on the other hand, it’s the opposition, which sometimes doesn’t like our objectivity.

We always write what we see, and we try not to pay attention to the accusations. If each time we wrote something we thought of who won’t approve of it or who it might annoy, we wouldn’t get any results.

We in Armenia also have the same problems; news outlets have clear affiliations (pro-government or pro-opposition). How can we develop the formula of a good news outlet?

It’s the same everywhere. I think, there are two key ingredients to the work of news outlets: to work within the limits of the law and not to lie. I understand that this might sound a bit pathetic, but that’s how it is.

When I speak, for example, with Norwegian journalists and hear that their newspaper has been published since, say, 1925, and they have no right to increase the number of readers by publishing yellow journalism, I understand that maintaing a core loyal audience established over decades is very important. Generally, it’s enough to make a few mistakes for that core audience to dissolve and the news outlet’s reputation to fall and no longer rise.

I’ve noticed that for our audience the newspaper or another publication is a source of not only information, but also identification. People like to identify with a newspaper; say, a man is reading Vedomosti or The Wall Street Journal in a cafe and everyone can see that he’s someone from the business industry, which, by the way, very much appeals to the ladies.

Our site works according to the same principle: our core audience is more important than the insane number of visits.

And is it important to maintain a core team of journalists?

That’s a complicated question. Of course, the audience likes familiar, respectable journalists, but more and more it’s apparent that people are less interested in a journalist’s name. In Russian media, I can point to the names of only 10 journalists known to the public (I, of course, am not referring to popular TV stars) — and that with great difficulty.

For the audience, it’s not so much the journalist’s name as much as the news agency’s brand that’s important. And from this standpoint, everything needs to be done so that the connection with the brand is not weakened. Journalists can come and go, but the news agency’s ideology shouldn’t suffer. Generally, keeping the brand “pure” is a primary issue.