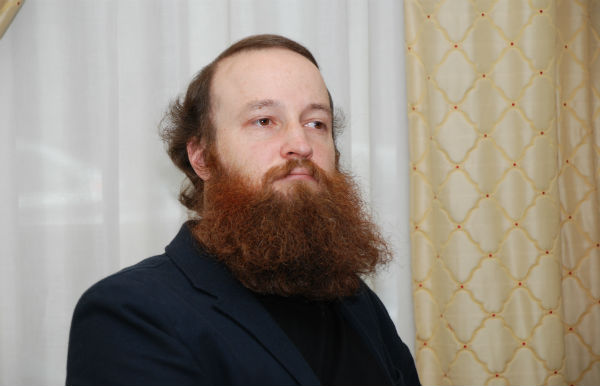 Interview with Gregory Shvedov, editor-in-chief of the Caucasian Knot.

What interest does the Caucasus region have for your news outlet?

Very important is the other side of the question: what interests us is not the region, a country or geopolitics, but rather, the people who live here.

When the Caucasian Knot was a project and not yet a news outlet, we began our work within the international society Memorial (with Andrei Saharov among the founders), which was investigating human rights violations and dedicated its efforts to the protection of human rights. There was war in Karabakh and in Abkhazia and gross violations of human rights in Chechnya. Caucasian Knot began this work having an interest in human rights, but also wanting to increase articles on economic, cultural and political topics, so that we can show a broader picture of events in the Caucasus and different faces of the same people to those who are interested in this region.

What’s the situation on freedom of speech in Russia? What are the challenges today?

I think, there’s a general trend to say that there’s censorship in Russia. But that’s not true. There isn’t censorship in Russia in the literal, real sense of the word: there aren’t officials constantly checking the content of media before it gets published. Russia’s main issue is not censorship, but self-censorship — the tragic decline of quality journalism. We don’t like to talk about this; rather, we like to point out Putin — that Putin is not really a democrat. But the problem is not only Putin, but journalists, who don’t do their immediate task. They might be lazy or scared, but the result ends up being weak anyway.

New media in Russia is booming and is making a real difference in many cases; for example, in corruption. Caucasian Knot tries to give greater sonority and to make more audible those voices who raise an issue through social media. We try to give them the opportunity to spread information, so they can influence the fate of those about whom they’re speaking. That’s why we offer a SMS service to our readers (Armenian readers can send sms to +7 903 767 60 60), as well as a mobile, light version with a special form for publishing stories (not just comments) by readers and various other online mechanisms… We try at most to raise those voices which are heard in the Caucasus; by the way, not only in the North Caucasus, but also in South Caucasus (including Karabakh, South Ossetia and Abkhazia), as well as in Russia’s South Federal District (with Krasnodar, Rostov and many other big regions) — in all 20 regions where we work.

There are discussions on what is media and what is new media, and we have come to the conclusion that without journalism and content, new media as such doesn’t exist. In this sense, what is new media then, simply a tool?

I believe that as a principle, “just a tool” will never work. New media in the first place are the people, who have both a journalistic and civic position. The tool, as such, doesn’t have meaning: it brings no change at all. We see that in many countries, even in Russia, this tool wasn’t working for a long time, because the lack of civic position and journalistic values leads those who write to entertain the public. Through new media, a majority of people publish, they have a good time, they make contacts — for them the civic component is not that important. Journalism also uses new media: It has become tradition to pick up stories from Facebook and Twitter and to trend topics on Twitter (with the use of hashtags) during TV or radio broadcasts of major events.

But there’s often no use of the sensitive political content because the Russian journalistic community, as I see it, doesn’t really have the ability and desire to listen to the crowd, and there is definitely no attempt to help spread the voices. Media can pick a story, use crowdsourcing for entertaintment, but not experience crowdsharing. What is crowdsharing? It is a policy for media to provide space for readers; not only to be quoted by journalists, but to use a media platform as an opportunity for those who want to express themselves on social and civic issues.  And also to set up an agenda for the media. This means if such a space is created, a crowd might be sharing stories, supporting interest, and shaping futher interest for the media, including for professional journalists who are reporting. This approach by traditional media might transform new media from a red-hot topic to a new high-level tool that represents journalistic and civic positions. And that’s how people, using this type of tool, might make a real difference — and not just a buzz.