Ivan Zassoursky: “The main trend in today’s media is integrating into social networks” 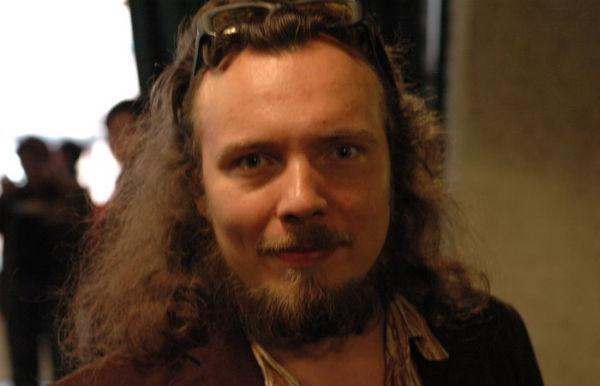 Associate Professor Ivan Zassoursky is head of the New Media and Theory of Communication department at the Faculty of Journalism at Moscow State University (MSU), a well-known journalist, a philology candidate, author of a few books, researcher, and expert. He also happens to be the chief editor and founder of the internet edition of Chesnyh Korespondent (or Chaskora, “Private Correspondent”).

Ivan, since 1998, you’ve been teaching at MSU’s Faculty of Journalism. During these years, how have students and journalists converted to a new media environment?

Today all the students know everything about all the lecturers. And they know what can be expected from each lecturer. If they like your lectures, they comment on them.

Years ago when we started the “Multimedia Journalist” program, we taught all students at our school not only how to write text, but also how to shoot video, edit, take audio recordings and edit them, take photographs. There’s a big issue: when you prepare a journalist for only one type of media, then it turns out that that person is not prepared and he’s left unemployed. I think we should no longer prepare newspaper journalists — they are many. Anyone who knows how to write can become a newspaper journalist. It’s a very depressive segment, with low pay. We shouldn’t force people there.

New media uses new professionals more. If there’s a terrorist act in Domodedovo [airport], someone has come with his phone and captured it, written it, uploaded the video online and sent it, he’s already a hero. What’s important is speed. If he begins to walk, at the same time saying, “Hey, when’s the photographer going to come, when’s the video going to be [ready],” the publishing house will immediately lose. Today the most important thing is preparing a multimedia journalist: a journalist who can work in any media environment.

In your opinion, which are the trends in today’s media?

Before, we were like an orchestra: here sits the violinist; there, the conductor; here, this; there, that, and everyone starts to play something. But now we’re like a DJ: there’s a disc, we put it on, then we put the other one on. And sometimes people send the discs.

Today we’re more of a media moderator, which is quite difficult, because this requires completely different skills. Before, we built the spider’s web from us: digging, thinking, writing. But now we perceive new media as a source. The blogs wrote about this, we can cite them, someone else wrote, people here said this, but at the same time it’s important to use traditional sources. That is, the journalist in new media has a new role: on one hand, as a moderator; on the other, as a fact checker, since people don’t have time to check the facts. Apart from journalists, who else would go and find out whether that’s right or not? People can write anything, but someone has to go and verify it.

While talking about the “Private Correspondent” we noted that you advertise it without spending money. How can you effectively promote the site and for free?

Get published in Creative Commons so Wikipedia can cite you. Cite yourselves in Wikipedia. Add articles there. Where there’s no fact, add a citation to your publication.

But you must have a Creative Commons license, otherwise they’ll remove all that. That is, resources more authoritative than you have to cite you. That will move your site up in searches. While getting cited in blogs will bring traffic to your site.

You’re preparing to write commissioned articles worth 7,000 rubles [about $247]. How realistic and ethical is that?

It’s completely realistic. You can pay 7,000 rubles and our journalist will come and write an article on a topic that you want. But I can’t say what she’ll write. I can’t promise you that we’ll write that which you want, because that’s impossible. That’s why the cost of the article is not 27,000 or 157,000 rubles, but 7,000.

Look, either way, I write for people, I serve people. If I, all the same, depend on them, I live thanks only to them, because they like what I write and they disseminate it in blogs, why can’t they say what I should write? I simply want to alter the relationship between media users and the media.