Alleged Document: A Guarantee Of Victory 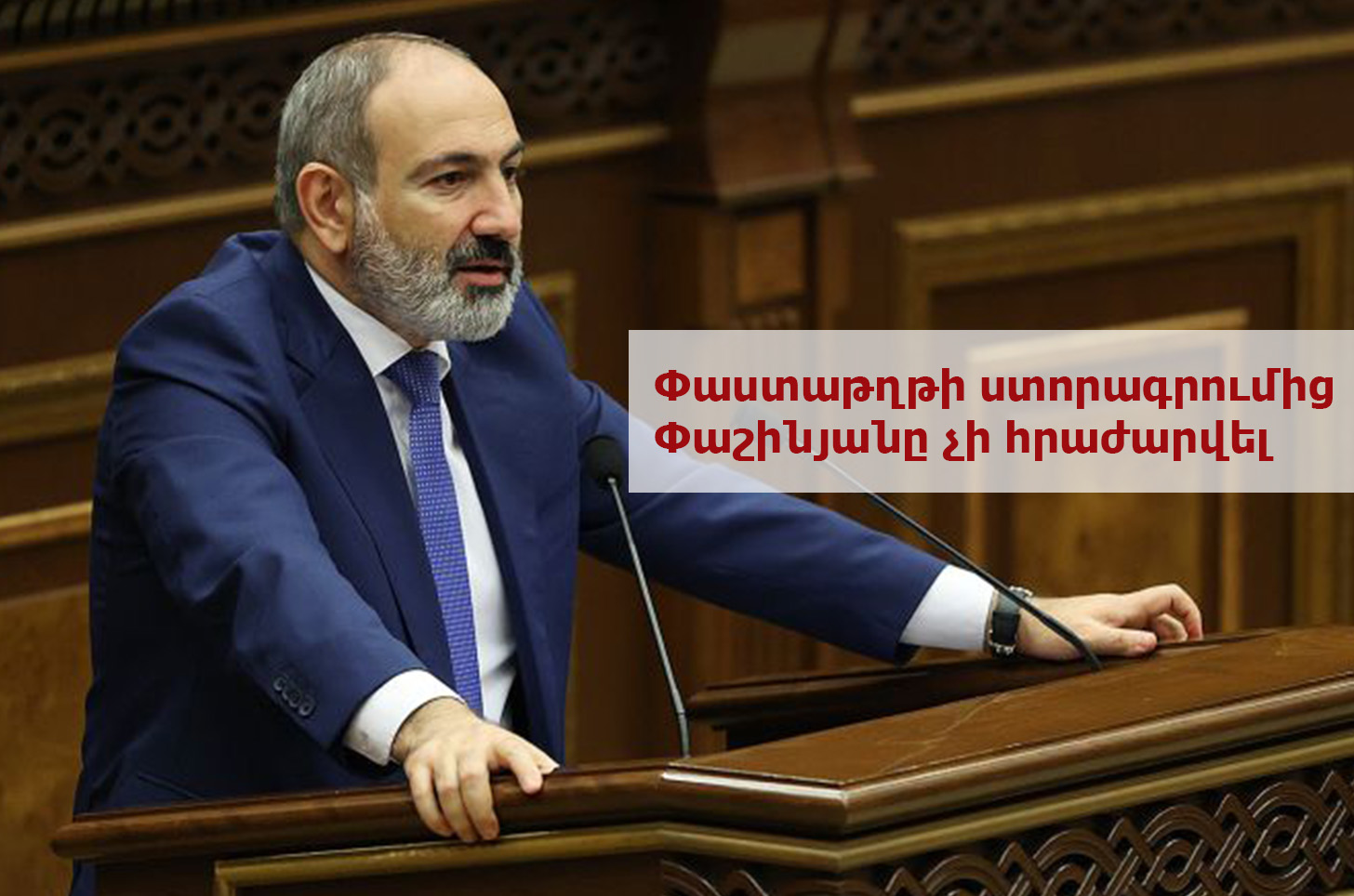 On September 14, during the NA-Government question-and-answer session, Prime Minister Nikol Pashinyan announced that they want to sign a paper, as a result of which they will be criticized and even removed from power, but Armenia will receive lasting peace with an area of 29,800 square kilometers.

“We want to sign a paper, as a result of which many people will criticize us, swear at us, call us traitors, the people may even decide to remove us from power. We will be even more satisfied and grateful if, as a result, the Republic of Armenia with an area of 29,800 square kilometers will receive lasting peace and security. I say very clearly: the decision that will ensure this, I will sign that decision. And I’m not interested in what will happen to me, I’m interested in what will happen to the Republic of Armenia,” he said in response to the MP’s question.

Hours later, the Prime Minister had to deny that he was going to sign any document, in a Facebook post and then in a live video. The reason is that Pashinyan’s statement about his readiness to sign a document worried many people, the latter held a rally in front of the National Assembly and the government calling for his resignation. The reason for people’s indignation was also the fact that information was spread by various influencers on social networks that such a document already exists and that Pashinyan signed it.

The text of the alleged document was also published on Telegram channels. According to it, Artsakh would be handed over to Azerbaijan, Armenia would give up its army, Turkey and Azerbaijan would be granted a corridor through the territory of Armenia, etc.

This alleged document was also discussed on Channel 5’s live broadcast and reportage. It was reported that a “document of unknown origin” was published on Telegram and its content was discussed.

The statement of Vardan Ghukasyan (Dog), a former police officer, now a video blogger, chairman of the “Hayots Hayrenik” party, that Nikol Pashinyan “has already signed the document” was actively spreading on Telegram channels. Vardan Ghukasyan was also one of the organizers of the protest against the government. The latter, by the way, does not disclose his location and communicates with the public through social media platforms. 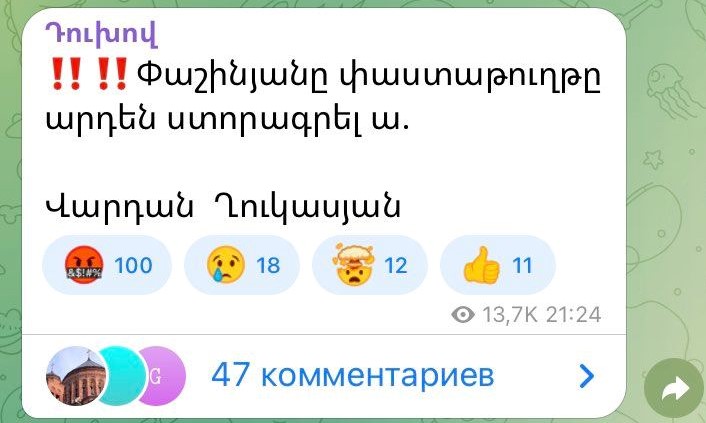 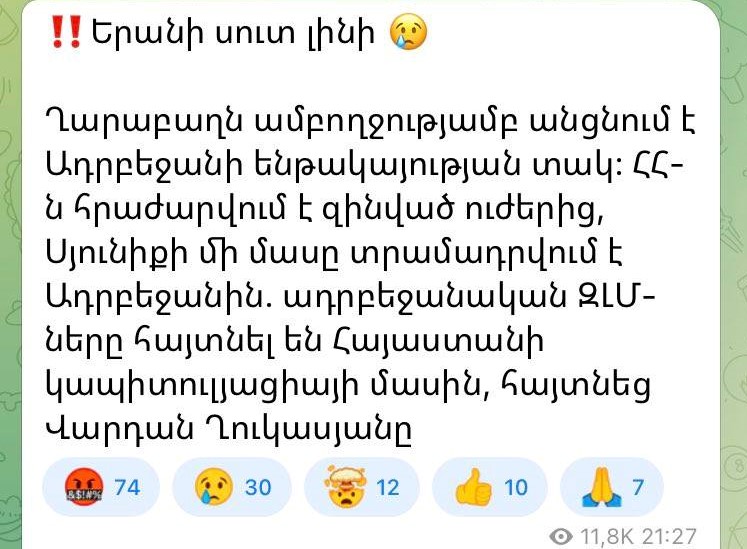 Thus, the text of the still non-existent document was “ready”, and the Prime Minister, as it were, managed to sign it. After the public denials of Nikol Pashinyan, NSS, SC Secretary Armen Grigoryan, CC deputies and others, Vardan Ghukasyan announced that Nikol Pashinyan refused to sign the document “thanks to the people who took to the streets.”

“The National Security, the General Staff definitely confirms that they will not sign such a document,” Vardan Ghukasyan conveyed to those gathered in front of the Government.

Many of those who held a rally in front of the National Assembly later presented the non-signing of the document as their main achievement. A similar statement was made by the former head of the staff of the Constitutional Court, Edgar Ghazaryan, a member of the “Unification” movement, and public and political figure Avetik Chalabyan.

It is important, however, that Nikol Pashinyan and others denied the information about the existence and signing of the document, however, they did not give up their willingness to sign, in the words of Pashinyan, the document that “provides long-term peace and security” for RA.

Thus, after the RA Prime Minister’s speech on September 14, texts from a non-existent document, which was supposedly signed by him, were circulated in the media. The opposition called the non-signing of the alleged document their victory.