How Many Apartments Have Current And Former Military Personnel Received In The Last 3 Years? 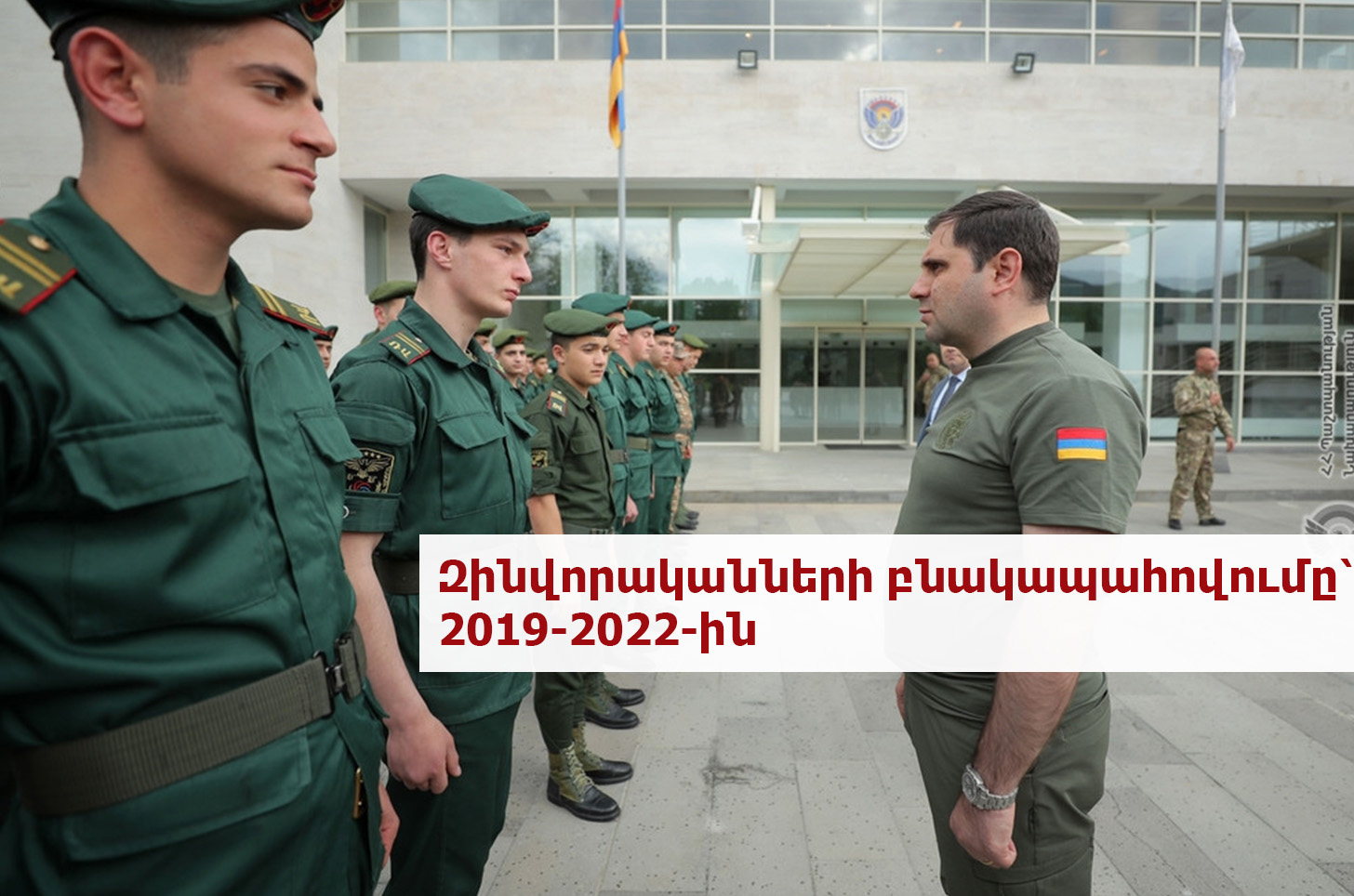 On July 6, Minister of Defense Suren Papikyan addressed the issue of housing for servicemen and pensioners from the floor of the National Assembly. He specifically mentioned that since 2019, 557 military pensioners have been given free state financial support through the apartment purchase certificate, which was discussed by the Central Housing Commission in order to purchase an apartment.

“From 2019 until today, 472 servicemen have purchased apartments through the mortgage lending program for the purpose of purchasing an apartment or a residential house or building a residential house by the contract servicemen of the RA Ministry of Defense system of officers and senior non-commissioned officers. We took care of the needs of about a thousand servicemen in 2019-21,” he said.

For 2022, according to Papikyan, they received 1,013 applications for 500 places. In addition to the planned 500 places, the government will approve the applications of 513 servicemen at the upcoming session.

Deputy Armen Khachatryan of the “Civil Contract” party came to supplement Papikyan’s words. He addressed his speech to those who, according to him, “constantly voice the idea that apartments have always been distributed by the Ministry of Defense and the government, this is not a new privilege.”

The next day, on July 7, Seyran Ohanyan, the leader of the opposition “Hayastan” faction, responded to these statements on “Azatutyan” air. In response to journalist Karlen Aslanyan’s question, Ohanyan said, “I don’t know if they have given 1,500 apartments during these few years. I do not believe so. We can do monitoring, ask a question and get an answer to it.”

Media.am made a written inquiry to the Ministry of Defense to find out how many servicemen of the RA Armed Forces and the Defense Army were allocated free housing by the state between 1992-2018 and 2019-2022.

In response, the Defense Department noted that 1,754 servicemen were provided with apartments by the RA Defense Ministry, 995 of them in Yerevan.

As for the period between 2019 and today (August 4), 571 military pensioners were given free state support for buying an apartment, 449 of whom have already purchased an apartment.

In addition, as of July 27, 2022, 496 contract servicemen of the officer and senior non-commissioned officers of the Ministry of Defense have acquired an apartment or residential house. A mortgage loan of 9,144,883,308 AMD was allocated to the latter. It turns out that 1,067 former and current military personnel received the right to purchase an apartment, of which 945 actually have an apartment.

In the response to the survey, the Ministry of Defense also mentioned that 500 servicemen of the RA Ministry of Defense can become beneficiaries of this program every year. 526 servicemen who submitted an application in 2022, but were not included in the program based on the lottery results, were also included in this year’s mortgage lending program. In other words, this year 1,026 servicemen received the right to purchase an apartment through a mortgage loan.

This program envisages a maximum of 28.5 million AMD in mortgage lending, within which 10 percent of the amount specified in the purchase contract is financed by the state as an advance payment. In the case of purchasing an apartment built or under construction or a residential house under construction directly from the developer, the annual percentage of the loan will be 7 percent, 3 percent of which will be subsidized by the state, and the remaining 4 percent will be returned to the borrower at the expense of the income tax he paid. The selection of program participants for each year will be made by lottery.

Thus, in 2019-2022 During this period, 945 current and former military personnel have already acquired an apartment with the support of the state, and 1,148 are on the way to acquiring it. The issue of accommodation for 2,093 military personnel has been solved. Note that this number changes every day because the number of beneficiaries increases. The information is based on the data of the Ministry of Defense on August 4.