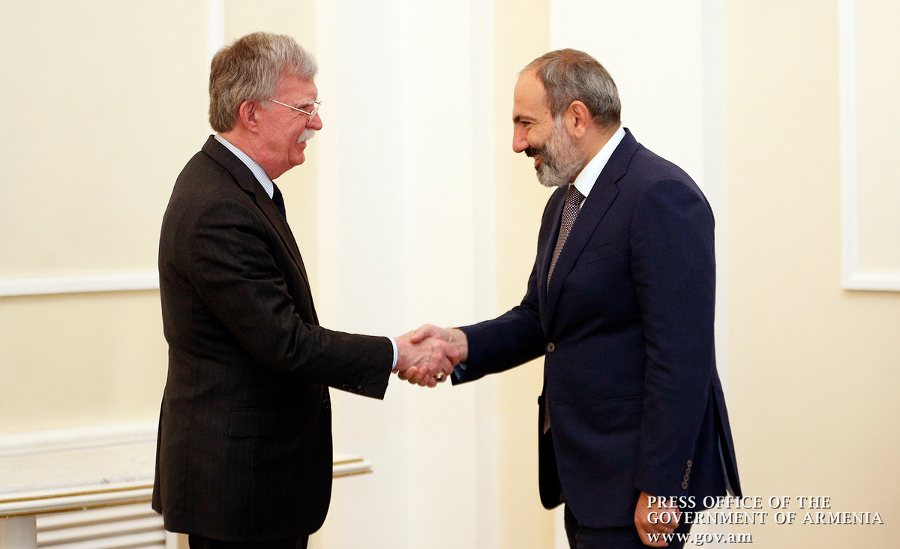 On July 13, former US President Donald Trump’s security advisor John Bolton gave an interview to the American CNN TV channel, admitting for the first time that he has “experience” in organizing “coups” in other countries.

This “confession” reminded Armenian media and social network users of Bolton’s statements made during his visit to Armenia after the 2018 revolution, which appear quite often in the Armenian media.

What did Bolton say?

In an interview with CNN, Bolton spoke candidly about the Trump administration and US foreign policy, saying that the attack on the Capitol was not actually an attempted coup and that he, having been involved in coups elsewhere, knows that they require a long time and work.

In the Armenian media, it was assumed that Bolton, speaking about coups, also meant what happened in Armenia in 2018. However, the former American official notes that there are concrete examples such as the countries of the Middle East and Venezuela.

On the other hand, Bolton was appointed to the position in September 2018, after the revolution in Armenia.

Who is John Bolton?

Diplomat and lawyer John Bolton was appointed US President Donald Trump’s National Security Adviser in September 2018 and was fired a year later due to disagreements with Trump. Bolton also worked with President Reagan and was the US ambassador to the United Nations from 2005-2006.

Bolton is also known as a member of the “Friends of Israel Initiative” and the Turkish opposition “Turkish Democracy Project” initiatives. Turkey’s official media accuses Bolton of “being an American lobbyist” and carrying out propaganda against Erdogan’s government.

After the “Velvet” revolution of 2018, in October of the same year, Bolton was in Armenia, met Prime Minister Nikol Pashinyan, and gave an interview to “Azatutyun” radio station, talking about Armenian-American relations and the Artsakh issue.

Some statements from hence this interview have started to circulate in recent days, reminding us again of the “Bolton Plan” regarding the Artsakh issue.

During the interview, Bolton mentioned that Armenia can have military cooperation with the USA by diversifying the purchases of weapons and ending its dependence on Russia. Bolton noted that although there are restrictions on military cooperation with Armenia and Azerbaijan due to the Nagorno Karabakh conflict, there are still “exceptions.” Pashinyan answered back then that if there is a “beneficial” offer from the US, Armenia can discuss it and the country does not depend on any other country in this matter.

Speaking about the Artsakh problem, Bolton noted the importance of reaching a settlement within the co-chairmanship of the OSCE Minsk Group.

He noted that after the revolution, Prime Minister Pashinyan’s high rating could give him the opportunity to take “decisive” steps in the direction of resolving the conflict. “And I wouldn’t want to predetermine what he will decide to do,” Bolton said, expressing hope that if Pashinyan’s wish is to reach an agreement and the latter is ready for it, then he hopes that Azerbaijan will be ready to do the same. According to Bolton, the extraordinary elections organized after the revolution were the best time to “take a decisive step” in Artsakh.

The Armenian media regularly remembers the American diplomat and his statements related to the Artsakh issue or developments in the region. Official statements are often presented out of context or manipulated.

The “Bolton Plan” is presented in the Armenian and Russian media as a program about the US policy towards Iran, where a special place was given to the issue of extracting concessions from Armenia on the Artsakh issue and “preparing the Armenian society for peace.” According to analysts, it also included “deterioration of Armenia’s relations” with Russia and Iran.

The “Bolton plan” was also actively discussed in June 2019, when the foreign ministers of Armenia and Azerbaijan met in the United States. After the war, the problem of the Goris-Kapan road and the closure of the road was also presented as part of the “Bolton plan” to close the Armenian-real border or the “road of life” for Armenia.