Law Enforcement “Concerns” About The Protests Were Not Substantiated 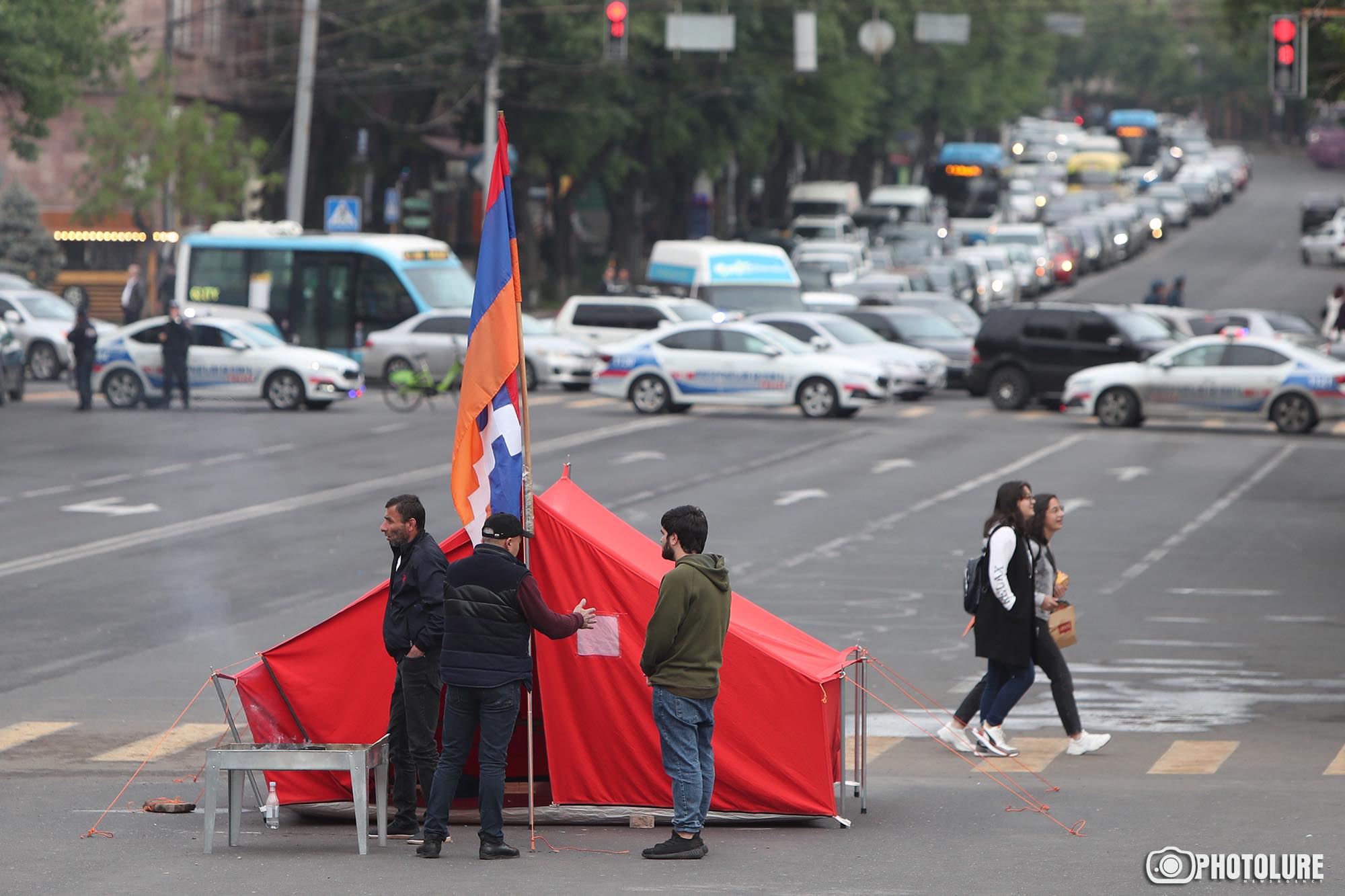 For about 6 days now, the parliamentary opposition has been continuing its actions of disobedience demanding the resignation of Prime Minister Nikol Pashinyan. The first rally took place on May 1, as the opposition had announced in the days preceding it. In the run-up to and following the protests, both the NSS and the police, as well as the media, issued statements that the opposition described as intimidating. Republican Party Deputy Chairman Armen Ashotyan noted that “all the provocations that may take place at the rally are organized exclusively by the authorities.”

The police, for example, made several statements on April 30 and May 1. First, it urged the participants and organizers of the rallies to refrain from actions aimed at violating public order, to respect the rights of citizens, and warned to hold violators of the rules accountable. The next day, on May 1, the police spoke about the inadmissibility of carrying weapons during rallies.

“According to Article 30, Part 1, Clause 1 of the RA Law on Freedom of Assembly, participants of the rally are obliged not to carry weapons or objects used as weapons during said rally. The RA Police urges to strictly observe the requirements of the above-mentioned norm, which is in the interests of public safety,” the statement said.

Another statement was made by the police on May 4, before the NA-Government Q&A. According to the report, the law enforcement body had information that some participants of the rally would occupy the NA building.

The National Security Service, in turn, has issued two messages about the rallies over the course of these days. The first was on April 30, when the NSS alerted that “there are real dangers of organizing and carrying out mass riots in Armenia.”

Both the police and the NSS received operative information that on May 4, “the organizers of the rally in Yerevan intend to provoke illegal actions through provocations during the regular session of the RA National Assembly and incite the rally participants to seize the NA building.”

The government press also actively wrote about possible provocations. For example, araratnews.am, founded by NA Speaker Alen Simonyan, reported that according to its information, “it is possible that an attempt will be made to transfer means threatening the health and life of citizens to Yerevan in order to resort to provocations.” Civic.am sources reported that “about 15 full buses were brought to Armenia from Karabakh.”

Against the background of these announcements, the Artsakh NSS denied that a large number of citizens from Artsakh were leaving for Yerevan to participate in the rally.

“… in recent days, no significant change has been registered in the number of vehicles and persons leaving Artsakh for Armenia,” the NSS statement said.

RA Deputy Chief of Police Aram Hovhannisyan, in his turn, denied the news about the regional “raider.”

Despite calls from government agencies and the press, none of the protesters demanding Nikol Pashinyan’s resignation has so far received a call to possess or use a weapon.

As for the occupation of the National Assembly, on May 4, Ishkhan Saghatelyan, the opposition vice-speaker of the parliament, said in his speech that they would not occupy any building, as “there is no more power in the buildings.” No attempt was actually made to seize the National Assembly that day.

Media.am’s fact-finding team tried to find out whether both the NSS and the police made similar operative statements at rallies organized by the government as well.

It turned out that no. Examining the last rally held in the Republic Square at the call of Nikol Pashinyan (June 21, 2021), we see that neither the police nor the NSS official websites posted such warning statements.