The Video Of The Explosion Is Not New, It Was Not Taken In Cherkasy 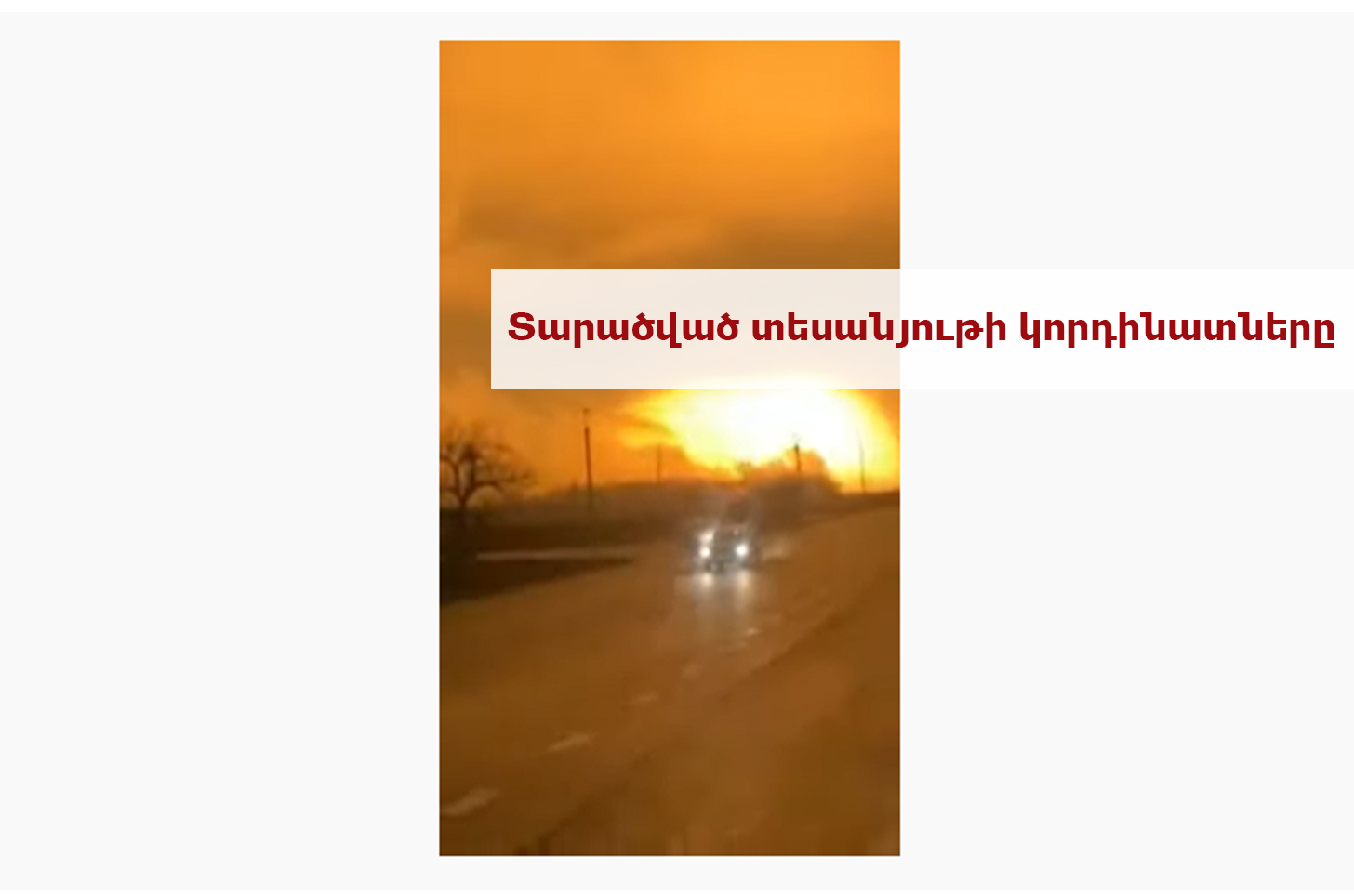 Late in the evening of February 27, Russian Telegram channels began broadcasting a video of the explosion, which was allegedly taken in the Ukrainian city of Cherkasy. On February 28 (around 01:00) the video began to spread widely in the Armenian domain of the Internet. Pastark.am noted that the city was subjected to a powerful rocket attack.

Shortly afterward, Cherkasy Mayor Alexander Skichko announced on his official Facebook page that the video was fake and was not taken in Cherkasy.

Media.am found out that the video is not fake, but it was taken not in the city of Cherkasy, but in the village of Palanka in the Cherkasy region. In addition, the explosion took place at the beginning of hostilities on February 24.

The locals tell their story

In a conversation with us, local Maxim Boyko confirmed that there was an explosion, but not on February 27, but 4 days ago. According to him, the explosion took place in the area of Rosshik village. He also provided us with another shot from the same explosion, taken on February 24. 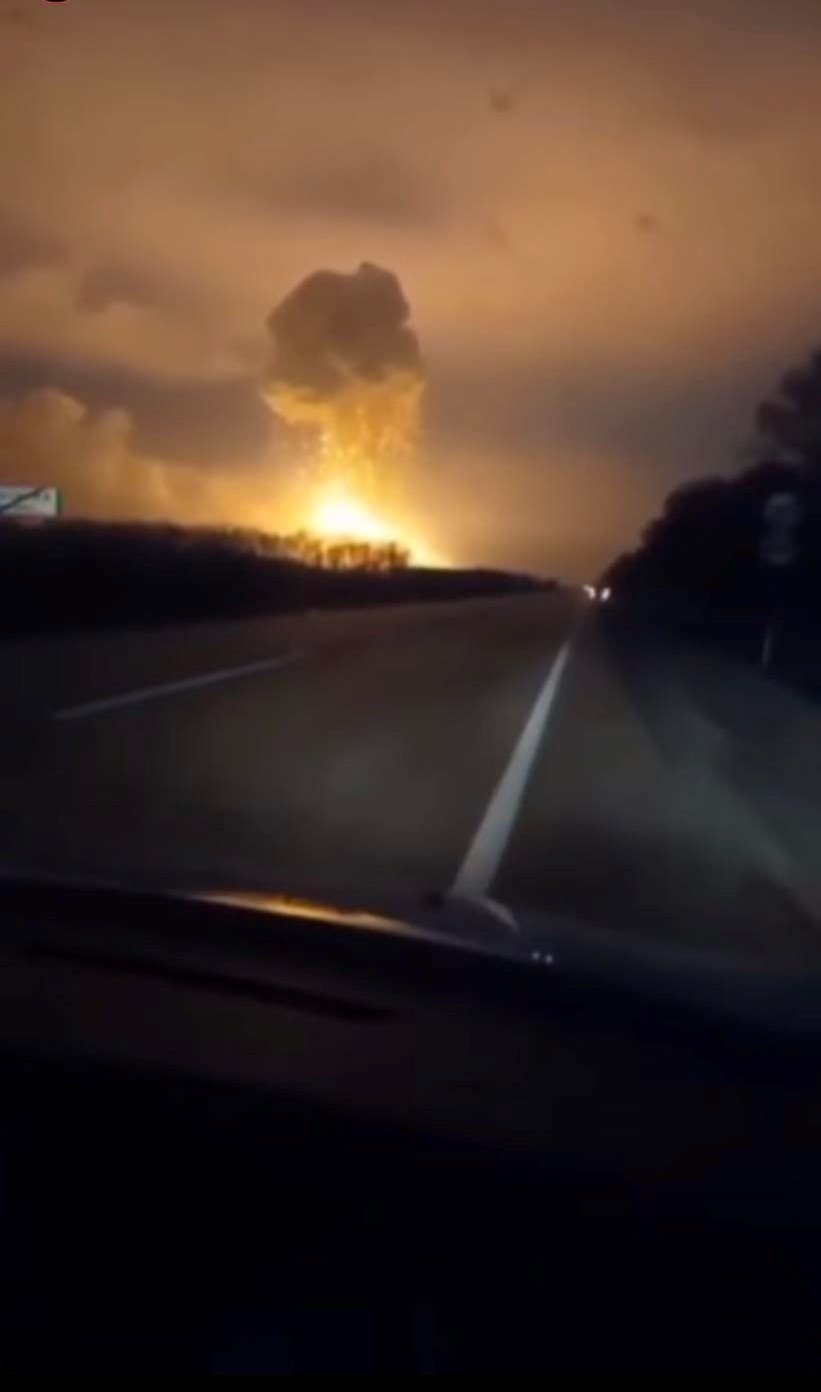 Video from the village of Palanka 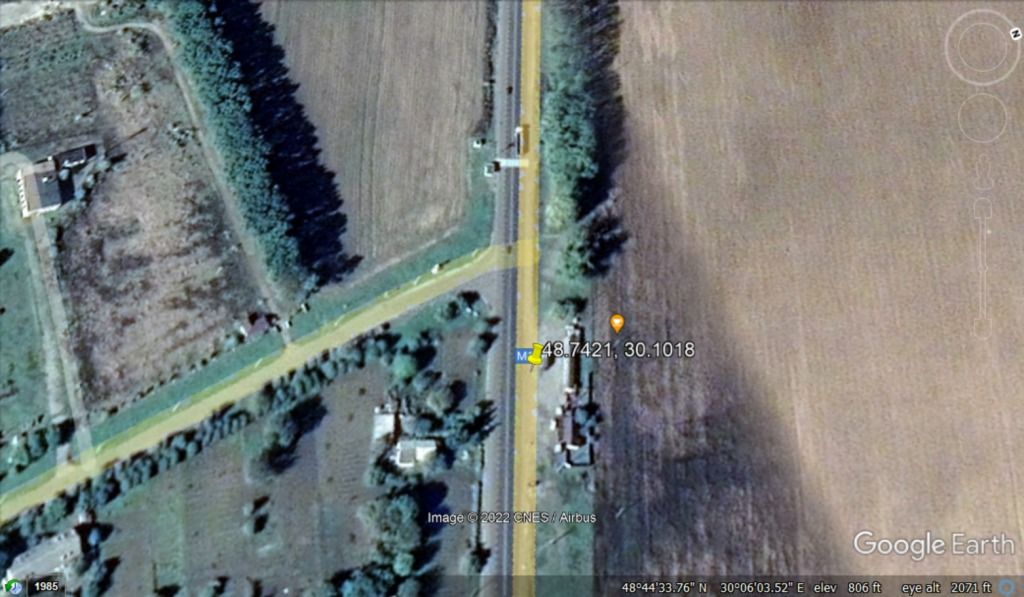 Comparing the video footage and satellite photos, we are convinced that we are talking about the same area. 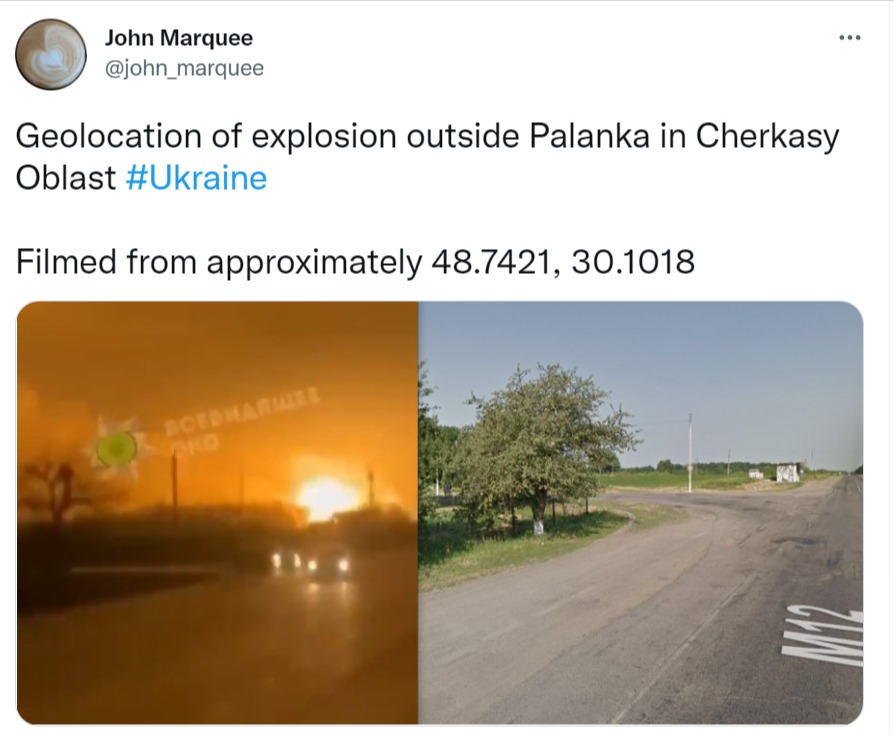 Thus, the scene of the explosion is from the village of Palanka. And while it is only now just spreading online, it actually took place a few days ago, on February 24. The city of Cherkasy is mentioned as the place of the explosion, but the mayor of Cherkasy and the locals claim that there was no explosion in their city. Their words are confirmed by satellite images.