Who Commented What On The Decision Of The Constitutional Court? 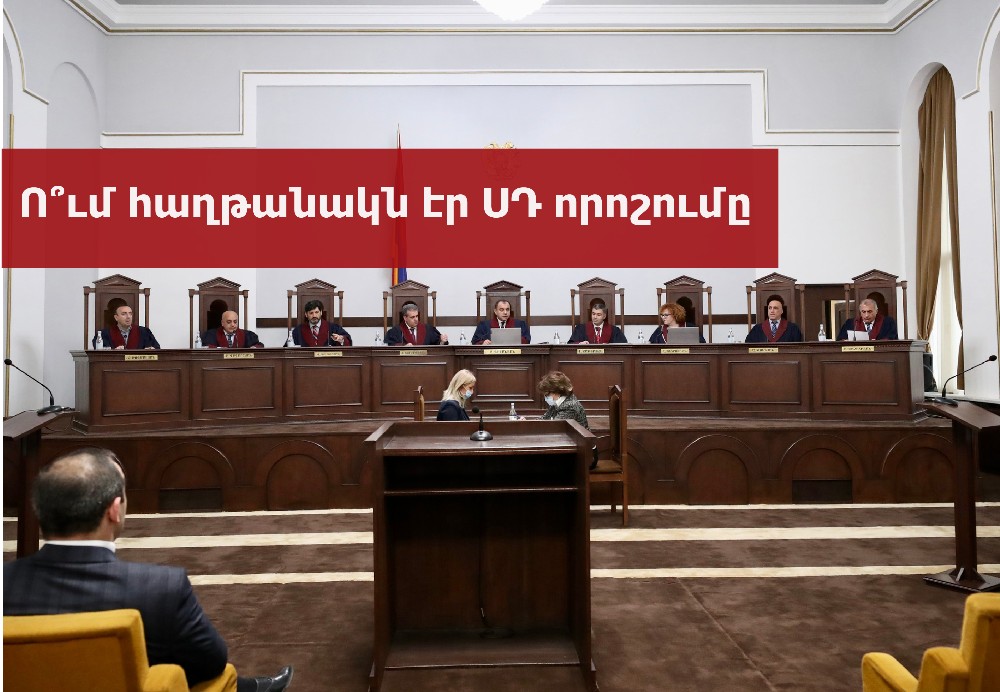 On December 23, the Constitutional Court (CC) issued a decision on the order of the Minister of Health, according to which the phrase “conducting a PCR examination at the expense of the employee” was recognized as unconstitutional.

Opposition MPs demanded that the Supreme Court uncover whether the mandatory 14-day test order is constitutional.

Various comments were made about the court decision.

Media.am tried to make heads or tails out of this legal mess and present who manipulated the issue.

Whose victory was the decision of the Constitutional Court?

Initially, it was mentioned that the Constitutional Court recognized the minister’s decision as unconstitutional, without specifying what exactly the decision was about. This gave the impression that the requirement for citizens to be vaccinated or to have a mandatory PCR test every 7 days was removed. Meanwhile, the wording “the employee carries out at their own expense” was declared unconstitutional.

“Recognize the phrase ‘at his own expense’ as contradictory and invalid in accordance with Article 6  part1 and part 2 and Article 39 of the Constitution, taking into account that when using the PCR diagnostic service to diagnose of coronavirus (COVID-19), the definition of the scope of entities (employees) liable to pay for it is beyond the scope of the powers vested in the Minister of Health by law,” the CC said in a statement.

It turns out that the ministry does not have the authority to decide “at whose expense” the employee will carry out the testing. However, for those who have not been vaccinated, it is still mandatory to submit a test result when going to work.

Channel 5 described the decision of the Constitutional Court as a victory of “Armenia” bloc MP Aram Vardevanyan over Minister Anahit Avanesyan. And the head of the legal department of the Ministry of Health Anna Mkrtumyan assured that the court decision is the victory of the ministry.

Despite these statements, the decision of the Constitutional Court cannot be called the victory of anyone. It is true that the wording of one of the annexes to the minister’s order was declared unconstitutional, and it turns out that the ministry made an unconstitutional decision, but the requirement for PCR testing remains a legal and mandatory requirement.

One of Aram Vardevanyan’s main demands was to force the government to reimburse for PCR tests, while the decision of the Constitutional Court did not impose such a claim on the state or the employer. It is unknown at this time what he will do after leaving the post. The full text of the decision must be published on the official website of the Constitutional Court within three days.

Is the cost of testing a state responsibility?

Aram Vardevanyan, a member of the “Hayastan” faction, who filed a complaint in the High Court, announced live on Facebook yesterday that the burden of paying for the tests will no longer fall on the citizen’s shoulders, and the state must bear the cost.

However, as we have already mentioned, the decision of the Constitutional Court did not specify on whom the burden of compensation would be imposed. This claim is therefore an arbitrary interpretation of the court decision.

Media.am covered Vardevanyan’s claims about the international experience back in October. Our research has shown that although the cost of testing in the early stages of mass vaccination was actually borne by the state, governments over time realized that this was hampering the vaccination process and announced that the tests would be paid for [by citizens].