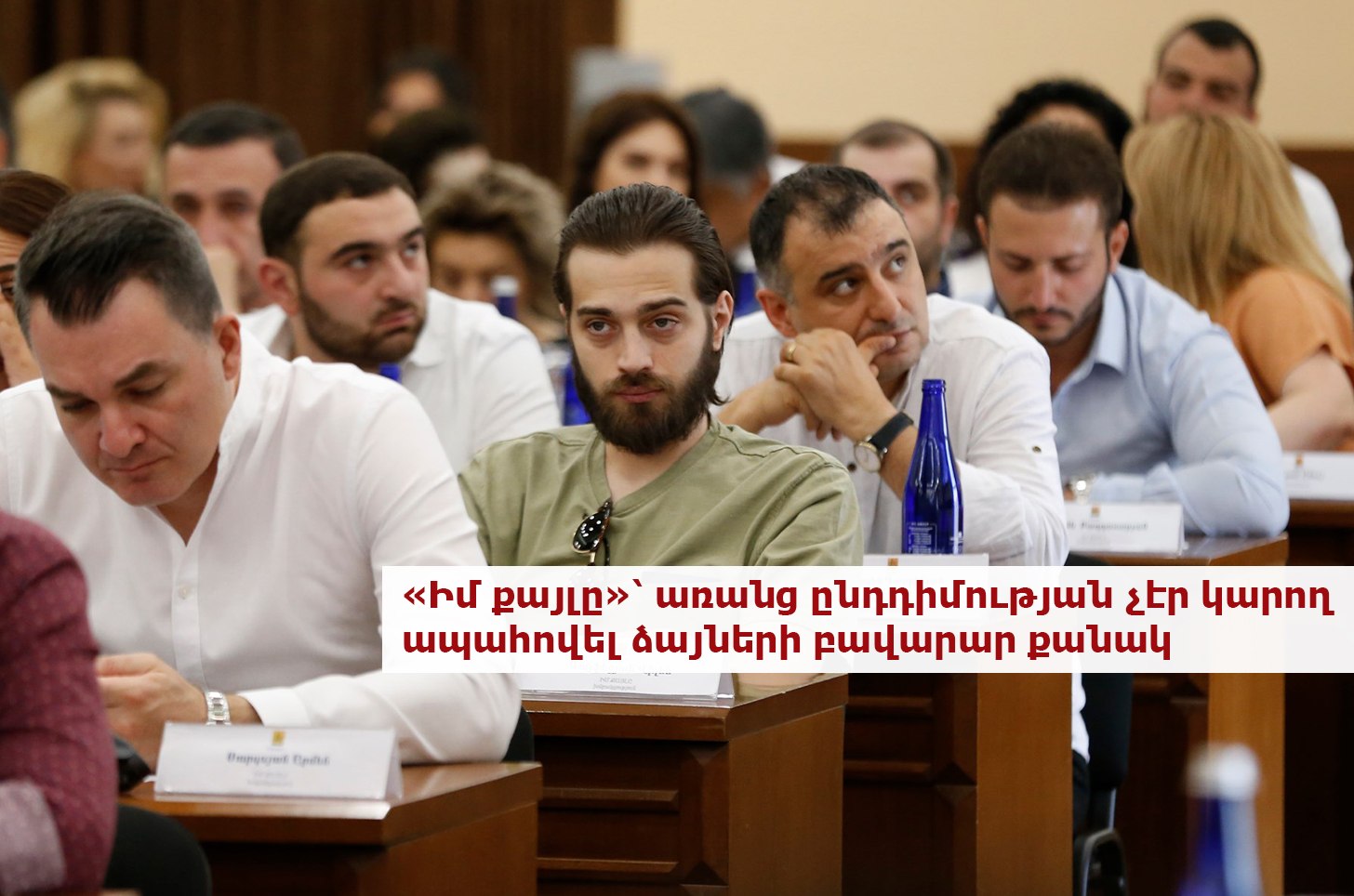 The ruling faction of the Yerevan Council of Elders has started the process of dismissing Mayor Hayk Marutyan. This campaign will be discussed at the special session of the Council of Elders on December 22. Media.am wrote about the information campaign that preceded this process, that the media affiliated with the government were running against Marutyan.

“We are talking about 211 new buses, for the purchase of which the Council of Elders had to make a decision in February of this year. The night before the regular session, it has become clear that an attempt is being made to sabotage the procurement process by not coming directly to the session, so that there is no quorum and the purchase of new buses fails,” Gevorgyan wrote. He added that the attempt of sabotage was made by phone calls to the members of the Council of Elders so that they would not be present at the sitting, and on the day of the sitting they tried to remove people from the sitting by direct calls.

A few hours later, the same information was published by Grigor Yeritsyan, a former member of the “My Step” Council of Elders.

In response to this post, the “My Step” faction posted an announcement on its official Facebook page, noting that “without My Step votes, government support and Hrachya Sargsyan’s daily work, the acquisition of the new buses could not have taken place.”

Media.am decided to find out which members of the Council of Elders took part in the sitting, what was the voting like and whether the “My Step” faction ensured the minimum number of votes.

On February 12, 2021, at 11:00, a special session of the Yerevan City Council took place, in which 35 members were initially registered. The first on the agenda was the issue of making changes in decision N310-N of December 23, 2020, of the Yerevan City Council. It was planned to add 11 billion 988 million 460 thousand AMD to the “Transportation System Modernization” program, within the framework of which 161 units of buses were to be purchased from the Yerevan budget.

Although at the beginning of the sitting Mayor Hayk Marutyan announced that 35 members were registered in the Council of Elders (34:35), nevertheless we see in the minutes of the sitting that 34 people took part in the voting.

30 members of the “My Step” faction took part in the voting.

The sitting and voting took place thanks to the participation of 4 more members, which are Markos Harutyunyan, Armen Nersisyan (PAP), Ernest Avanesov and Isabella Abgaryan (independent). Therefore, the claim that the “My Step” faction has secured the minimum number of votes to purchase buses does not correspond to reality.

Two members of the “My Step” faction, Arpenik Marutyan and Sergey Gyozalyan, abstained from voting.