By The Order Of A Telegram Channel, Azerbaijanis Are Trying To Spread Panic In Armenia 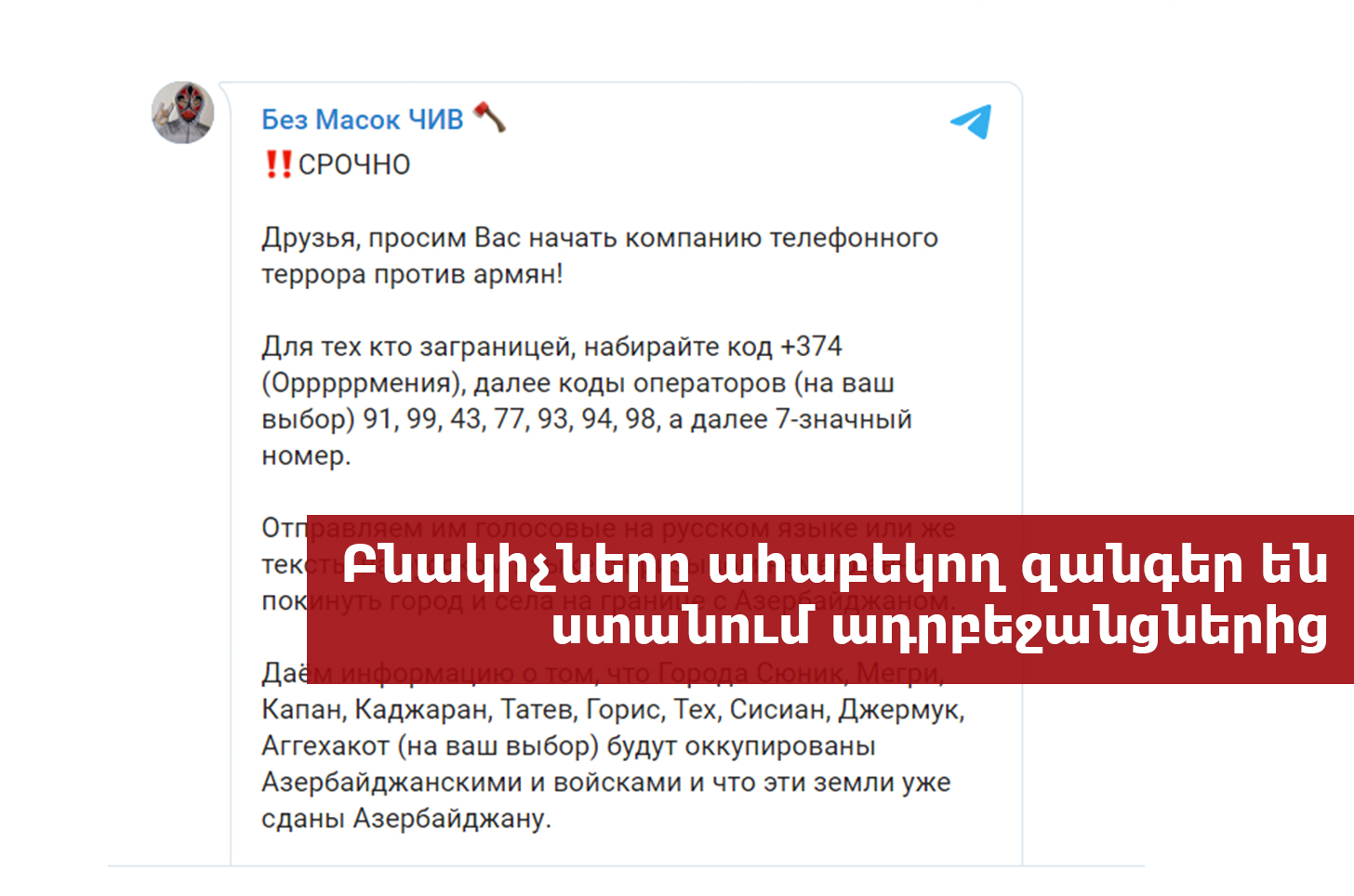 “Please start a telephone terror campaign against Armenians,” the statement reads. “We are spreading maximum PANIC.”

“Please be informed that the cities of Syunik, Meghri, Kapan, Kajaran, Tatev, Goris, Tegh, Sisian, Jermuk, Angeghakot (of your choice) will be occupied by Azerbaijan and Azerbaijani troops and that these lands have already been handed over to Azerbaijan,” the statement reads.

Taking a look at the comments, we noticed that the followers have already started calling Armenian numbers. 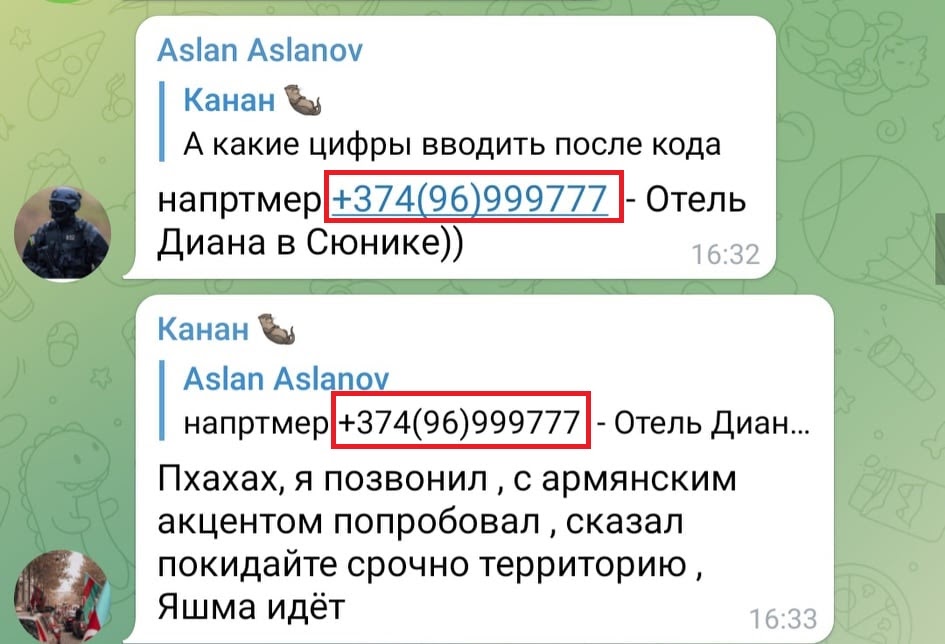 The mentioned number really belongs to the Syunik Diana hotel complex. The hotel administration informed Media.am that today they received a call from an unknown number. The caller called in Russian, urging to escape from the hotel, as the Azerbaijani side had carried out an attack. The hotel employee has already contacted the police and provided the phone number, although during our call he still doubted whether the threatening call was true or not.

It should be noted that “Без Масок ЧИВ” presents itself as a channel “guarding the borders” of Azerbaijan in Telegram. The channel has a pronounced anti-Armenian content and it is not the first time that it makes such requests and shares information containing falsifications.

On May 21, 2021, “Без Масок ЧИВ” published a false document on the dissolution of the Armenian Armed Forces, which was widely spread in the media. Media.am covered this topic in detail.

Thus, the Azerbaijani Telegram Channel urges making calls to Armenian numbers and intimidating the residents of the border communities. There is already a recipient of such a call. The information provided by the channel’s followers is aimed at spreading panic among the Armenian population.